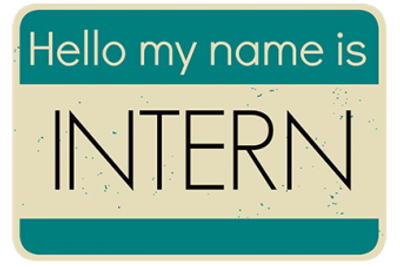 $2
per month
Join
We have all been there. The Intern. Certainly not the most glamorous of titles BUT the company would completely fall apart without you!

Welcome to 50/50 Arts Production Company- You are an Intern.

$5
per month
Join
I know we have all seen a large cast musical or Shakespeare play where the ensemble is terrible and destroys the show or just the opposite! A strong Ensemble is the key to any theatrical event and that is you!

Welcome to 50/50 Arts Production Company- You are in the Ensemble.

$10
per month
Join
You have put in the time and the extra hours as well as many productions as an intern and ensemble member! It's time for that big official promotion and you know what that means!

Welcome to 50/50 Arts Production Company. You are A Company Member!

The idea for 50/50 came out of a desire to form a theatre company that gave equal attention to Classic Theatre and New Works. Campfire Classics came out of a passion for storytelling and laughter during camping trips.

Founding members Ken Sandberg and Heather Michele Lawler met in Graduate School at the University of Missouri: Kansas City (UMKC) while pursuing their MFAs in Acting/Directing. They realized quickly that they shared similar artistic backgrounds, with professional stage work including Musical Theater, Shakespeare, and New Plays. They also shared a common ambition: to start a company.

After graduation, Heather and Ken moved to NYC. Less than a year later, 50/50 mounted its first production. "The Death Of...", written and performed by Ken Sandberg and directed and designed by Heather Michele Lawler. After the New York production, 50/50 remounted the production to sold out houses in Ken's hometown of Alexandria, Minnesota.

In September 2019 Heather began sailing the seas performing in 'Footloose" and "Wine Lovers: The Musical" on the Norwegian Joy. Ken stayed in New York City, continuing to work and writing a new musical and a series of short plays. They have reunited back on solid ground, though currently displaced from NYC, staying with family in Iowa City.
During this uncertain time, humanity needs new art and artists. So yes, it's funny to launch a production company in the midst of this madness, but it is also more important now than ever. And circumstances have led us to reach far beyond our first humble goals of just being another Theatre.

Come check out our most recent project Campfire Classics- A New Literary Comedy Podcast where we TRY to read those book that look good on your shelf...and laugh a lot along the way! Listen now on your favorite streaming services. https://linktr.ee/CampfireClassics