is creating the animation short-film "AVA"

$1
per month
Join
Thank you! I deeply appreciate your backing!

Fellow people of the interwebs,
my name is Michail and I am a professional concept designer & illustrator.

My passion lies in philosophical, character-driven storytelling, with a strong emphasis on atmosphere, expressed in emmersive visual and captivating auditive aesthetics.
I grew up with the blockbuster hits from the late 70s to the early 90s which, for me, is the golden age of moviemaking.

I have a vision for a short-film, that I'd like to create with a very unique semi-realistic, semi-painterly art-style. This art-style has been developed over many years in conjunction with the narrative and will be the perfect vessle to transport the message of the film. 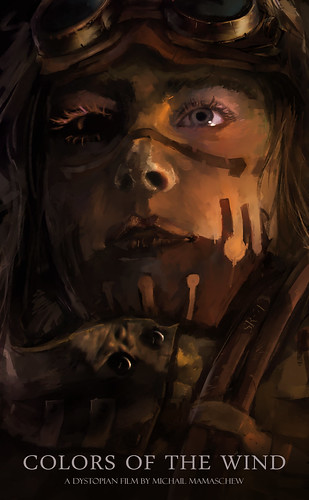 What is it about?

The setting is a dystopic, soviet-like, retrofuturistic world. In the middle of it we find our protagonist, a highly sensitive and emphatic cybernetic hermaphrodite who struggles greatly with her confidence, due to her deep understanding of emotions and desire, which stands in strong contrast to her environmental perception, shaped by a phenomenon, called "hypernormalisation". A state describing a severe sociological lethargy. This dissonance forces her to alter her inner workings. At first with a low degree of success, leading to more self-destruction, later with the help of an android mechanic, finally gaining the long-lost confidence by examining her suppressed past.

My goal is to create an extremely strong visual, symbolic and auditive story with the focus on the dystopic atmosphere and character's catharsis. The short-film is planned to be without dialogue, dedicated to show the character's emotions trough optical und musical storytelling alone. I hope to create a statement, that challenges psycho-social and philosophical issues on a solely audio-visual level.

What is the plan?

Currently, I am a one man team. I write the story, design the world and characters, animate them and write the music for this movie.
I freelance to cover my living costs and I invest most of my spare time developing this project.

Timeline-wise I have been spending the last year on research, especially regarding the reference material and other shortfilm(structures).
I have been trough the first iterations of the world design, the clothing, characters, story and the logic behind the world and do have a firm grasp on the visual look of the movie.
Currently I am researching animationpipelines and testing various applications to see which one fits best. This is a very technical and timeconsuming process and will take up several months to half a year.
Afterwards I will assemle the fist scenes and put my focus on the muscial and auditive layer.

The goal then is to create a series of pitch videos/teasers to prototype the workflow and give a vertical slice of the audio-visual quality, meanwhile, create a fan base and attract more investors.
The more investors/patreons I can convince, the more time I can spend on working and marketing this film.

Once a significant amount of funding is secured I will hire additional artists to increase the production-speed and eventually finish this film. The projected length will be appx. 7 minutes.

From there on I will apply at short film festivals and push the recognition value. With some luck, it might be possible to either sell the IP or push it to a self-published full feature, depending on the circumstances.

I've spent years developing the sweet-spot for the most stylistic, impactful and economical way to project the idea on the canvas. I have come to the conclusion that an animated movie will give me the control I need to shape the vision perfectly on the screen.


Visuals:
I am a concept artist and I have been developing my artistic style since I started drawing as a kid. I created a unique and strong personal fingerprint in terms of aesthetics that you can check out at my Artstation site:


Artstation Site
Animation:
I have been traditionally animating in the past and I am aware of the amount of work it needs to get something finished, so I conclude that the most efficient way that suits my stylistic needs would be a mixture of parallax, digital puppet, frame by frame animation and camera projection mapping with a rigged base mesh. Further, particle effects and the necessary final VFX touch.

To give you an Idea who used similar animation techniques, check out these references:


By the way, though it's old, it's still my animation reel:
Animation Reel
Music:
Parallel to my animation career, I was a performing musician and instructor and I am a huge admirer of various musical styles. To give you an impression of what I am capable of in terms of musical writing, here is a link to some of my output: 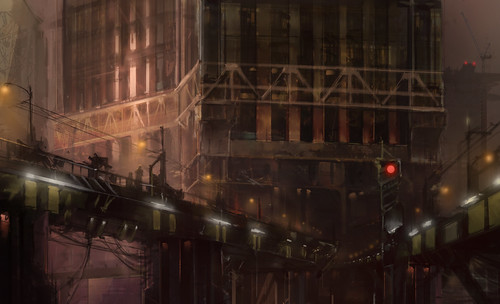 Why I need you:

I want this product to grow with the audience and bypass as many passive elements as possible. I feel that Patreon is an amazing way of supporting an artist and his vision and it's the best and direct way to appreciate an artist's idea and proof of concept at the same time. I prefer this very direct artist to audience relation and your funding will help me to spend more time on this project, as well as in later stages, hire more helping hands to produce and manage more content.

In conclusion, every dollar is highly appreciated, it will give me an operative financial basis, motivation, and approval to push this project forward and possibly convince external investors.

Last but not least:

Beyond just making an amazing and entertaining movie I'd like to push thematic and stylistic frontiers. I have the personal ambition to inspire people with the topics I will cover in this movie. Challenging the established values and thought patterns and/or giving the viewer a world to escape to would be a great fulfillment.


Thank you very much!
Respectfully
Michail