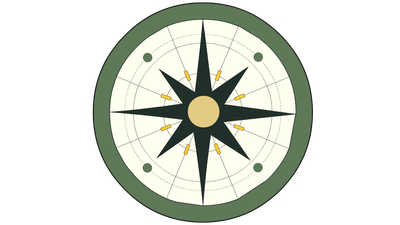 $2
per month
Join
You believe in the mission of The Guild and offer your services where you can.

$5
per month
Join
The Guild recognizes your potential, but first you must be trained and certified before going into the field.


All previous rewards PLUS:

$10
per month
Join
You possess the skill to defend your home and defeat the horrors that cross into Ederaveth.

All previous rewards PLUS:

What is Adventure Squad? We created this cast of characters December 2017 as a joke, but the story tellers in us demanded narrative and welp, here we are. With a full cast, a fleshed out world, story and many many sketches. There will be adventure! Drama! Romance! All in a low-key fantasy setting.

Adventure Squad is about five to-be friends trying to make name for themselves on the continent of Ederaveth, a world plagued by unstable inter-dimensional tears and overpopulated by adventurers trying to do the same exact thing. This group will tackle (with whatever grace they can muster) mysteries such as: magic swords, hiring freelancers, income taxes, how to date people, giant monsters, self care, family found and how to run a successful business!

We are inspired by D&D, Pathfinder and Role Playing Games with big open worlds that encourage players to create their own narratives. We want to capture the situational comedy of D&D campaigns, while also telling a compelling story about the struggles of young professionals, self care and family found.

Thank you for checking out our project, we hope you have as much fun as we are having on this journey!

We have a Discord Server which is open to the public
BUT if you become a patron you get a special tag and access to secret channels so please consider doing so!

33% complete
This covers basic expenses like URL, cloud storage and Adobe subscriptions, all things I need to create and deliver content to you!

Hitting this milestone will unlock NSFW rewards for our $10 Tier ;)