Amaraine Games is creating content you must be 18+ to view. Are you 18 years of age or older? 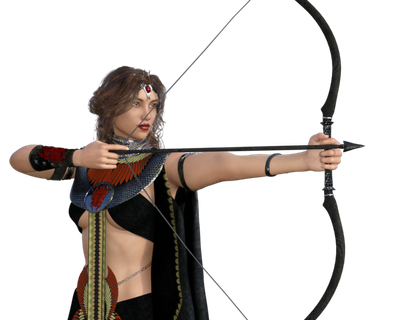 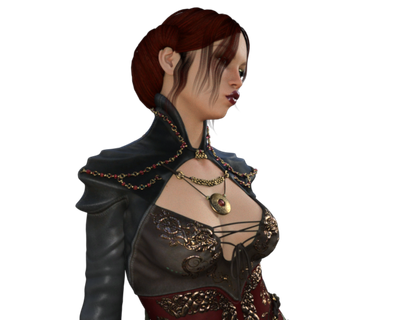 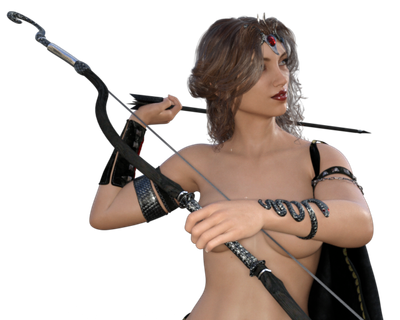 I'm the author of several adult games: Bondage Island, Lucretia's Legacy, Damsels and Dungeons, and Leather and Steel. Thank you for checking my page out, and I hope you'll download the games and enjoy them.

No games are currently being worked on. This Patreon page exists as a tipjar, although I may return to making games sometime in the future.

Leather and Steel is my most recent game. You're a married man... and your wife wants you to have sex with as many girls as possible. You find some very kinky women to play with. As is usual for my games, it's hard to "win" on the first try.

Damsels and Dungeons is about building a roster of sexy adventurers, getting them loot... and seducing them. It combines an old-school Fantasy RPG element with themes of Exhibitionism, Voyeurism, S/M, Bondage, Threesomes, Dominance, Submission, and Humiliation. It's just been finished as of now... you can get the 1.16 release for free, which has most of the functionality of the final version, but 1.18, the patron release, adds a lot of new graphics and a few bells and whistles.

In this game you acquire some magical powers from the goddess Freyja, and the means to fight Loki's plan to create chaos in your town. Naturally, you do this with spells ... and by seducing girls! This game is available free to play, and is unfinished -- the game has since been modified to make the basis of Leather and Steel. Players find the current version a challenge, which is as intended, but most manage to figure out how to beat it with a few tries.

In Lucretia's Legacy, you play a vampire who has just been bitten. The game is about pursuing Master/slave relationships with several women, while thwarting the plans of an evil vampire. There are 10 girls to choose from. Lucretia's Legacy features higher quality models and more complex game play than Bondage Island. The final version is now publicly available.

Bondage Island is a completed game built on the Ren'py engine. You play a dominant who is just learning his BDSM skills, and can seduce and form Master/slave relationships with any of five lovely submissive ladies on an island resort, or learn skills from them and use them to live happily ever after with your old girlfriend from your home town. It is possible to form relationships with more than one person, but hard to form relationships with all of them. The game is playable in an hour or so, and many people choose to play it multiple times. Making every girl your slave is difficult a, although one player did it and sent me a screenshot, so please don't feel bad if you don't succeed at that level with everyone. Having to make choices is an intended part of game play. The graphics are not as good as on more recent games, but I'm still proud of the game play.

Thank you so much, Patrons! You helped make this possible, especially in terms of getting better models and resources for the graphics in these games.