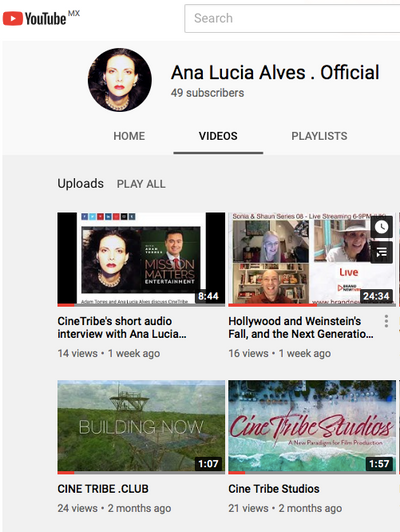 $7
per month
Join
Ana has now done 12 episode of her weekly (or not sometimes) YouTube VPodCast #ReclaimYourMind, revealing the excitement around the building of Cine Tribe Studios' in Tulum, The Vedic Times Eco-Village facilities and its amazing community. Also having deep discussions on important issues, with amazing characters. 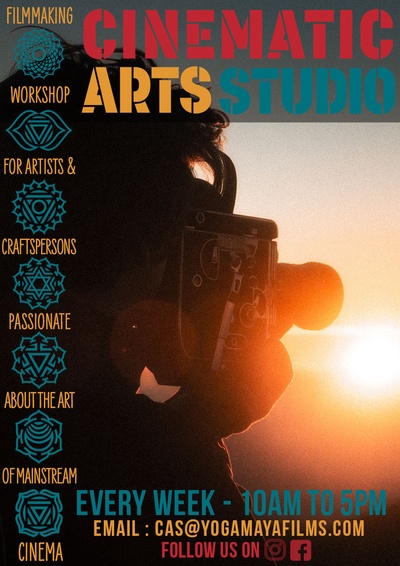 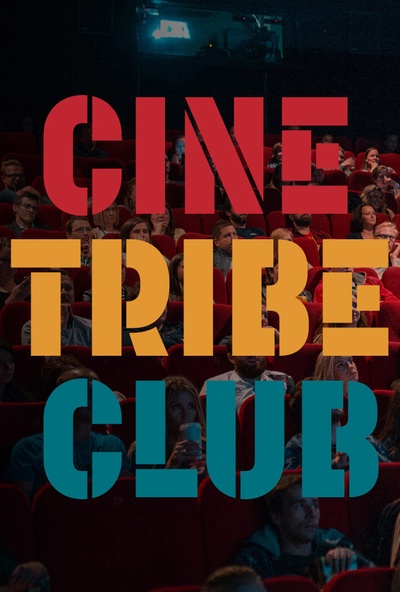 “Beauty will save the world”

Ciné Tribe is a group of (early stage) projects aligned toward a single purpose: an entertainment industry based on independent voices, free from corporate cultural conditioning and geo-political agendas.

There is an Artist in each one of us; it's paramount that we express and promote our humanity though the Arts.

Get involved today by becoming a Patron; because it takes a town to make a great Movie!

The 'Time to Die' & 'Art Club' Movies needs 12 months minimum of your Patron-ship, so please chose well. And if you wish to contribute 'one time' only, please contact me directly. Thank you.

Everyone who contributes to the Movie Production will receive the equivalent % of profit share; note that resources and time of cast and crew are also factoring in.

As physicists try to uncover the base structure of matter, CIEN TRIBE and Yoga-Maya Entertainment is working to uncover the profound psychological nature of cinema.

This focus on technology – rather than movies – has left audiences uninspired and studios relying on marketing rather than content.

Cinema’s renaissance is about the magic of cinema; conceiving, producing and experiencing it. Yoga-Maya is all about this 21st century ‘New Wave’.

Synopsis: "The movie shows the last words and feelings from a group of people spread around the world, after being told that a private and powerful group are carrying out a global extinction event in the next 24 hours."

We're looking for US$ 4,000.00 to finish it.
More benefits and details upon request.