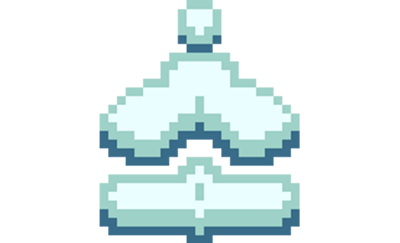 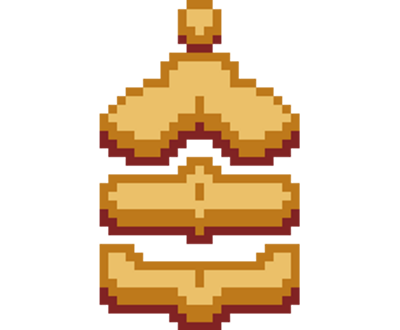 Set in the not-too-distant future, mankind has finally discovered the secrets to long-distance space travel and, in their haste to explore the stars, are infected with a virus that alters the Y chromosome in developing infants, causing all children to be born female.

As Alicia, you must outwit, outshoot, and outlast the various creatures lurking on and below the planet's surface as she locates survivors and explores deep caves, ancient ruins, alien jungles, and more, all while searching for a cure to save humanity. 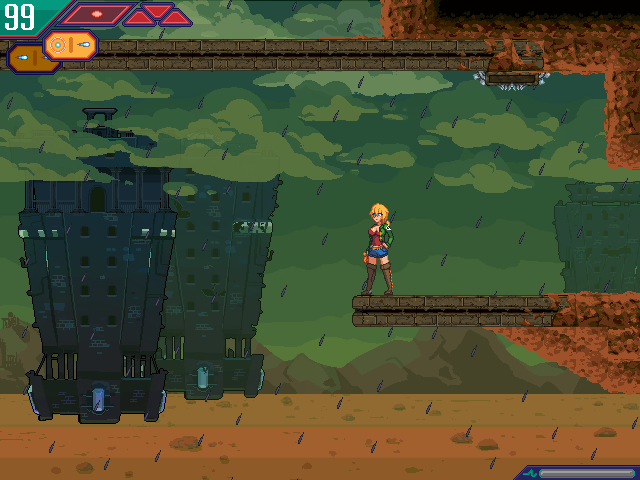 The gameplay of Crisis Point revolves around exploration and finding new abilities, ranging from an explosive blaster to an aerial jump. Powering yourself up will enable you to access new areas and even more powerups, but with new environments comes new threats, and throughout the adventure you'll get to see a huge variety of sexual content.

-At least 2 per enemy, with even more scenes throughout the story!

-Unlock scenes by playing the game and then watch them again at your leisure!

-The amount of sex you have determines the ending, once the game is complete!

-Unlock new abilities and weapons to help you explore and fight enemies!
-Customize your blaster by choosing up to two of over a dozen modifications! (The above rewards are only given for the duration of your pledge)
PLEASE BE AWARE THAT PLAYABLE PROTOTYPE BUILD REWARDS ARE FOR WINDOWS ONLY, NO OTHER PLATFORMS ARE CURRENTLY SUPPORTED


We aim to have a major game update release every other month, meaning that depending on when you pledge, there may or may not be an update coming that month. If you pledge on a month with no pending update, don't worry - you still get access to the previous updates as soon as your pledge is processed, and even if you cancel your pledge before the next update comes out, you'll still receive a Patreon message containing the link to the update once it is released!

Anon42 is myself, and I am he. I'm the main workforce behind Crisis Point; after starting the game solo, I now supply game design, programming, writing, level design, and some animation, among all other sorts of goodies. I take the art and audio my team makes and turn it into something playable, fun, and polished.

Orexius, who previously handled the game's background art, is now our lead animator and spriter, bringing life to the many creatures that inhabit Crisis Point's world, which frees up my time to focus on the things I do best. Both a reliable worker and a close friend, the game wouldn't be the same without him.

Kuso Otoko is no longer a member of the Crisis Point team, but during his time with us, he used his exceptional art skills to create many of the CG scenes you can see in the game.

Though no longer a member of the Crisis Point team, LustFire has still left his mark on the game in various ways - he was responsible for the old CGs that are currently being remade by Kuso, as well as helping to flesh out the designs of many characters in the game.

FlynnFlann, creator of Dimlight City, is working with us to redesign Crisis Point's UI from the ground up, and making the game look much nicer in the process.

Green Iniquities is Crisis Point's sound designer. He's in charge of creating the sound effects that bring the game to life, from footsteps to sci-fi blaster noises and everything inbetween.

Red is the environmental artist for Crisis Point, creating the pixel art that makes up the levels you walk around in. He's a more recent hire so some of the art hasn't been updated by him yet, but judging by the work he HAS done, he's an invaluable member of the team when it comes to bringing our worlds to life!

Puffernutter is not only a talented artist, but also the person closest to me in this world, and the entire reason Crisis Point exists. While her contributions up until now have been purely moral, she's recently joined the team officially, assisting in developing the game's background art and making every area feel unique.

Diana Lockhart is the voice actress for Alicia herself, bringing character and life to our protagonist. She was the first actress hired to work on the game, and she's done an absolutely fantastic job.

Patrick Seymour currently voices for Rodriguez, the Warped Soldiers and Warped Scientists, as well as an upcoming enemy, the Torguis. He's a super talented dude that's been more than capable of any role I've thrown at him.

Ivan E. Recshun (which may or may not be his real name) provides his silky smooth voice in the role of Birch, a scientist who is perhaps a little too interested in science. Reliable, fast, and skilled, he's one hell of an actor we're lucky to have on the team.

SilkyMilk is the voice actress for both the Female Warped Soldier, and the Alraune. She's a super talented actress with a HUGE range of voices, so don't be surprised if she shows up even more as other characters!

Lady Lustria is the voice actress for the Warped Sentry. With several adult voice acting positions under her belt already, she was a perfect fit for the game. 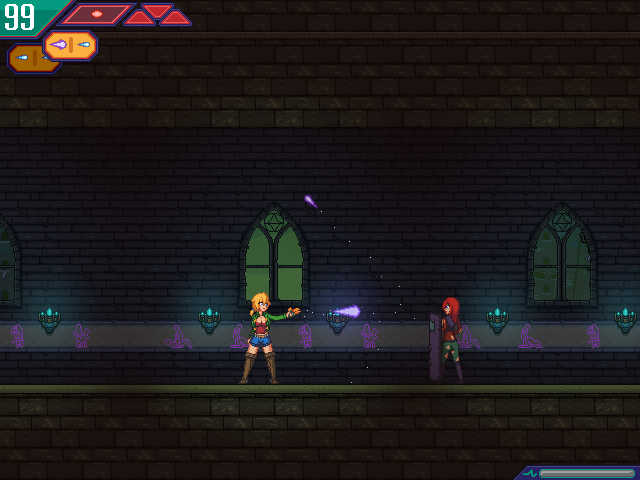 Thank you so much to all you fantastic people for showing interest in my work. With your help, I hope to create some amazing products we can all enjoy for a long time to come!
-Anon 42

$6,000 - reached! per month
Reaching $6000 per month will allow Orexius to start working on the game full-time, too! Originally hired as a tileset artist, he has since become the head animator of the project, animating the many creatures of Crisis Point (including Alicia herself), taking a huge load of work off my back and leaving me more time to work on the other elements of Crisis Point.
3 of 3