Arcane Reservoir, Patreon, What?
Greetings, hello, welcome. My name is Ben Sime, and this is Arcane Reservoir a Malifaux focused podcast. I've been a voice of many Malifaux podcasts for roughly five years (maybe longer, please don’t make me count), and I've been hosting this particular show for about a year and a half. Until AR, as the kids like to call it, I was only ever a voice on the show, a co-host at best, over the years people decided to give up on or stop podcasting (be it permanent or a long period of time) and I had to hop from show to show.

So I created my own show: Arcane Reservoir.

So What Is That?

After doing so many shows I (mostly) knew exactly what I wanted from the podcast.
I wanted it to sound good.
I wanted the Malifaux scene, especially the UK tournaments and new TOs to get the coverage they deserve.
I wanted the show to be a voice for those that I would want to hear from and that others may not get to, a place to be a voice for some who have a silent presence in this ever-growing scene.
I wanted to keep to a schedule.
Also I wanted to do a show that I know that I would listen to.

Taking on hosting, editing, publishing and everything else became equally more work as it was more rewarding. There is a sense of achievement when hitting publish every fortnight and the best feeling when someone tells me either online or at an event that they enjoyed the show.
However, when the mics go off my work is no longer over. Priding myself on having the show be as listenable as I can make it takes time and effort. Editing the show takes two to three times as long as recording minimum, previously longer as all the editing I do is self taught or done via the power of Googling.
This in itself has been a learning experience but spending an evening editing a podcast about a game rather than going out to actually play it can be an issue.

Now even with all these extra responsibilities and costs (such as hosting) I have taken on without your funding I would still try and keep the show going but it has come to a point where I need to look forwards. 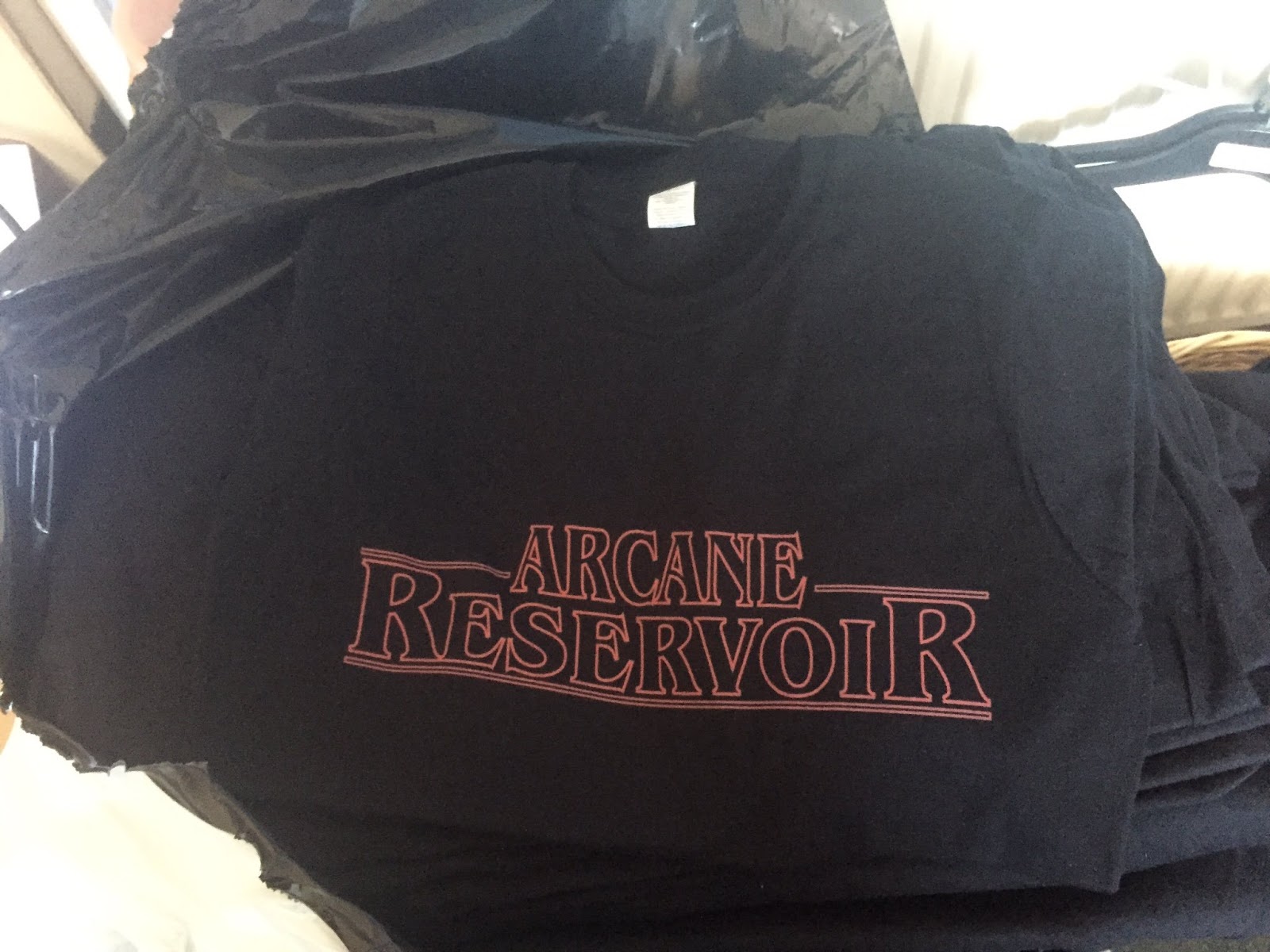 Thanks to the support of Patrons past and present Arcane Reservoir has been able to do many cool things.
Sweet merchandise, bar one week off there's been a new show every two weeks, quality of sound has improved, there's a website (more on that later) and there had even been lots of prizes.

Over this year I've learnt a lot of things that work and don't for the Patreon and I'd like to not just do more of the same, I'd like to do more and the same.
By that I mean, still a show every two weeks but hey, why not weekly if there is demand.
Merchandise is cool, let's make a little more and make it a little more easily available.
Let's continue having raffles but let's have better prizes.
Twitter, Facebook, they're both nice but let's open up somewhere else (more private) to chat.

When I set up the Patreon I explained that I didn't want to have sponsorship, in fact maybe to my own determent I also barely plug even the Patreon itself on the podcast itself.

I still stand by the fact that I don't want full on ad-breaks and I don't want 10 minutes of spiel at the beginning of the show unless it's to promote events.

One mild change is that I do have an affiliate link with Leodis Games.

They've been very good to me as a customer and with permission from the Patrons (at the time) I sorted this out.
Simply use http://leodisgames.com/ref/6/ when shopping for toys. It costs you nothing more but I get a percentage cut which I can then use to go towards prizes etc.

Also there may be one extra avenue which will have ads but that is not under my control. 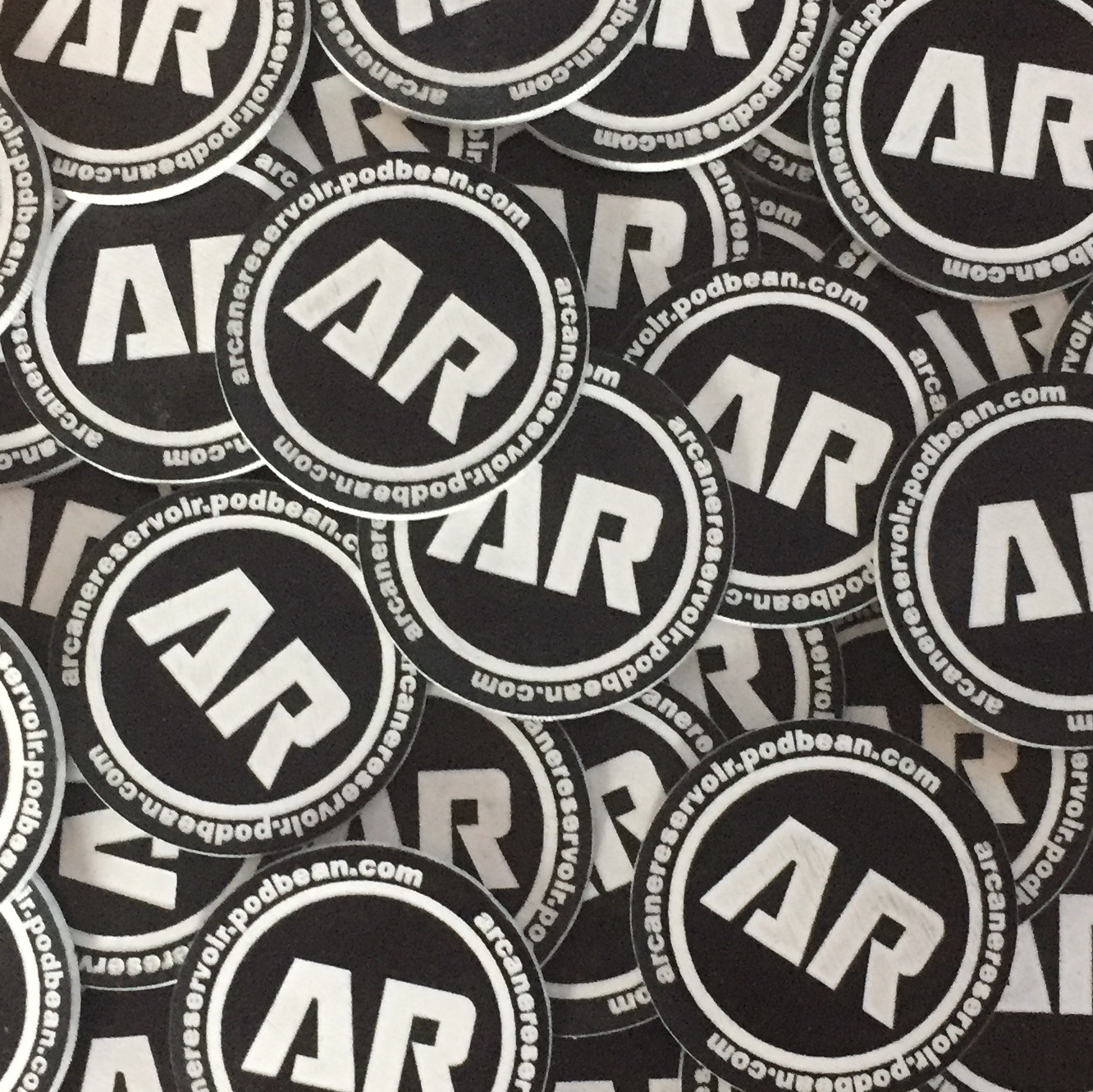 The plan for 2018 (and by that I actually mean end of 2017 onward) is that merchandise will available to Patrons at any point, for now that'll be T shirts, but hopefully that'll be more as time moves on.

Higher level Patrons will get hefty discounts for their support and as always I plan on everyone who backs getting a little something.
Expect new counters in the new year.

The other avenue and new goal target will be for AR LIVE.
At time of writing there has been one of these and it is simply a live and uncut podcast done through https://www.twitch.tv/psientologist
There are pros and cons of doing the show this way and due to that I do not want it to replace how the podcast is done but again I'd like to do it in addition.
Cons wise, the sound quality won't be as good and the shows will not be edited.
Pros though are that you can join in the show by joining in the Twitch chat and also live can me "up-to-the-minute".
Going forwards I'd like AR LIVE to be a monthly show, in addition to the normal cast.

Also if AR LIVE goes well I can become a Twitch affiliate meaning I can gain a subscription button and custom emotes.

Whether you fund me or not, thank you.
The fact you’ve even taken time to look at this means you’ve paid some attention to the show and probably have at least considered helping out.

See you on the other side.
- Ben

$25 of $30 per episode
With two shows a month this amount will mean I am no longer out of pocket for hosting the podcast and having the website.
1 of 5