Go to the front of the line! 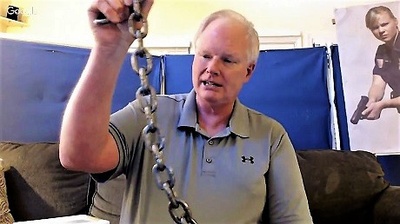 Everyone who donates $5 or more a month who calls in to the Armed Alabama Show (251-343-0106) will be be put at the top of the waiting callers  queue. Just tell the call screener that you are an Armed Alabama Patreon and your name and you will go to the top.

Alabama has no mandatory requirement to take a class before a CCW can be obtained.  This keeps with the spirit of the 2nd Amendment and is fine with us. But, because of this, many people have questions about where they can carry their firearms, when they can can use deadly force, and if they should. That is where the Armed Alabama Show comes in.

The show broadcast from FMTalk1065 in Mobile, Alabama every Tuesday from 6pm to 8pm CDT. We talk about firearms safety, legal responsibility of owning and carrying a firearm, pistols, revolvers, rifles, shotguns, ammunition, concealed carry, personal defense training and attacks on our God given Right to protect ourselves and our families.

While we have commercial advertisers we do not want to be totally dependent on advertising alone as that sometime gets in the way of being totally objective.
The Armed Alabama Show began March 15, 2016 and expanded in July due to heavy demand. We have answered as many as 25 calls during the two hour period. Due to live streaming, we have taken calls from all over the country. http://armedalabama.com/radio-show
Free On Demand Podcast are available at:soundcloud.com/armed-alabama