$2
per month
Join
At even the most meager level of support, Austin will give you downloads of their most recent music, including unmastered demos, MIDI files, anything that strikes your fancy really.
$50
per month
Join
If you pledge $50 a month (and we hit $200 a month in funding, see our "Milestone Goals", you can pick one of Austin's old essays for them to redo as an episode of Critical Switch! We'll see how this goes, but for right now we're going to limit it to a one time reward on your first pledge. (And no, cancelling and re-pledging will not get you more episodes.)

Austin C. Howe is a videogame critic, historian, and theorist. Their work has been featured in publications of all sizes, including Five out Of Ten magazine, Memory Insufficient, and Critical Distance, and they also maintain their blog, Haptic Feedback full of critique of all sorts even beyond videogames. 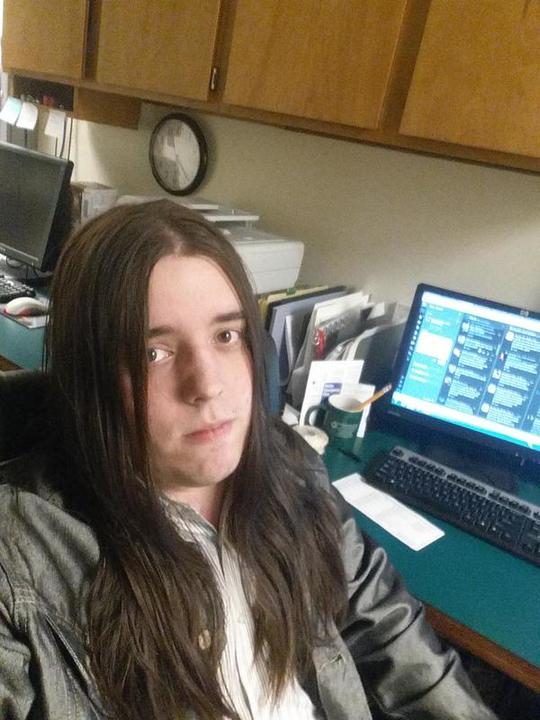 Austin's work has centered on games primarily as methods of storytelling, looking at how a game's script, cinematography, systems and mechanics, and its dissociation of the player and player character can create thought-provoking thematics or heart-rending narratives. Their work has focused on commercial and console games from the late-90's to early-2010's, and they are particularly an expert on Japanese Role-Playing Games of the mid-90's to early-2000's, as seen in their articles on Final Fantasy VIII for Ontological Geek and Memory Insufficient.

With this Patreon, Austin funds all of their "independent" critical work, so to speak. Primarily this is the short-form podcast Critical Switch, and keeping Haptic Feedback up to date with their freelance work and as a relevant archive of their pre-2015 work. This Patreon also supports Critical Collusion, a podcast featuring critical discussions on focused topics, Smarrcade, the critical pro wrestling podcast Austin hosts with Solon S. Scott III (see below), and Austin's music.

Funding from this Patreon has also supported work by:

Zolani Stewart was here at the launch of Critical Switch, and is still here in spirit. He contributed episodes on a bi-weekly basis for most of 2015, until leaving to focus on his own freelance writing, editing, and publishing career. You can support his work here.

Devon Carter writes for his blog, The Silver Grinding, and also hosts the Dead Genre Chronicles podcast, where Austin was a frequent guest on early episodes. He contributed the episode "JRPGs and Simplicity" in the Spring of 2015. You can support his work here.

Heather Alexandra writes for her blog, Trans Gamer Thoughts, and has contributed articles to Paste and many other websites. She contributed the episode "Procedural Generation in Game Design" in the Summer of 2015.

Solon S. Scott III is the host of Rainy Day Let's Play, and contributed a two-part episode dissecting the "irresponsibility" of Undertale in December of 2015. He is also the co-host, with Austin, of Smarrcade, which is hosted on the same Libsyn as CritSwitch and CritCollusion.

With this Patreon, Austin is looking to contribute to the games ecosystem with their unique brand of performed essays about videogames, much like what you already see on our blogs. This audio criticism is published weekly on Libsyn for free download. With your help, I aim to bring in more voices, as well as produce more content, such as podcasts and livestreams. With your support so far, we are now working on new, unannounced projects!