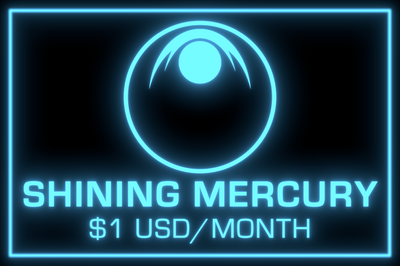 $1
per month
Join
-Special Thanks on all new videos published & access to Patreon Feed!
-1 "Ask Us Anything" Question Per Month!
Raging Venus 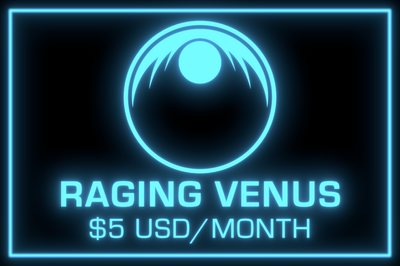 $5
per month
Join
-Special Thanks on all new videos published & access to Patreon Feed!
-Digital copies of all future uploaded "Let's Play" Videos!
-2 "Ask Us Anything" Questions Per Month!
Burning Earth 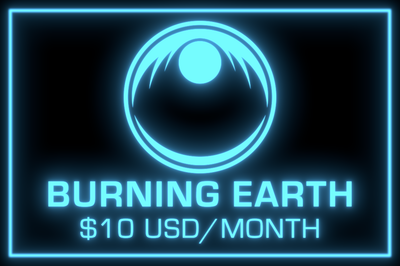 $10
per month
Join
-Special Thanks on all new videos published & access to Patreon Feed!
-Digital copies of all future uploaded "Let's Play" Videos!
-Pitch an idea to us for a new Let's Play series!
-3 "Ask Us Anything" Question Per Month!

My name is Chris Kroznuski (though you might also know me as Burning Earth Chris), and I'm a 3D animator and visual effects artist. I am most famous for making the USS Enterprise appear over my Wal-Mart several years back.

Visual effects and animation are two of my biggest passions, and I'm working extremely hard to turn those passions into a career as a visual storyteller; when I'm not doing animation work, I like to play sci-fi themed video games.

I started to learn 3D animation around 2008, during my years in high school -- I needed something to help me escape the dregs of daily life, and learning visual effects and animation proved to be a pivotal turning point in that regard.

During and after graduating college, I recruited a small team to help launch our flagship project, Earth-Link Origins. It has been a long time working on it, but we are set to release it in the form of a 20-minute Prologue in a couple of years. I have also started work on a second, smaller project -- a visual novel and (potential) animated series called Sons of Centauri, with a yet-to-be-determined release date; finally, I have created a few Let's Play Series and Tutorials for Visual Effects Artists to help them hone their skills, and to show beginners (or those simply interested in the process) how it's done.

The aforementioned film and video game projects have come quite far in development and production, but I'm starting to get to the point where I need some additional help to complete them. I can do my Let's Play Series for free and with no budget, but it takes a lot to make a sci-fi movie or a sci-fi video game from the ground up -- you need a team, you need artists, you need cast and crew, and above all else, you need money. That's where Patreon comes in.

I am currently working a full-time job to pay my room and board in addition to the people on my projects, and while I like my current day job, it's not necessarily something I want to do forever. Working this full time job doesn't leave much breathing room for doing animation work -- it often takes hours, sometimes days, to create one single CGI shot about several seconds long. Your support for the Patreon will allow me to produce more animations at a faster, more rapid pace, and will also allow me to support the teams I've assembled for each project.

All donors will receive automatic access to our Patreon feed; in addition, each donor will receive something extra depending on how much you donate per month: