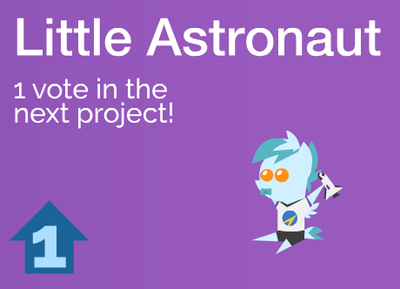 Includes: one vote on what I decide to work on next! 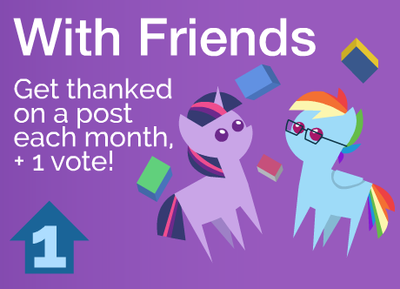 Includes: your name on a post each month where I thank you for your support (can opt out), and one vote on what I decide to work on next! 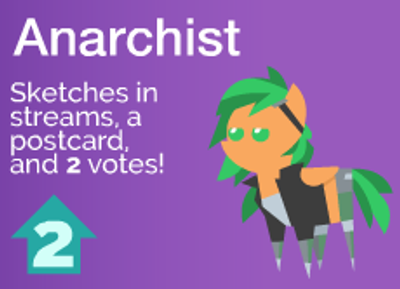 Includes: A postcard with art from my hands four times a year (can opt out), you can get sketches when you come to my twice-monthly streams, a thank you credit, and two votes on what I decide to work on next!

What? What is this?
Hey! I'm CaptainHoers and this is my Patreon page. I work in a variety of creative arts, including (but not limited to), comics, animation, writing, board games and just plain ol' art things. You may well remember me from such things as the Firestarter Spitfire Tumblr blog, the 2015 animation Spitfire's Day Off, the Sunjackers comic, Fallout: Equestria - Duck and Cover!, or as one of the artists for BUCK 2014 & 2016, or any of the other things I've applied my face to.

But why?
I've been doing art things™ of one kind or another for years now, and I've tried a lot of ways of making a career out of it, and Patreon is honestly the one that sits the best with me. I love the independence and community aspect of it. I draw for you, and that's pretty great.

But how?
I've had two previous campaigns, and this one is going to be of a fixed length. I've been working in a studio for the last two years, and I'm aiming to return to that some time in August. During this time I'll be able to concentrate on my comics again and BOY HOWDY DO I HAVE SOME THINGS I WANT TO DO WITH THEM

For more details on exactly what you get with each reward tier, see here!

$1,385.27 of $1,500 per month
The tea becomes you. Everywhere you go, it springs forth from hidden corners. There is an astonishing shortage of digestives.
4 of 5