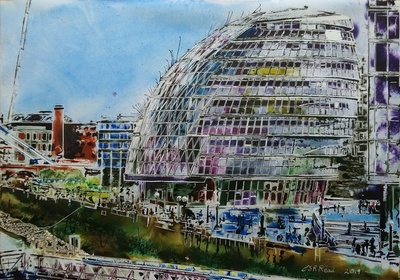 $1
per month
Join
Peek behind the scenes. Get a patron-only perspective on my work.  I take lots of photos and time lapse video which you'll get to see and, you get to help me create the art.

I'll be sharing each chapter of the book with you as it's produced. 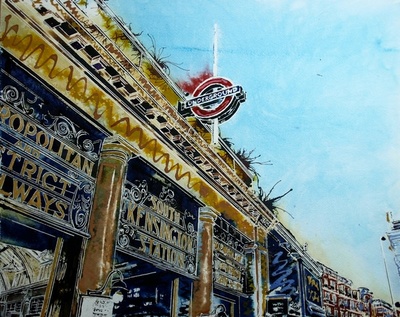 $3
per month
Join
Each patron will be sent a postcard complete with meditation story once a month. 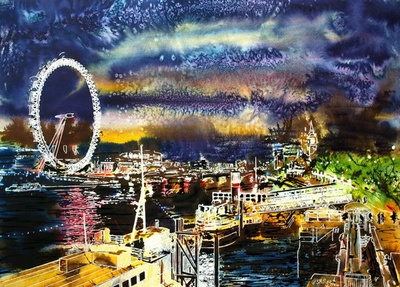 $5
per month
Join
Steady and steady supporters who help reach the goal as they cruise along the river. They can pick up souvenirs along the way.

Cathy Read re-imagines iconic architecture using explosive, colourful drops and trails of paint, held together with a structure of white lines. Inspired by looming, dramatic urban and industrial architecture, she draws on influences from various cities in the UK. In a previous life she worked as an Occupational Therapist using large art projects to help develop motor skills in children.
She exhibits with the Society of Women Artists in London and was awarded the Barbara Tate Memorial Award in 2015. Her work is in the Ashmolean Museum in Oxford and corporate collections. She is represented by Artzu Gallery Manchester and appeared on Sky Arts Landscape Artist of the Year in 2016 and 2017.
Originally from Manchester she now lives in a chapel near Buckingham which she converted with her husband. She lives close enough to London to get her Urban Architecture fix when needed.

When Cathy's not steering 60ft of steel canal boat along the British waterways and wielding a windlass, she can be found splattering paint and singing loudly in her Buckinghamshire Studio.