is creating Celluloid And Whiskey 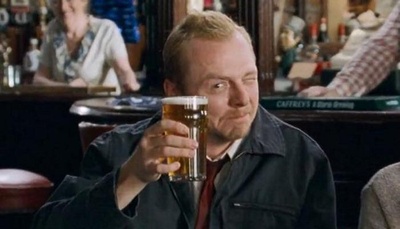 Really, that's it - you get all my reviews, interviews and features, regardless of place of publication, sent to you at the time of publishing. Good deal for a dollar.

$3
per month
Join
I watch a staggering amount of movies and TV, and a lot of it isn't for commission, it's just what I do with the time allotted to me. But I'm never short of opinions, and that's where this tier comes in. I'll bang out a paragraph or three on pretty much everything that washes up on my shore if I don't have a longer piece already in the pipeline, and you get it dropped neatly into your mailbox for the paltry sum of three US dollars a month. That should add up to an extra review a day on average, which means you're basically getting hit for 10 cents an opinion, more or less. Bargain. 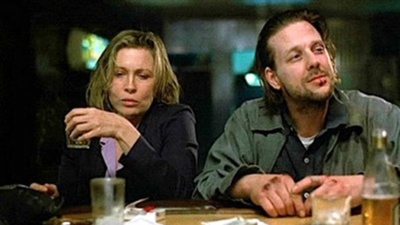 $5
per month
Join
How about a free monthly essay? On the first of each month, I'll fling you a thousand or so words on... something. Probably film related, maybe not. We'll see how we go - you never know what's going to stick in my craw at any given time. Absolutely exclusive content, destined not to be published elsewhere unless I get a book deal or something.

For over a decade now I've been working as a film critic. My reviews, interviews and essays have been published in FILMINK, RealTime and, of course, X-Press Magazine, where I was the Local Music & Arts Editor for three years. Then I became News Editor and main contributor for Filmink in Sydney. And now I'm freelance, with my work appearing at Flicks.com.au, SBS Movies, The Guardian, in the pages of Empire Australia, and more.

In point of fact, I'm now an award-winning film critic. In 2019 I picked up an AFCA Award for my piece on The Nightingale, published in Metro Magazine. So that's nice.

Celluloid and Whiskey began as a blog to collate my published work, as well as an avenue to publish longer, more thoughtful reviews and think-pieces. It's now a kind of catch-all clearing house of reviews, including new films and older material I'm archiving for posterity.

Now, as a site, Celluloid and Whiskey is no longer my main gig. This here is a side hustle, but I think it's a useful and valuable one. Essentially, my patrons get all my published work emailed to them, as published, plus all the reviews I write for the C&W site. It's an easy and cheap way to collate almost all my work, barring print-exclusive stuff.

I'm also now doing exclusive content for my Patrons, starting at three bucks a month. Check out the Tiers to see what kind of work you can expect.

If you enjoy my writing and want to help keep me in beer and blu rays, please consider chipping in a buck or two.