is creating a memoir, podcast & a reality tv show about farming & lobbying. 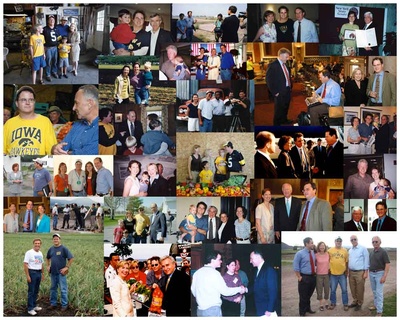 This tier is for people that want to learn more about farming and provide a little bit of support to help me continue to do what I do. Without this support I will probably have to end this 4th generation farm. Instead of "buying local" your being a "farm lover" will show that want our farm and stories to continue. 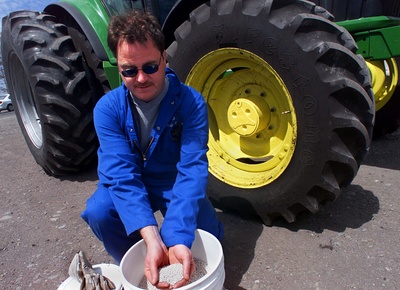 A seed is the start of something to grow. Your support will enable me to better produce creative materials that support my farming, public policy and writing and media activities.

Farming has become an incredibly difficult venture. We are battling climate change as well increased monopsonies on both ends, the production input and the selling output. 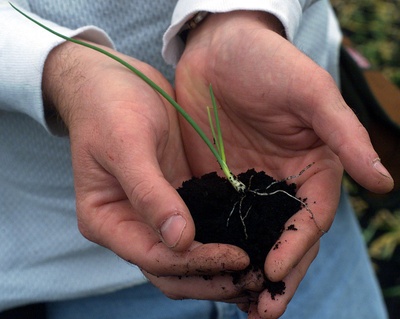 Sprouts are the next stage of a successful plant. Members of this tier get access to me and can ask any question about what I do and how I do it, from writing, to media appearances to engaging in public policy advocacy to obviously growing a crop.

I will also be creating videos which only Patreon members on this tier or above will have access to. And my goal is to start a members only weekly podcast which will take on various agricultural related topics. The podcast is in the development stages.

Muckville. That’s where we live, both literally and figuratively.

We all have to eat. Every day if possible. Day after day. Until we die we have to eat. Food, along with breathable air, clean water and adequate shelter is one of our most basic needs. Since there are roughly 3.3 million farmers in the U.S. comprising roughly 2% of the general population, odds are you have never met a farmer. Despite the growth in popularity of Community Supported Agriculture (CSA) and local farmers’ markets it is most likely you have never met, spoken, smelled or touched a farmer. Or set foot on a farm.

Though the United States was once a primarily an agricultural society and even as recently as the turn of the previous century roughly 40% of the population farmed, since then, and especially since the advancements associated with Norman Borlaug’s “Green Revolution” fewer and fewer farmers on less and less land space have produced one of the world’s safest, most abundant and cheapest food supplies.

And with that change has come an incredible level of disconnect between the people who primarily produce our food and the citizens who eat it. Sadly, when you mention the word farmer the first image that will pop into someone’s head will be Eddie Albert’s character Oliver Wendell Douglas from the CBS sitcom “Green Acres.” Or worse, some character from one of the various reality TV shows that keep popping up, and frequently aren’t so real.

Though farmers’ markets are exploding across the country and thanks to the foodie movement there is a strong renewed interest in agriculture, much of the information about farmers is not coming from us. Food critics and chefs will frequently pontificate about farming, and though some of them may have a small hobby farm, for the most part they are not farmers. They do not know what it is like, on a day to day basis, to be a farmer in the 21st century.

I simply don’t have enough heads for all the hats I have to wear. I have to be a soil scientist, a chemist, a financial planner, an accountant, a bookkeeper, a regulator, a marketer and frequently a public relations person and public policy advocate.

In the mid 1990’s after leaving the farm a short time to pursue my graduate degree and after I married my wonderful wife Eve, I returned to the family onion farm. My brother and I are the fourth generation of the same family on a farm that started in the U.S. at the turn of the 20th century. As soon as I returned I started dealing with a variety of issues and crises, including weather disasters and various labor advocacy organizations. I was baptized by fire. Eve and I had to learn, for the most part on our own, how to fight for our farm and our industry. It wasn’t easy at first (for the most part it still isn’t now, over 20 years later). But, trial by fire typically isn’t.

So why is this all important to you? Because as I said, we all have to eat. It’s one of our most fundamental needs. You should know something about how your food is produced. Not from sitcoms, or from food critics or from chefs, no matter how well intentioned they may be. You should know from one of us who produces it.

Now, there are some books out there written by farmers about farming. Many of those books are about the adventures of people who eschew urban or suburban life to move to the country and take up farming. They extol the benefits of a more simple life.

That’s not the point of try creative efforts.

Life is not simple, nor, quite frequently, very fair. A hailstorm that decimates your crop mid season or a hurricane caused flood that wipes virtually your entire crop away is not fair. And how you deal with those scenarios is anything but simple. I’ve dealt with those situations, sadly, more than once. I’ve also dealt with very stupid government programs and terrible proposed legislation. And over the years my wife and I have had a fair number of successes in dealing with such situations. That’s what my work details.

The system is messed up. It sucks, to be quite frank. But my specific experiences show that if you are persistent and you have a fraction of a clue as to what to do, you can make a positive change for your community, too.

Why should you engage in my work? Because I need better informed end users of my product. I need you to understand why after a devastating hailstorm or flood I need your support and help. I need you to have a better connection with the people who produce the food you eat. And, you need to better understand the people who grow your food, and how the policy decisions can affect every aspect of the food you eat.

Why should you read my book and engage in my efforts? Just as important as learning about how your food is grown, I want you to read it and to realize that you can get off the couch and fight for your family and your community. Though the deck is stacked against you, like it is against me, you can still effect a positive change. All is not bleak. There is hope.

I want you to read this book, listen to the podcast, watch the reality tv show, so that the next time you walk into the produce section of your local supermarket you will pause for a moment and just think about what was involved to get those fresh vegetables and fruits on that shelf.