Gabrielle Cosco is creating content you must be 18+ to view. Are you 18 years of age or older?

is creating The City of Sirens Comic Series 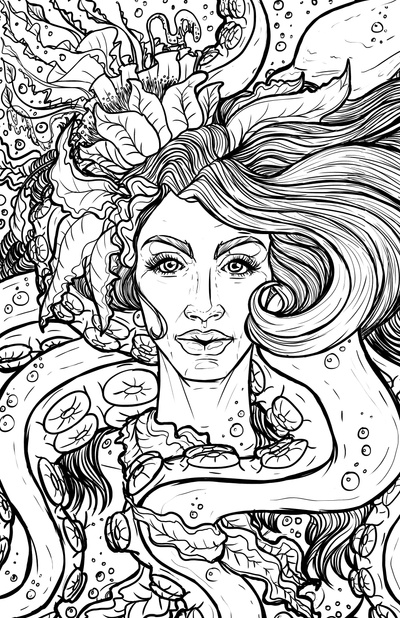 $3
per month
Join
Get access to the making of city of sirens and see all the behind the scenes work of the process and the artwork for each issue of City of Sirens. Bonus video tutorials, lessons and other fun additional content. 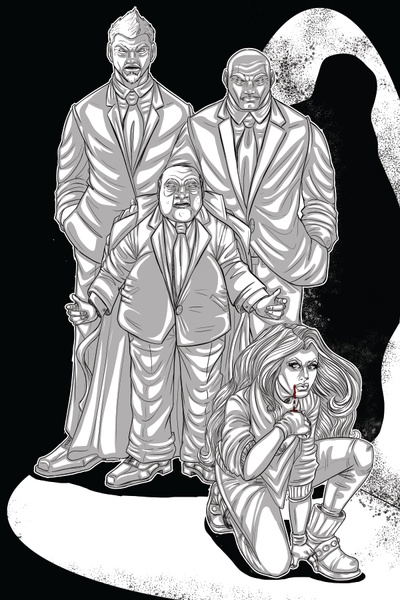 $5
per month
Join
Get full access to the making of city of sirens and see all the behind the scenes work with downloadable psd files, pdfs and jpegs of the process, the artwork for each issue of City of Sirens. Bonus video tutorials, lessons and other fun additional content. Plus, get a patron shout out in the latest issue of the City of Sirens comics, as well as access to completed issues online and in downloadable pdf format. 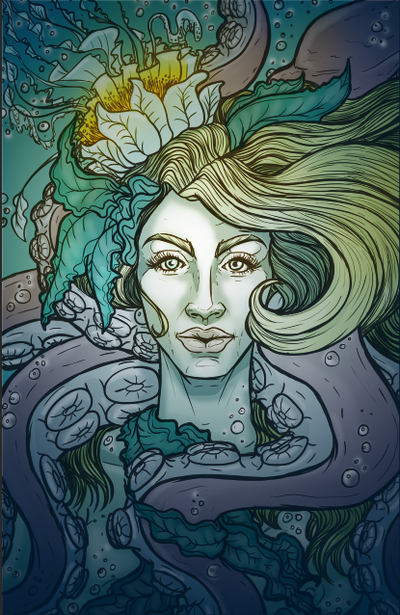 $10
per month
Join
Get full access to the making of city of sirens and see all the behind the scenes work with downloadable psd files, pdfs and jpegs of the process, the artwork for each issue of City of Sirens. Bonus video tutorials, lessons and other fun additional content. Plus, get a patron shout out in the latest issue of the City of Sirens comics, as well as early access to completed issues online and in downloadable pdf format.

I am an illustrator, artist, designer, writer and comic creator, living way up north in the boreal forest of Northern Ontario Canada.

I have illustrated over eighteen different children's books and self published two colouring books, Inktasy: A fantasy tale in a colouring book and Daughters of the Land. I have recently released a City of Sirens series teaser comic and the first Issue of City of Sirens: Book One, Prodigal Daughter, both of which you can read on the City of Sirens comic website.

By donating and becoming a patron you will be helping me continue working on City of Sirens and follow along as I create each issue of Book One, Prodigal Daughter, which includes, behind the scenes content, early access to issues and downloadable pdfs of the latest issue, sneak peaks into works in progress such as storyboards, scripts, cover art and panel pages, downloadable psd and pdf files of artwork, online instructional video tutorials and a shout out on the next issue's dedication page.

What is City fo Sirens about?

The series follows El as she enlists help from Reilly, a street smart and heart hardened, New Port City Police Department Homicide Detective. Together they solve crimes, such as murders and kidnappings, and navigates their way through the dark alleys and back streets of the city, aptly nick named the City of Sirens, because the sirens never sleep and like a siren she (the city) will seduce you and drag you into the deep dark.

To redeem herself and steer clear of her mother's plans for her, El must learn the City of Siren's history, the deep dark past of her families, the street side politics of mobsters and gangsters, bust human trafficking rings, stop the twisted political agendas of the privileged, wealthy elite, defeat crazy god like psychos who wanna watch the city go down in a blaze of flames and glory just for fun and track down every day garden variety bad guys and nut jobs that inhabit the city's streets and seek to harm its civilians.

It's American Gods meets Sin City meets Silence of the Lambs and its gonna be fun and dark and scary. 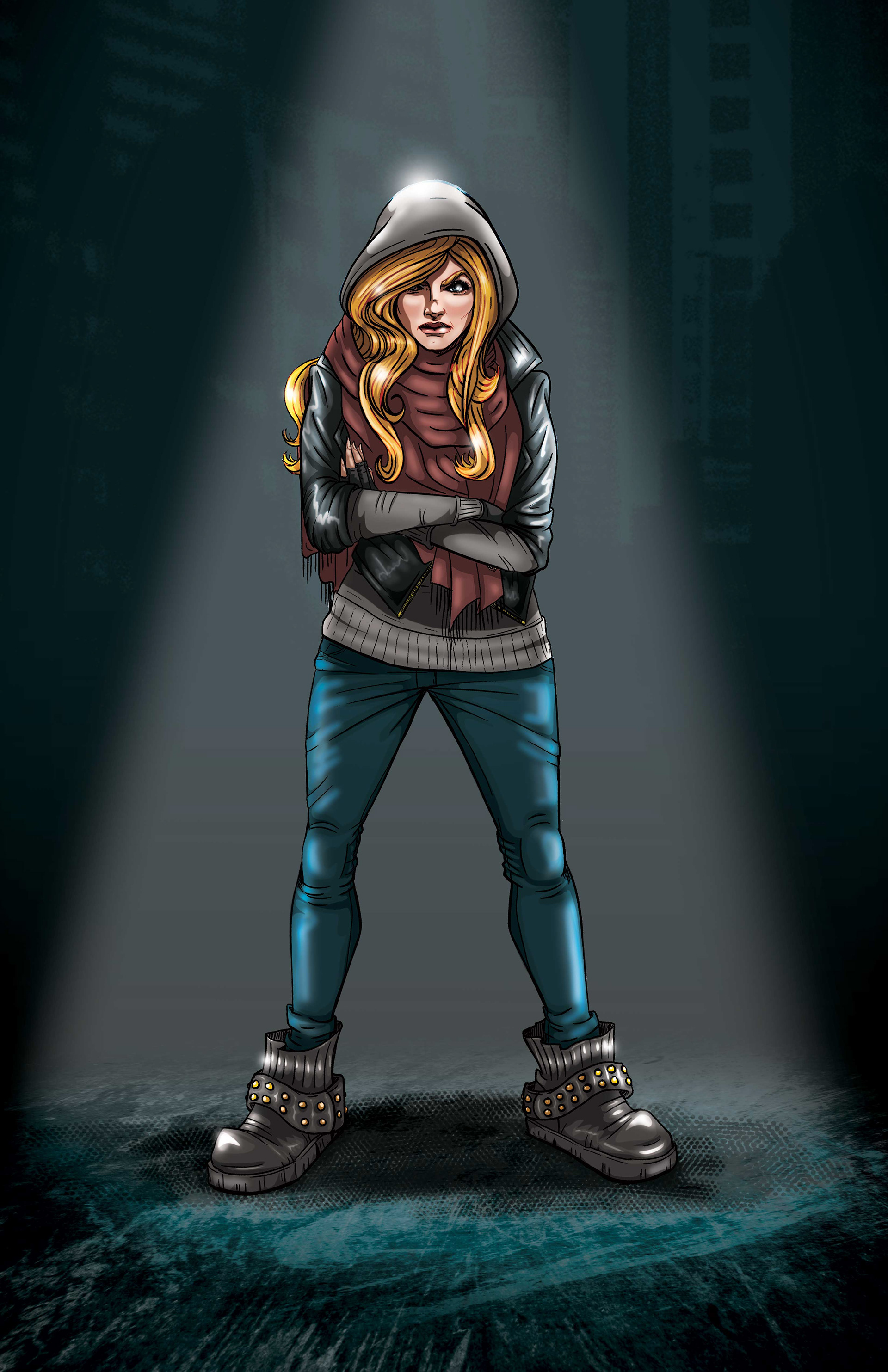 Seven years ago Elizabeth Carver found out the truth about her mother. She was the Crimson Rose Killer, a vicious and volatile serial killer that had been plaguing the City of Sirens for years. Ever since that day she has been on the run, trying to escape the past, trying to find out who she is apart from who her mother wanted her to be and why she has a knack for tracking down bad guys, thieves, murderers, serial killers, monsters, gangsters, thugs and pedophiles. 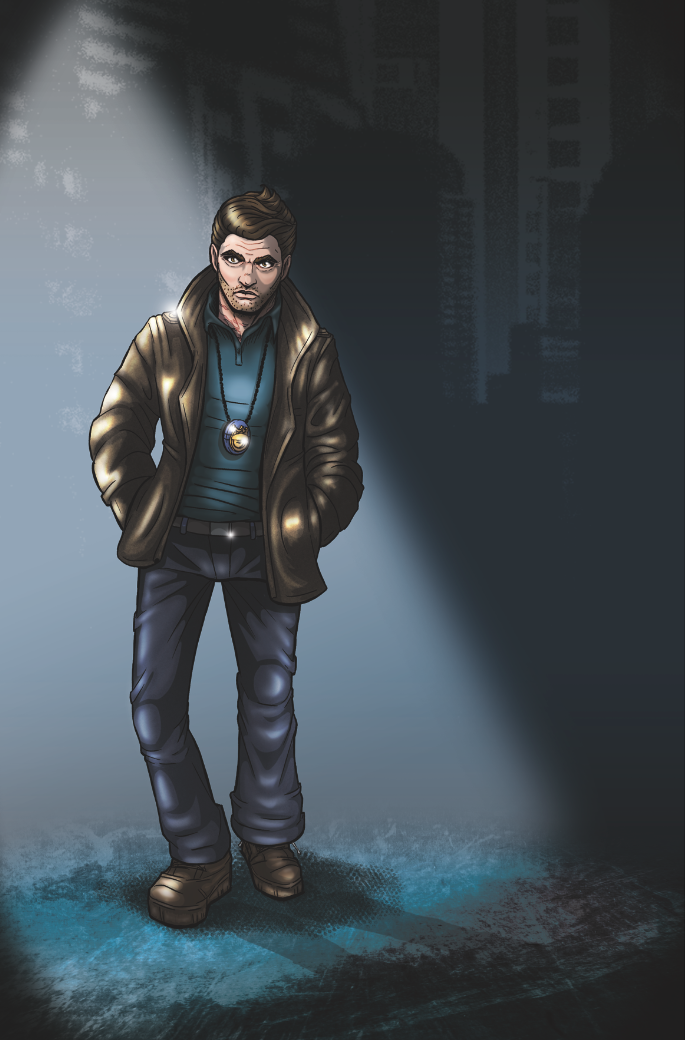 She spends her days going from town to town, never settling down, chasing monsters, proving to herself she isn't like her mother, until the day she is called back to where it all started, her home town, New Port City, aptly nicknamed the city of Sirens.

Once back in town she returns to face not only an old enemy, but all the questions that were left unanswered, all the people she loved and left behind, all the consequences her disappearance had on a city plagued with crime, murderers, crazies and corruption. It's paid dearly for her sins and city of Sirens wants its due.

City of Sirens: Book One

Prodigal Daughter
Synopsis: Elizabeth Carver, is a vigilante serial killer hunter and the estranged daughter of the re-known serial killer, Lilith Carver, the Crimson Rose Killer. El has been on the run for the past seven years trying to escape the past that haunts her and the dark legacy that awaits her.
After El's most recent case she receives a mysterious package on her door step. One she can only assume was left at the wrong address as nobody knows where she is. She opens the box and finds a human heart wrapped in a newspaper. The newspaper is from her hometown, New Port City, the City of Sirens and features a story and the latest details in a string of brutal killings. Young, newly engaged women with their hearts ripped out of their chest, the lead detective on the case is her former fiancee Reilly Stanton.
She's can't help but feel she is being called out.
She's being called home.
El leaves her life on the lam and goes back to the one place she swore she would never set foot in again, The City of Sirens.
Her goal; stop the killer, make sure Reilly is safe and get the hell out of town.
But, can she navigate the mean and dark streets of the City of Sirens undetected? Can she get in and get out without her wealthy, socialite family catching wind of her return? Can she work the case and protect Reilly without him finding out? Can she evade her incarcerated mother and the destiny she has in store for her?
Find out in Book One of City of Sirens, Prodigal Daughter.
Sometimes you can't go home, again.