Creating movies and machines to make the world a better place.

PATRON OF THE ARTS 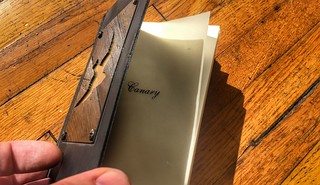 Our mission is to become the first world-funded film studio. Our promise to you is to always make movies for the right reasons.

WHO IS COATWOLF?
We are Coatwolf Productions. Together, we make movies because it’s what we love to do and it’s all we want to do.  Coatwolf is a collective of creative artists based in Ventura, CA  with a mission to help and inspire humanity.  We care about movies more than anything else because we believe movies have a purpose.  We've turned down huge money projects because we knew there were more important films to make, more pressing subject matters that need to be addressed. We've dedicated years of our lives to single projects making sure they were perfect. Our way is different. We put everything we have into our projects.

WHY PATREON?
Patreon gives us a safe space to interact directly with the people who care about what we’re doing and an opportunity to invite you guys into our process.  Whether you are a fan of our work, an aspiring filmmaker or simply a movie lover, this page is for you. We will go behind the scenes and give you an in-depth look at everything we are working on, hints on how to make films with limited funds and resources and give you a chance to see what we are working on before anyone else.  You will be able to see all the ups and downs of getting these movies made. We want to be a resource to you, we want to entertain you and we want to let you in on our crazy lives.

WHY DO YOU NEED MY MONEY?
Filmmaking is incredibly expensive.  And finding money is hard in this industry especially when you care more about making something meaningful than making money.  We care about these projects so much that literally all the money we raise goes into what we are working on, leaving little or no money to pay anyone.  Our process of filmmaking is unique, we like to take our time and make sure that everything is perfect.  By supporting us on Patreon you enable us to continue our work with less stress and focus on money. Your contributions could feed our crew for a day of shooting, help us upgrade our equipment, pay for an elaborate prop or special effect or eventually... (The Big Dream!) allow us to open...

COATWOLF STUDIOS
The ultimate goal is to have our own studio space where we can grow and continue to attract like-minded artists who also believe that movies and stories are more important than a paycheck.  This studio will be an open and safe environment  for these individuals to stretch their wings and create in a nurturing environment.  We want to establish a community to support struggling artists who are trying to pursue their dreams, just like your patronage helps us achieve ours.

MORE ABOUT OUR PAST WORK
BELLFLOWER

Written and directed by Evan Glodell.  After premiering at the Sundance Film Festival in 2011 the film opened in theaters all around the world to critical acclaim.  Bellflower was nominated for two 2012 Independent Spirit Awards (John Cassavette's Award for low budget film-making and a best cinematography nomination for Joel Hodge) as well as a nomination for Evan Glodell at the 2011 Gotham Film Festival for best new director.

Directed by Jonathan Keevil.  Coatwolf Productions second film was largely funded by a successful crowd funding campaign where Coatwolf raised two times their financing goal from amazing fans like you guys.  Chuck Hank and the San Diego Twins is an over-the-top 1980’s inspired action movie with stylized video game influences. The film will be released later this year.