Command Of The Sea

Command Of The Sea

$1
per month
Join
- thanks for a small coffee!

- get 5 I¢ (Imperial Credits) per month to buy game items like ships, skins, etc.

$2
per month
Join
- thanks for the coffee!

- get 10 I¢ (Imperial Credits) per month to buy game items like ships, skins, etc.

- get 25 I¢ (Imperial Credits) per month to buy game items like ships, skins, etc.

About Command Of The Sea


Update 17.8.18:
Tech Demo is ready for release -> Download
Please take note that it only offers very basic gameplay at the moment, it's basically a hiking simulator with fancy graphics :)
To be eligible to play you need to be a Sponsor/Patreon of our Game, and you need to register for a Player Account too.

Welcome, with this Game we would like to create a realistic, detailed & historically accurate simulation of naval warfare during World War 2.

In short, we’d like to cover the whole earth as a stage for naval warfare, we’d like to have playable Battleships, Carriers, Cruisers, Destroyers, Submarines, Torpedo Boats and as opponents a smart AI that commands fleets, convoys & reconnaissance.
As you can imagine, this is a tremendously huge task if done with the level of detail we’d like to achieve. So we’ve created this as a community project and we’d need lots of help from you :)

1.1 Whole Earth Open World
At first, we’d like to create a digital copy of the whole earth (well, only the oceans and the coastal areas) as a gameplay area. We’ve developed a way to achieve that, and if you take a look at our Screenshot Page or at the samples below you’ll see that we’ve already been able to reproduce locations of the world with an accuracy of a few meters!
Please note that the pictures below are REAL screenshots, no Photoshop has been used to alter them, if you look closely you might even see my player character somewhere on board. 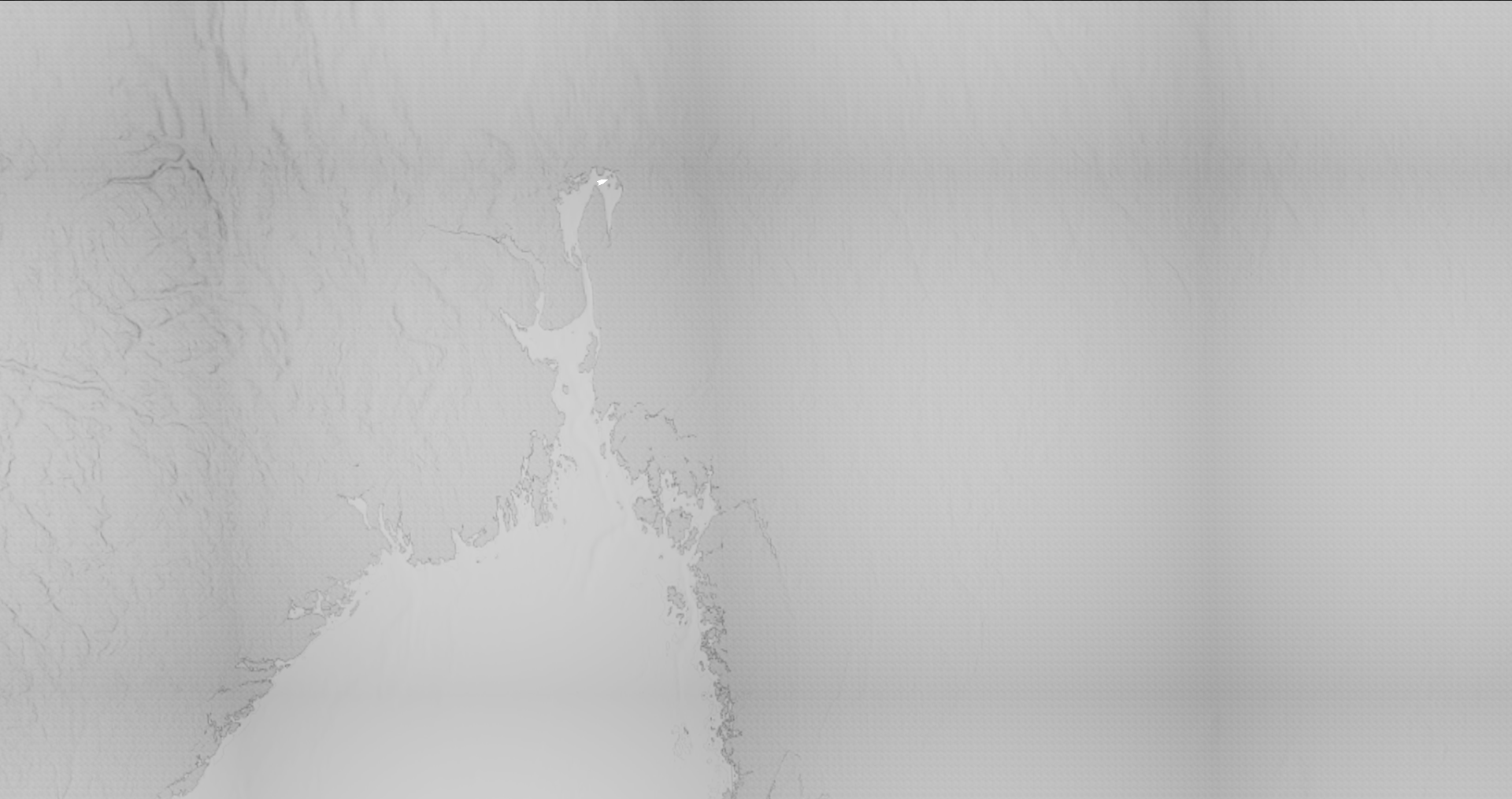 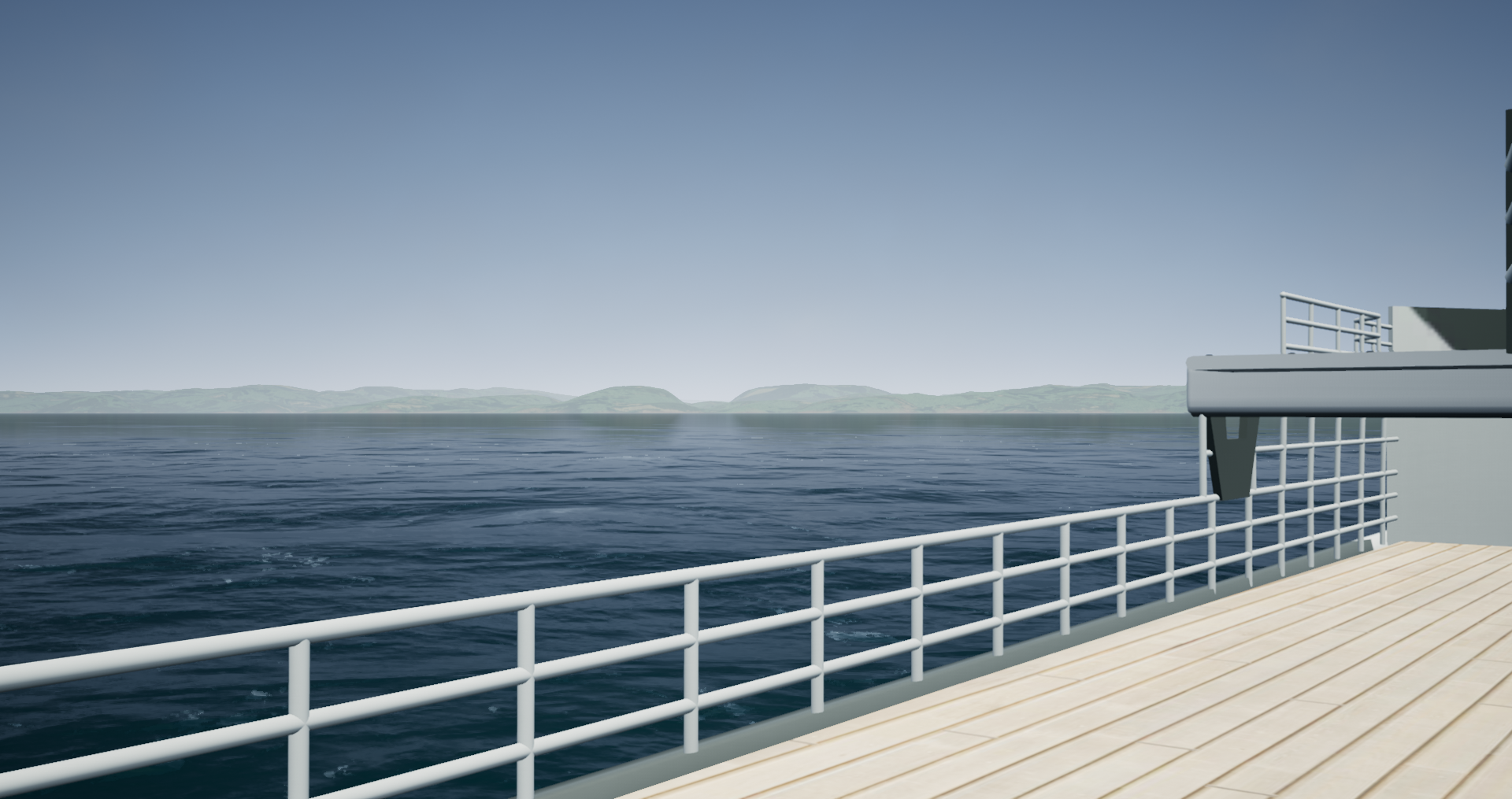 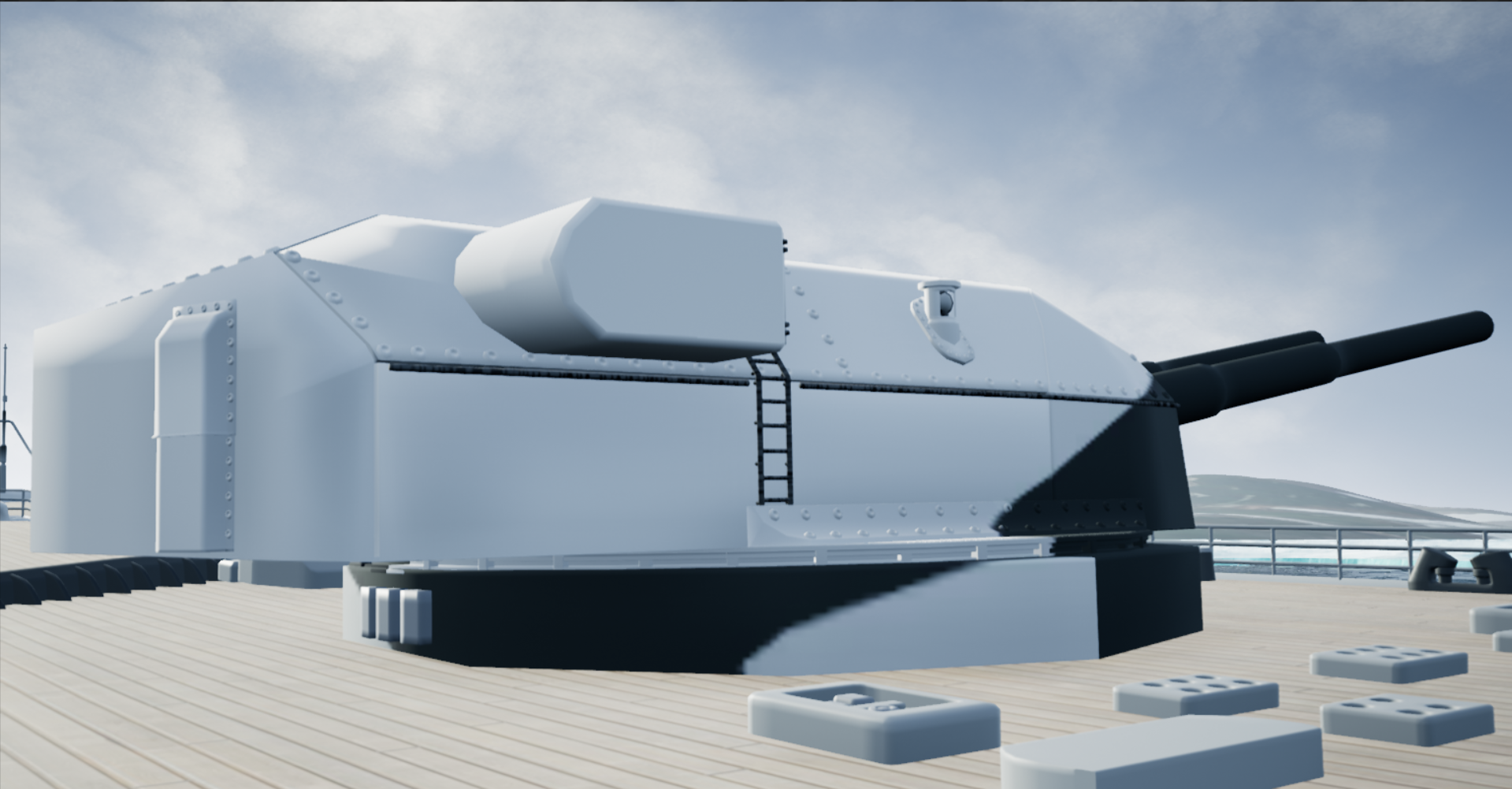 1.3 Dynamic Weather
Further, we’d like to have a realistic dynamic weather system with low hanging clouds, fog, rain and snow. This is especially important for the time before Radar (or FuMO/RDF) became so dominant in naval warfare. Back then visual sight was mandatory for any engagement on the enemy. 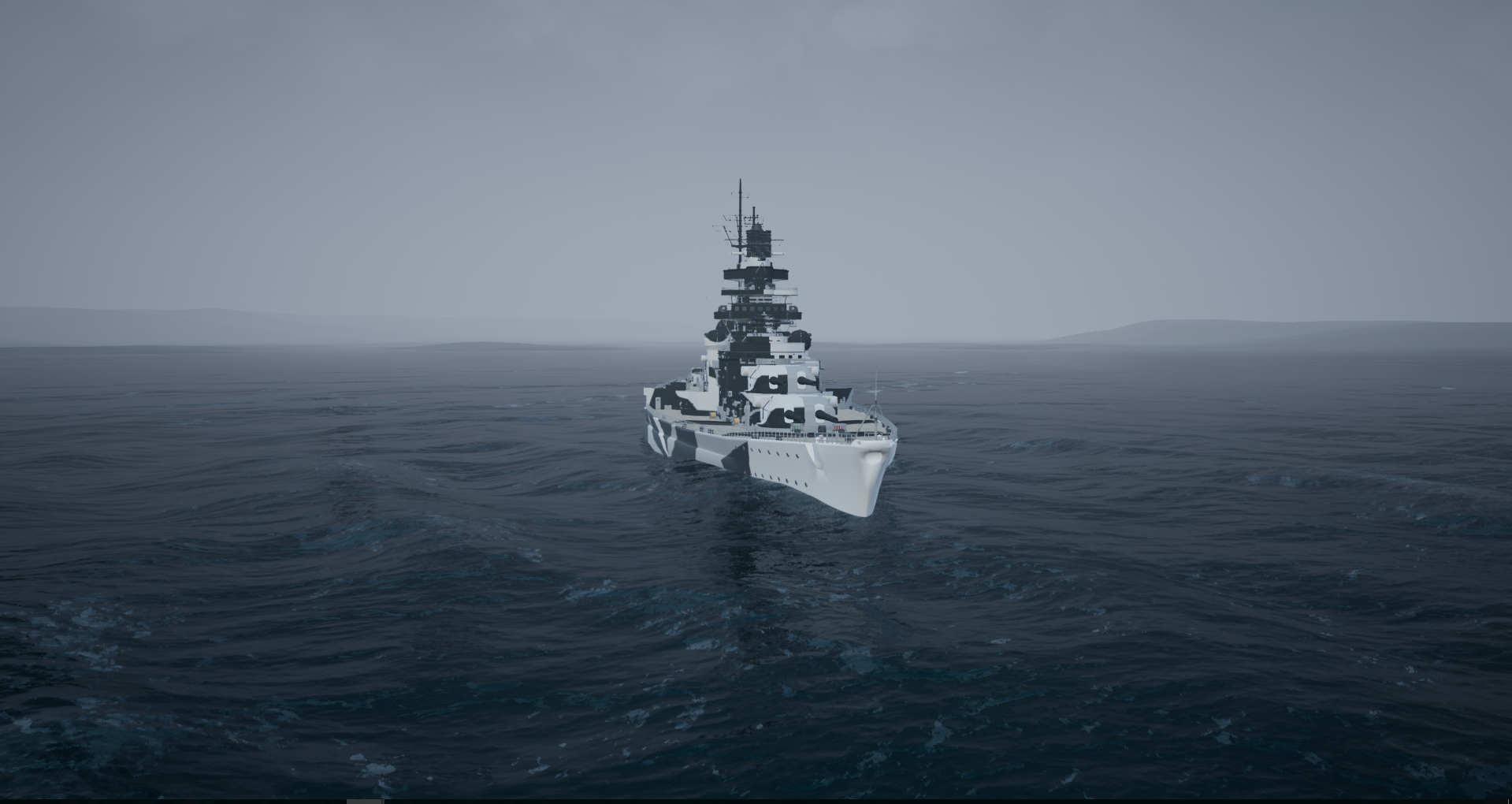 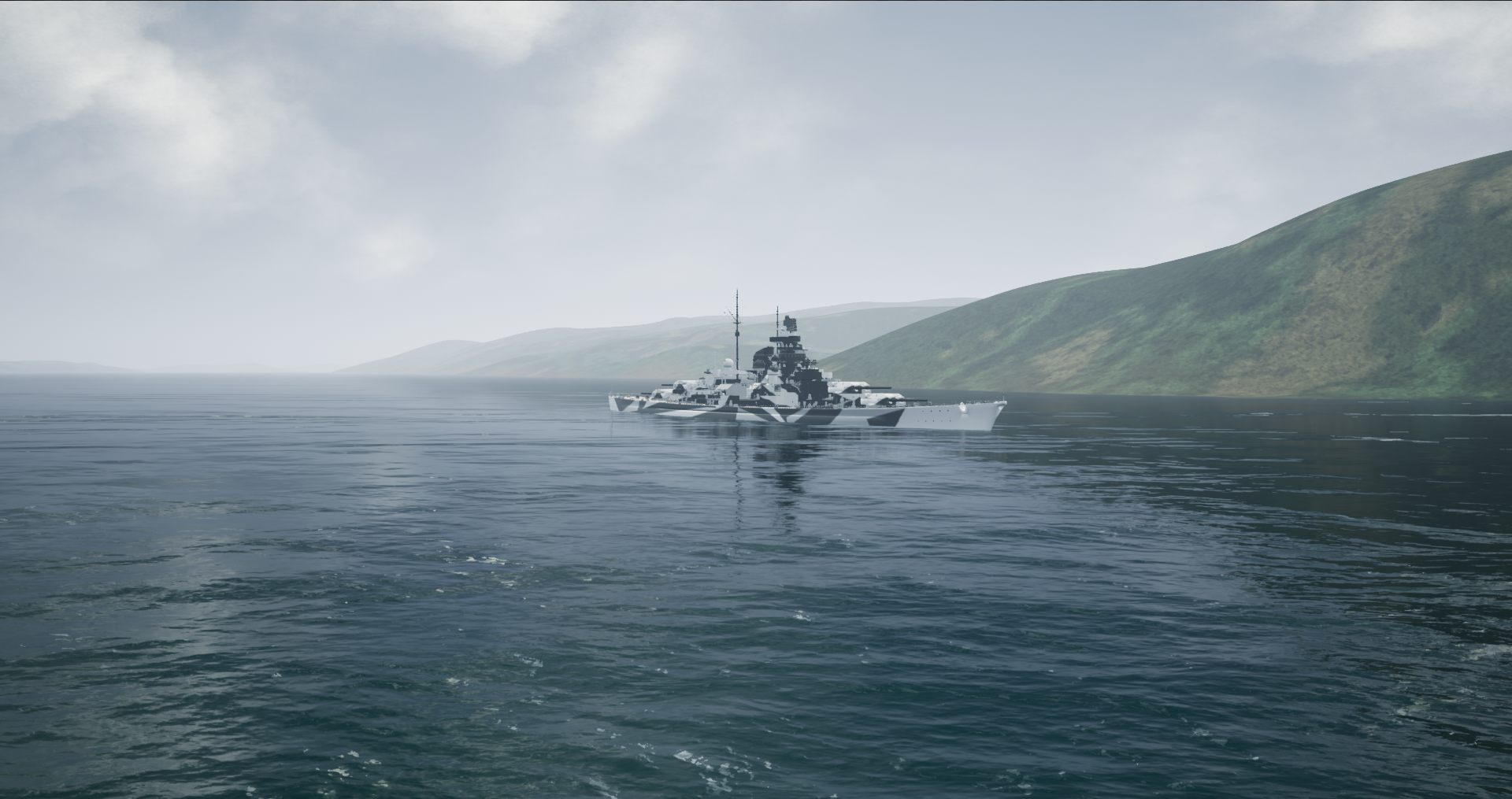 1.4 Celestial Navigation
Additionally we’d like to simulate a correct day cycle, moon phases and star movement for any place on the earth, at any given time between 1939 and 1945. This will allow celestial navigation, so if provided with a sextant & a watch the player will be able to determine his position by the stars (or the sun). The technical problems for this milestone are also solved already. 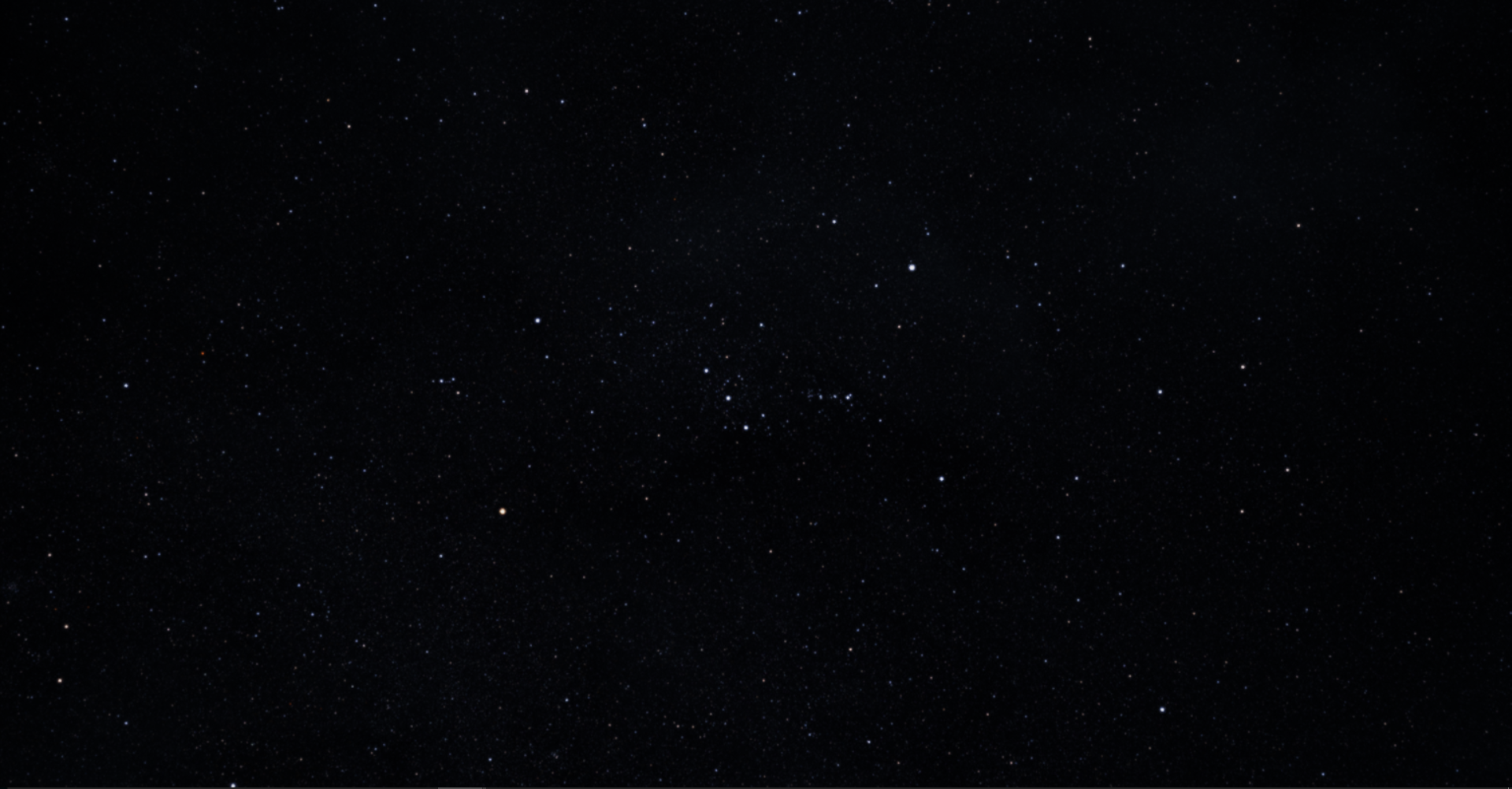 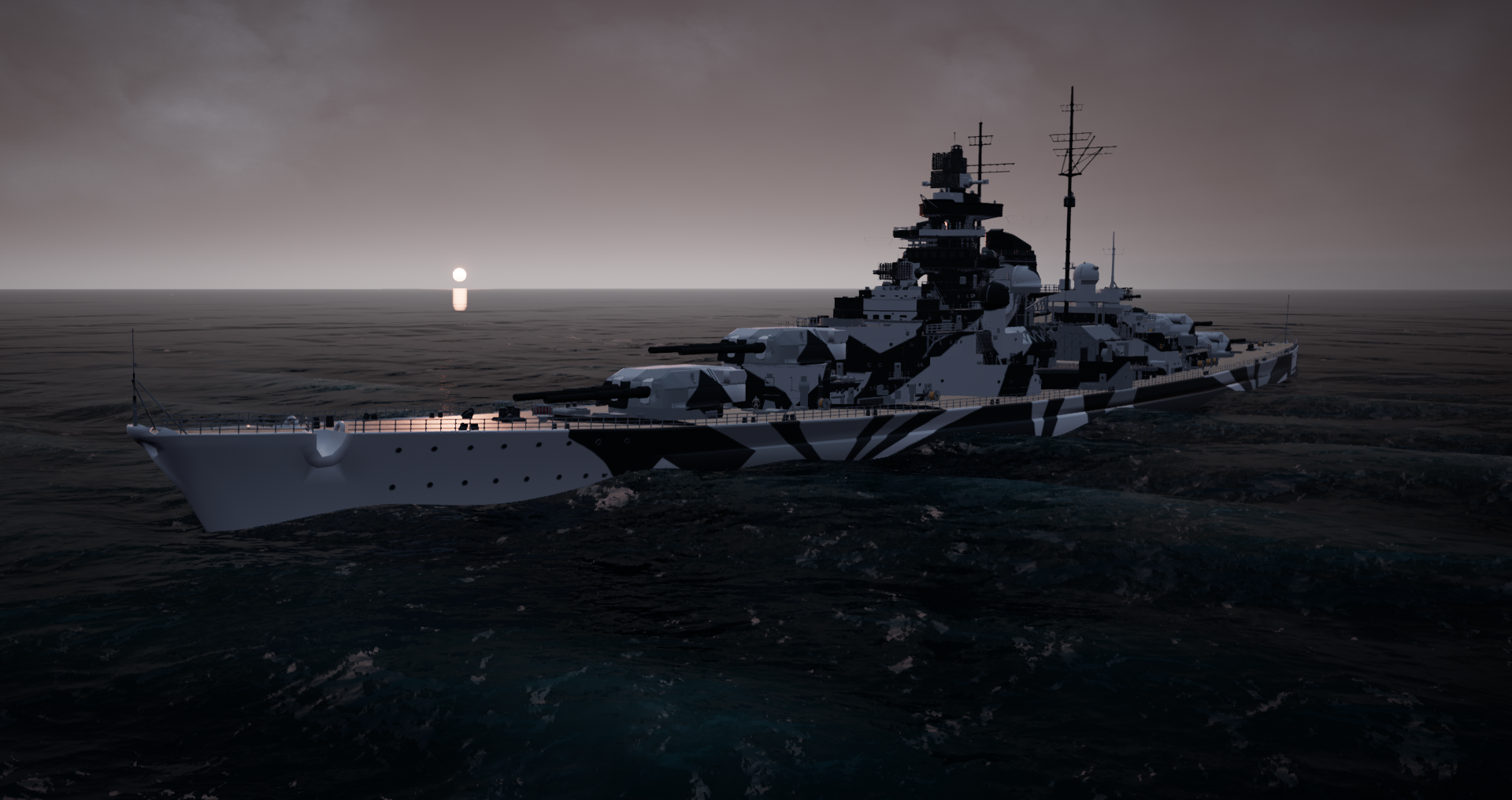 2. State of Development:
We’ve started to work on this game in early 2016. Since then we’ve heavily focused on solving the most obvious technical problems, to determine if it’s even possible to build this game of our dreams.
As you can see we’ve come a long way since then, and about 95% of the most difficult problems are solved. We’ve built a small (~100 000 km²) digital copy of the world, covering Spitsbergen, Norway, Germany, Italy, parts of Africa and Antarctica. We’ve created a reproduction of Sun, Moon & Star movements between 1939 and 1945, we’ve created a playable & walkable Ship (Tirpitz), we’ve created primitive, self-navigating AI Ships and a visual sensor for AI Players and we have a primitive weather & ocean system. So we’re confident now that this project is doable if we get enough support from you and our community :)

3. Next Milestone -> Tech Demo:
Our next milestone would be the development of a playable tech demo. As described above we’ve solved most technical problems, now a lot of time expensive grunt work needs to be completed to release a Tech Demo version of the game that’s actually fun to play. As Patrons you'll be the first to play & test this Tech Demo!

This Tech Demo shall include:
– an Open World covering 250 000 km² around Norway, the North Sea, Great Britain, Germany and the Bay of Biscay
– a first playable & semi-walkable version of Bismarck
– one or more AI opponent that’s capable to challenge Bismarck

4.1 Pre-Alpha:
Once the Tech Demo is working we’ll start working on a Pre-Alpha version of the game. In this Pre-Alpha we’ll include a bigger playable Open World, more AI warships, AI merchant ships, an improved dynamic weather system, a basic NPC crew of seamen & officers for our player ship, first harbor buildings and AI airplanes for reconnaissance & attack

4.3 Game Release:
The first release of the game should include the whole North & South Atlantik as playable Open World, and a reasonable number of AI warships, merchant ships & planes to provide a good & entertaining gaming experience.

4.4 Further Releases:
For further releases we’d like to expand into the Pacific Theater, with the US Navy Pacific Fleet and the Japanese Imperial Navy. That will also include Aircraft Carriers.
We’d also like to create playable submarines, especially for the German side of the game, commercial surface Raiders (like Atlantis & Thor) a VR game mode, and multiplayer options.
We consider this game as an ongoing project, and hopefully we’re able to create a large enough community to support & fund for the years to come!

5. Funding:
We’d like to finance this game with the help of our community, so crowdfunding will be our main source of funding. The more people are going to help the faster we’re going to complete our milestones. :)

$20.10 of $1,000 per month
Marketing Budget
Initially it's important to let people know about our game. We need to get the word out on Facebook, Twitter & Youtube. So our first Goal will be dedicated to our Marketing Budget.
Oh, and it would be great if you could help & share our Social media posts!

Recent posts by Command Of The Sea