CovenDev is creating content you must be 18+ to view. Are you 18 years of age or older? 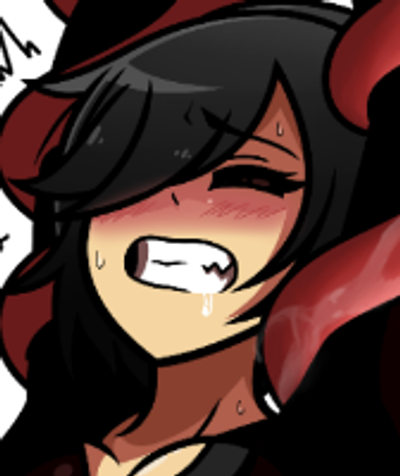 $1
per month
Join
As of now I only feel comfortable charging a dollar to backers. That being said, any who fall into this category I will work as hard as possible to keep updated with the state of the game. Backers will receive demos of Coven before anyone else and have a distinguished say as to how this game will be produced. That being said I cannot guarantee much, so don't feel bad about withdrawing support if you feel things are not up to speed.

Pretty much all you need or probably want to know is I'm a person plans to make lewd vidya games. Particularly lewd games modeled after H-RPG eroge from Japanese developers. While my current game, Coven, is in its inception at the moment I've got plenty of inspiration to make it a reality in a timely manner.

What is Coven about? Coven is an H(Hentai)-RPG centered around a trainee member of the monster fighting group of young witches known as the 'Coven'. Her name in this installment is Reya, and she is aged 19. Reya will set off on a journey against a variety of bizarre, and notably perverted, creatures and traps in order to cement herself in the organizations ranks and fulfill the heavy expectations on her shoulders.

On full release, Coven will feature challenging, in-depth, QTE-based, struggle mechanics, fully illustrated art, a well-structured plot centered in a three act structure with fun, three dimensional, characters(although it won't detract from the lewdz too much), potential for additional voice acting, a variety of fetishes, and far more. Very substantial improvements will be made as time progresses and as I learn to manipulate the engine, RPG Maker MV, better.

Currently, Coven is in a production stage and while progress may be somewhat muted due to the long hours I work at my job--I've got plenty of motivation to get the project done and keep you folks updated.

I am currently looking to hire an artist who can illustrate in an anime style similar to what is already posted. If you think you're up to the job don't hesitate to PM me via Patreon or by me email: [email protected]

Demo (v0.02) can be found here: https://mega.nz/#F!Wio30AYL!6VBq9RORt6lZE8CYhO8PLg
Demo (v0.03) featuring the suckerplant enemy and many other fun things: https://drive.google.com/file/d/1gopwgAa3OtNunUBlTPJF2p8nJu3iDPBe/view?usp=sharing