is creating The Party Revolution!

About Tom and Gary

For 11 years, the “Decentralized Dance Party” (or “DDP”) was a giant roaming street Party with no Central audio source and no Central location; created using an FM radio transmitter to broadcast music and voice to hundreds of boomboxes, carried by thousands of participants!
Our ultimate objective was to broadcast a Simultaneous Global Dance Party that would unite the entire world in celebration and earn us the Nobel Peace Prize for Partying. Seriously.


But with the arrival of the pandemic, we were forced to “Decentralize” the DDP in bold new ways and began experimenting with Parties in virtual realms...

Within this strange new paradigm, it was quickly ascertained that everyone in the virtual Party could also be a Party Node out in public spaces spreading the music to hundreds of Strangers!


And using our DDP App, anyone, anywhere could tune in to the Party and broadcast their location! We had finally cracked the code on how to create a Simultaneous Global Dance Party that was fully Decentralized, interactive and could be hosted or joined by anyone anywhere!

And for our 11th anniversary and 100th DDP, despite rain, forest fires and the pandemic, we managed to execute a small-yet-impressive Simultaneous Global Party and capture the footage necessary to finally complete the DDP documentary that had been in development for years!


The trailer above provides a quick overview and the video below goes into greater detail...


Despite innumerable obstacles, we are still going strong after 11 crazy years and as dedicated as ever to this dream! Our plan over the next year is to focus fully on the creation of the DDP documentary, Field Manual and global community.

If all goes according to plan, World Peace Day 2021 will see the release of the documentary, Field Manual and another much larger Simultaneous Global Party that will set in motion the final chapter of this Great Party Odyssey.

The more support we receive, the more likely we are to realize this dream. If the Party Revolution is something you believe in and would like to see succeed, please donate today. We also gladly accept crypto donations HERE.

WHAT YOU’LL RECEIVE IN RETURN FOR HELPING US TO SHARE THIS STORY AND SPREAD OUR UNIQUE BRAND OF SOCIAL HEALING WORLDWIDE:

In return for support on Patreon, you’ll receive exclusive patron-only emails and access to the patron-only feed, where the community Centralizes and everything gets posted and talked about. The higher donation tiers also allow you to directly interact and have more input into the future trajectory of the Party Revolution!

Thanks again for your support- it means the world to us and truly makes all the difference :)

Tom and Gary and the Elite DDP Party Family 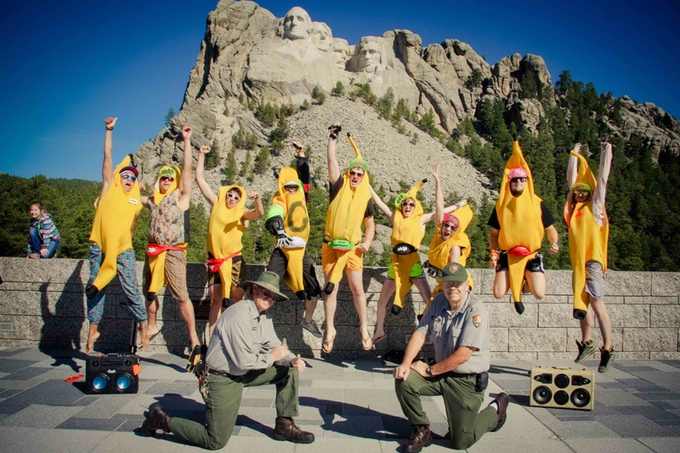 Recent posts by Tom and Gary