is creating The Bunker & other Comic Strips 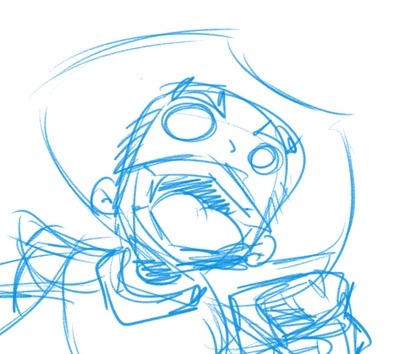 $1
per month
Join
Gets you access to the Patreon comic "The Bunker: Tales of the Last Frontiersman" and my heartfelt gratitude!
The Bunker AND other tales! 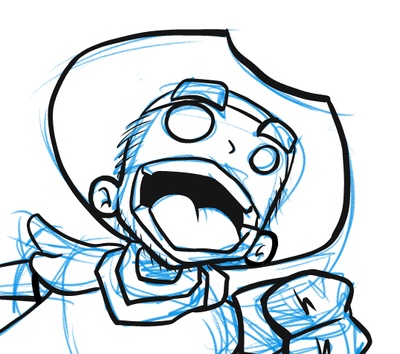 $3
per month
Join
This tier gets you acces to my Patreon webcomic "The Bunker: Tales of the Last Frontiersman" AND access to my one page comic strips about a variety of different things! On top of ALL that, you also get behind the scenes access to my developmental sketches and works in progress!
Postcards from the Edge
Limited (44 of 50 remaining) 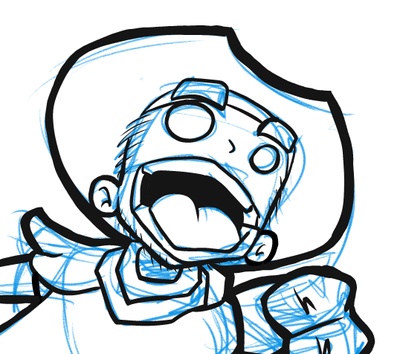 $10
per month
Join
This will get you everything in the above tiers as well as a monthly postcard featuring my artwork that I will do an original doodle on as well as leave you a message!

The postcards feature a variety of stuff that I will feature on the actual Patreon!

Hi there! I'm Dan Harris, creator of UK indie comic books Lou Scannon and Druid Investigations and co-Creator of Bruce Outback.
I can pretty much be summed up in one image: 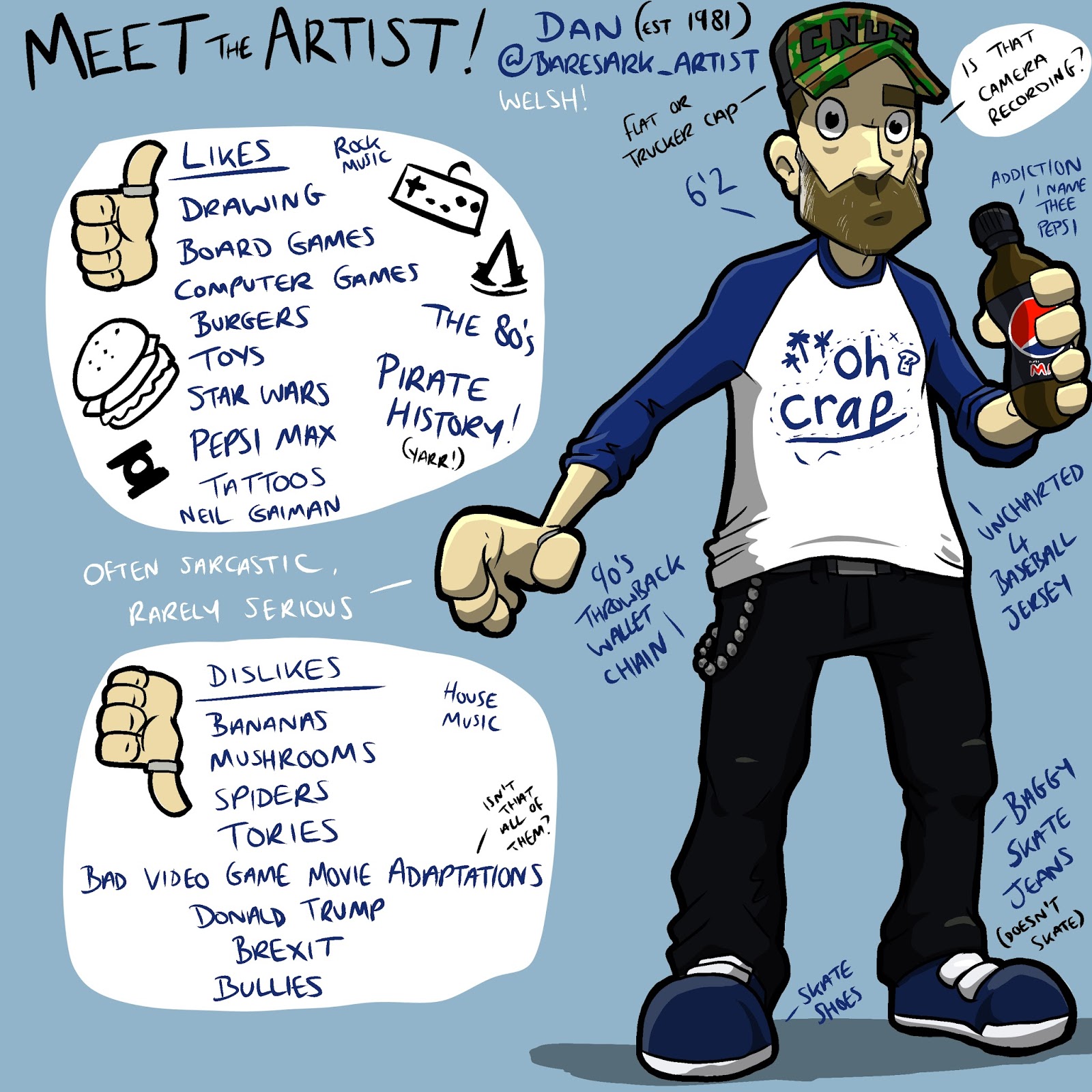 For the last few years, I've been working as a freelance illustrator working on things ranging from wedding commissions to infographics for pharmaceutical companies to storyboards for tv adverts but what I would REALLY love is to spend more of my time creating comics. Working freelance is hard and sometimes you don't know where the next job is going to come from or how you'll get the money coming in during the quiet periods.

So I'm on Patreon to bring you my exclusive-to-Patreon comic "The Bunker: Tales of the Last Frontiersman", the story of a young mans quest to explore whats left of the world 150 years after its gone to hell.

With the help of a few friends, the Frontiersman hopes to rebuild humanity and make the most of what's left of the world. Along the way, he encounters a lot of interesting obstacles. From mutants to tech junkies, if it's dangerous and doesn't like you very much, the wasteland has it! The story will be a comedy with darker elements as our hero tries to find people who can help with the upkeep of an almost empty Military bunker.

So starting from just $1 you can become a part of the team and get full access to the comic! Maybe at some point even getting to vote on choices the characters may have to make!

With your help, I can make this comic a regular thing and hopefully you'll be entertained along the way! Updated Mondays and Fridays, if I can achieve the support, I hope to update the comic even more frequently than this! You'll also have access to my sketches and works in progress and, if there's the interest for it, tutorials!

$3 Will get you access to the Bunker AND a series of one page comics that I do that will have a variety of themes! Examples of them can been seen at the lower part of this page!

Here are the first 5 pages of "The Bunker" for you to get a feel for the comic: 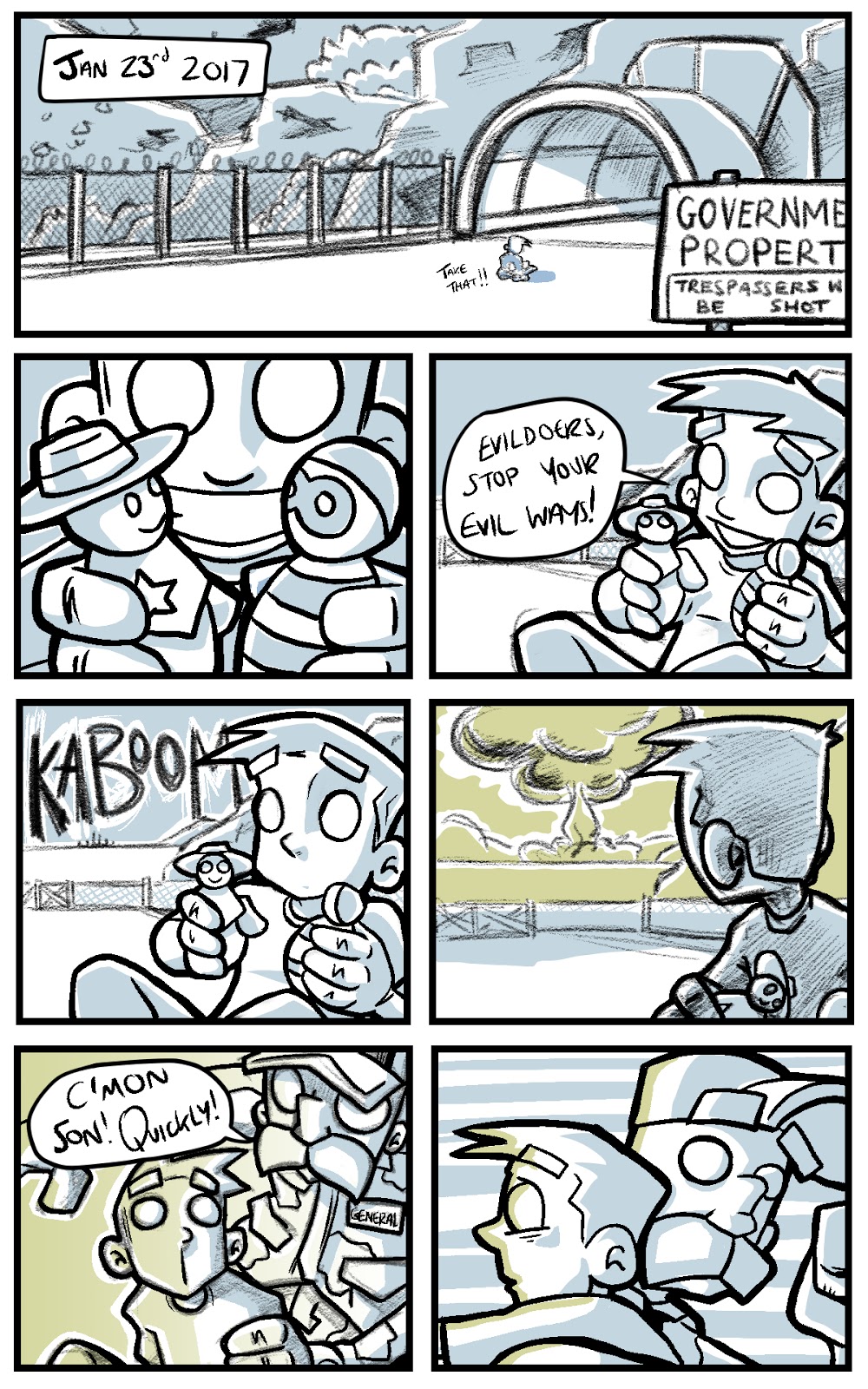 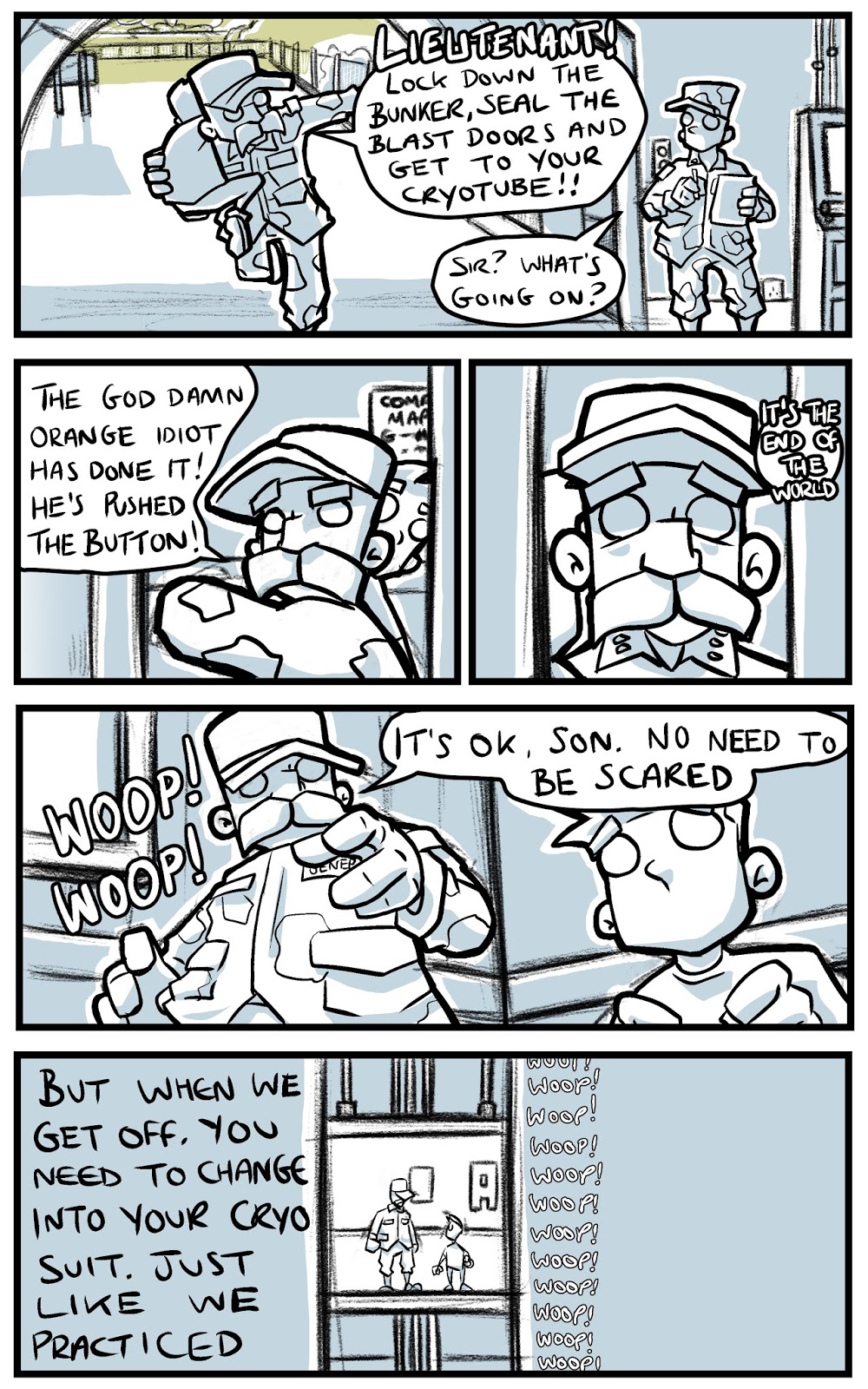 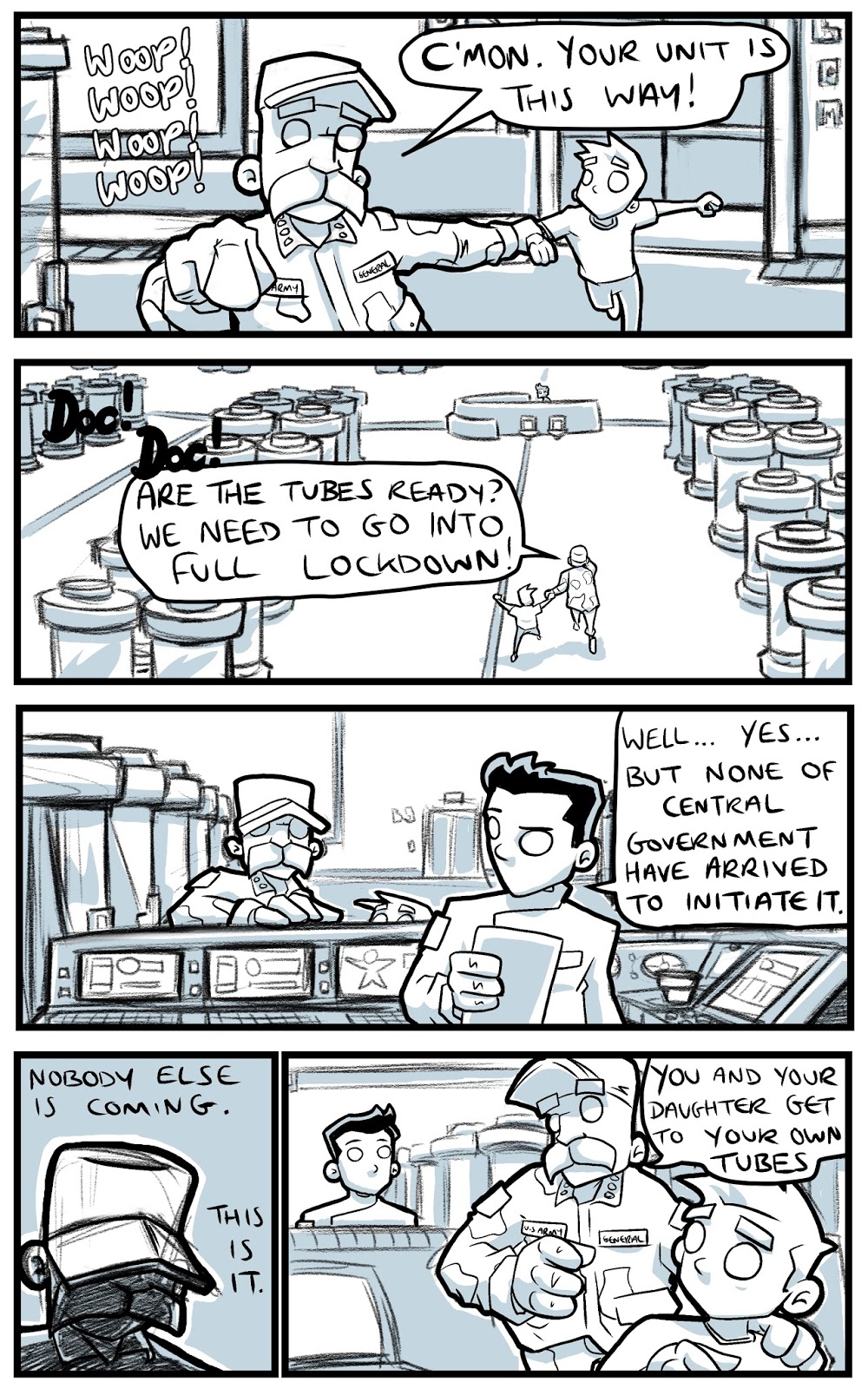 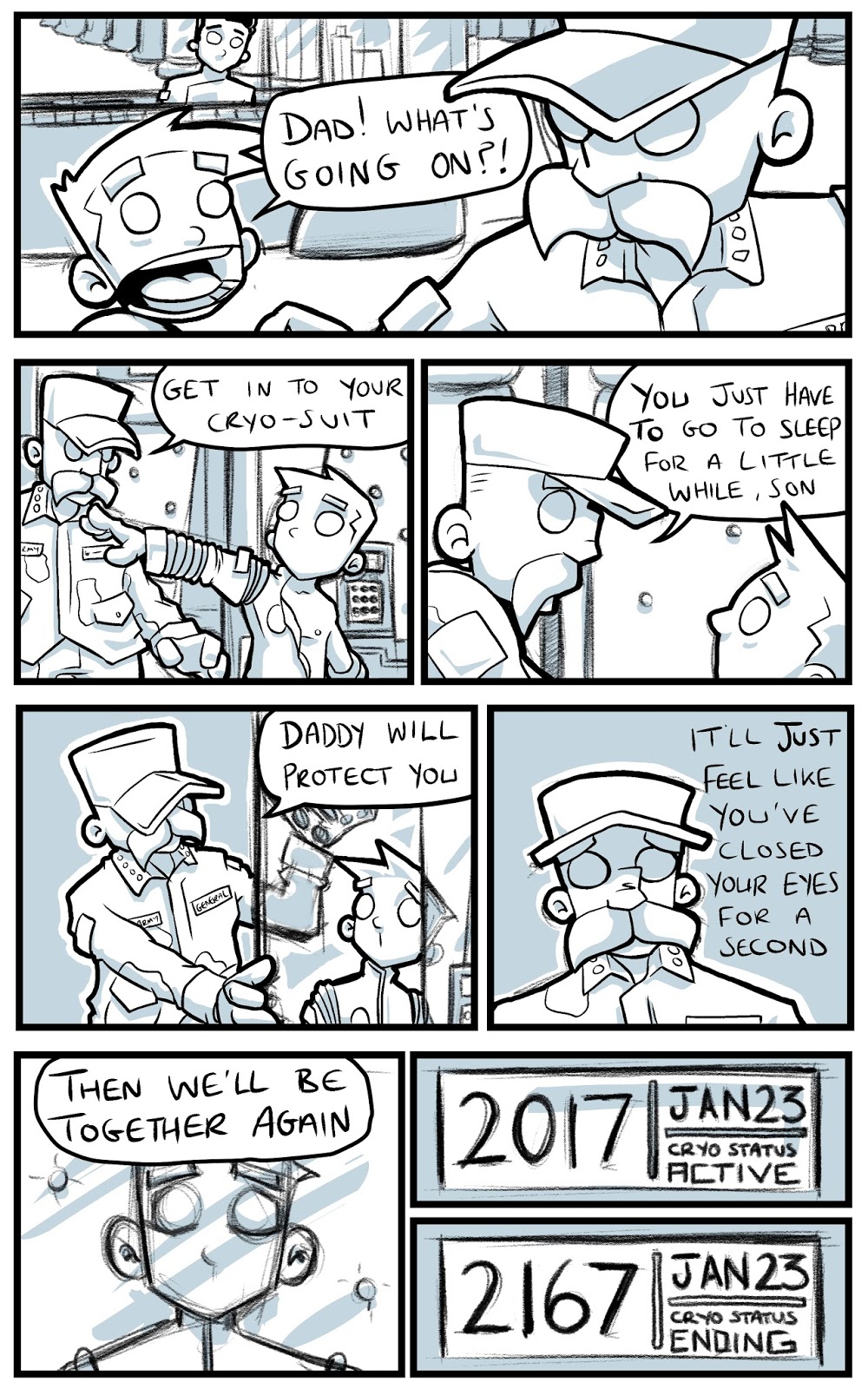 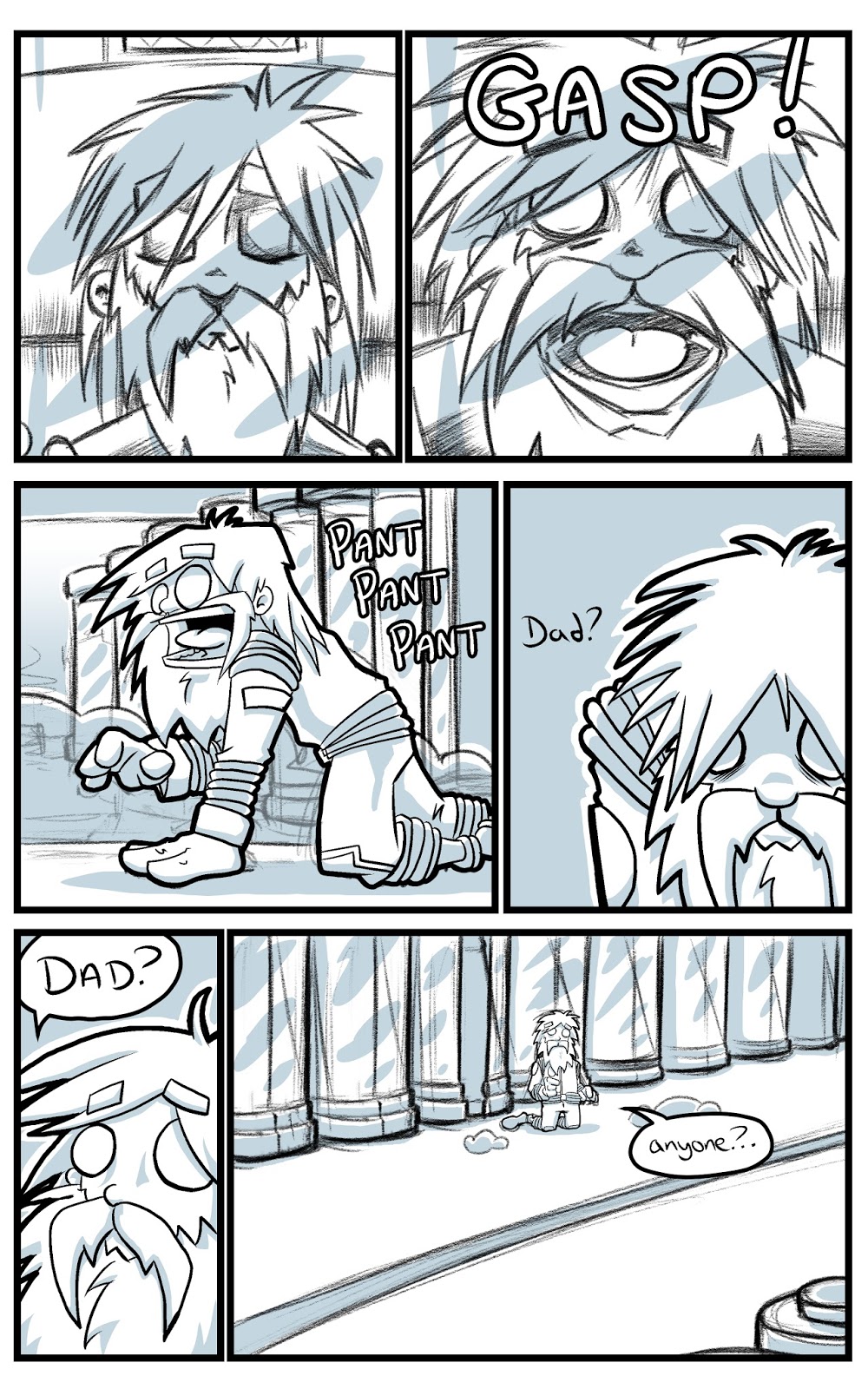 So if you like this, there's loads more to come!

Here are some examples pf some of the one page comic strips that I do! these vary in theme and consist of things like the following examples: 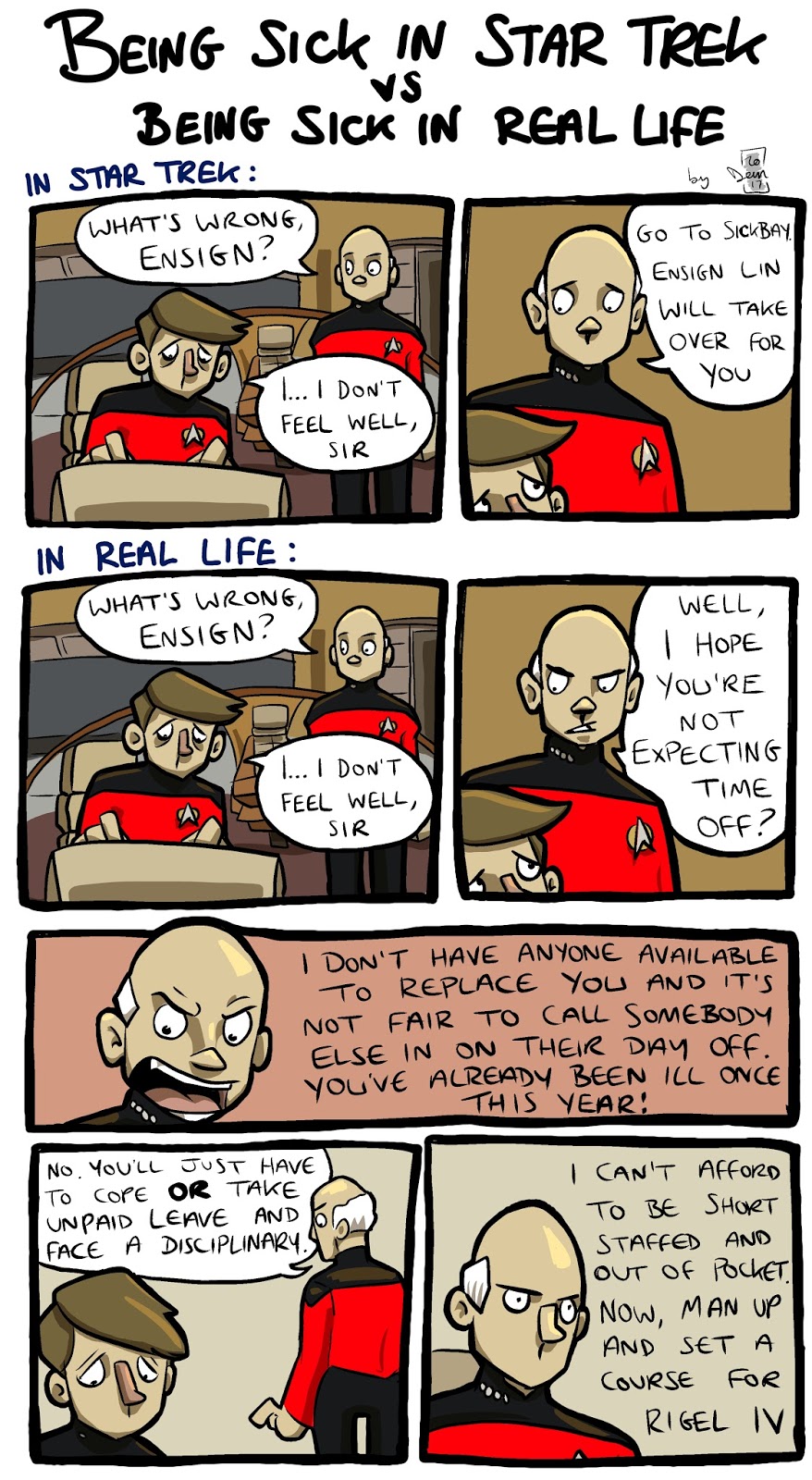 We've all been made to feel guilty for being ill off work, right? 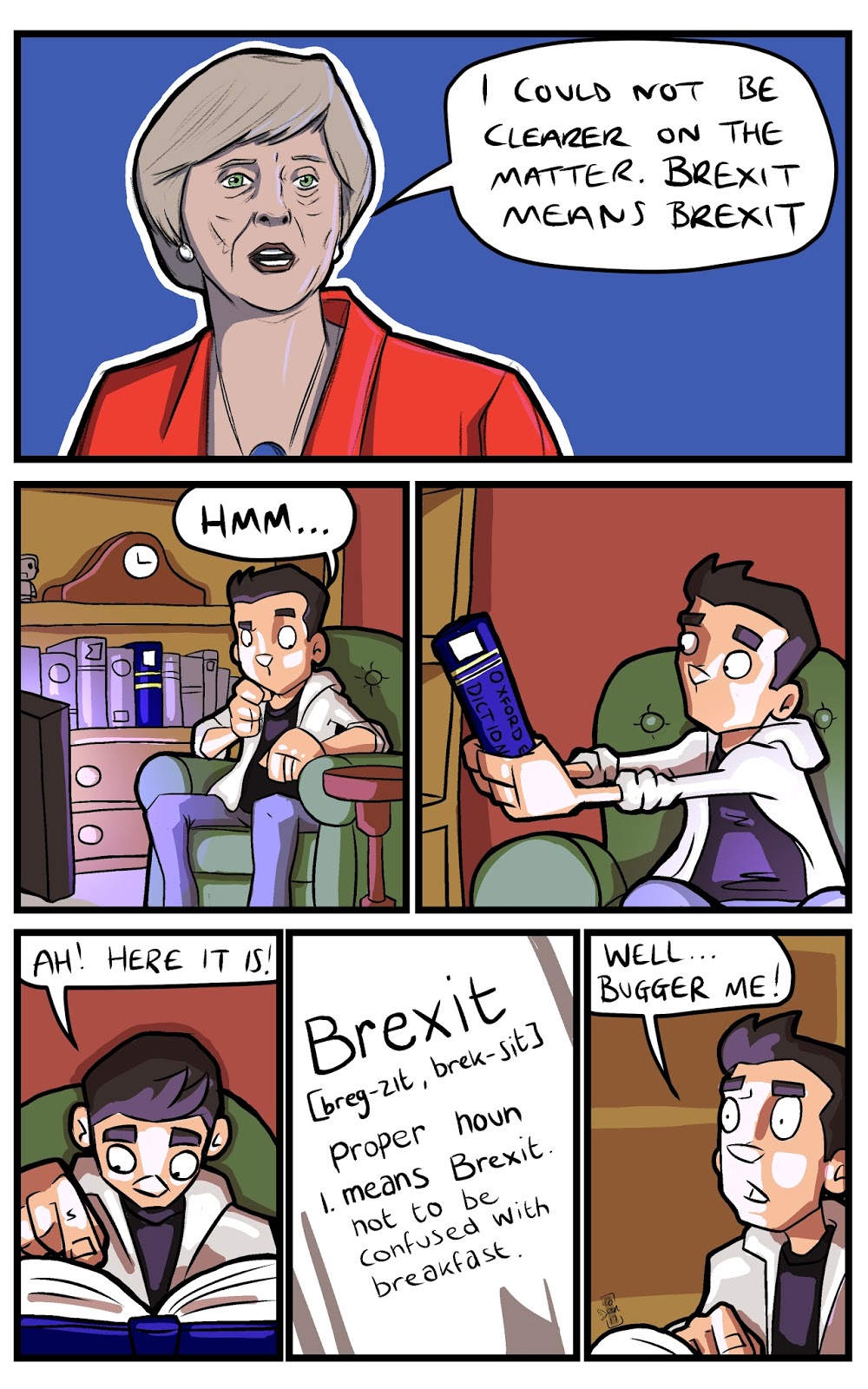 So "The Bunker" is exclusive to Patreon and won't pop up anywhere else online, outside of the 5 page preview above. I may one day collect it into a graphic novel. If that happens, Patreon backers will be offered a discount on it!
The one page comic strips will be posted here three days before they are posted anywhere else like Facebook, Twitter, tumblr or instagram!

There will be a selection of different perks for backing me, so if you decide to help me make a career out of this comic book malarky, you will have my eternal gratitude... as well as some other cool bits and bobs!

If Patreon isn't your thing, you can support me via my shop on etsy or if you'd like to find me on social media, I'm on instagram and twitter as @Baresark_Artist!