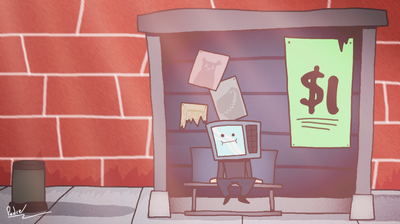 You're the microwave support class. Every team needs a support character and you're that person! Every dollar goes a long way.

• You get to see videos and images of stuff I'm working on! 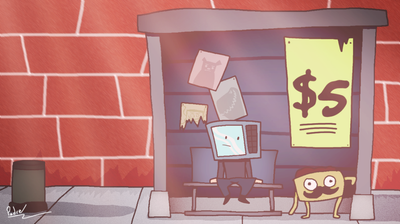 You're a money microwaver! What does that mean? I don't even know! lol.

• You get to see videos and images of stuff I'm working on!

• You get to play test my games here before they even release! You'll also acquire the tester role on my private discord server to show you mean business, lol. 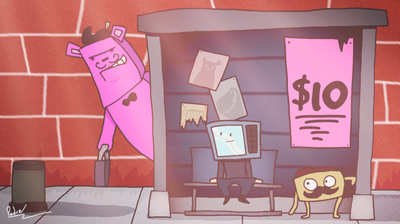 $10
per month
Join
Damn, you're a really cool microwave! Almost as cool as yours truly, lol.


• Create your own custom in game advertisement! Of course, this means we'll have to get in contact through discord or twitter and you'll have to show me what your ad looks like and I'll add it in whatever game I'm working on. If you can't draw it then you can explain or draw your concept for what it'd look like and I'll take care of the rest.

Become a patron today to gain access
to various rewards!


Howdy all! I'm an indie game dev who creates some pretty random low poly horror games, mainly aimed towards a mature audience. However I usually go off the rails and make them somewhat tame, goofy and spooky, but not in your face jumpscary, haha. I'm mostly inspired by classic games like Banjo Kazooie or more obscure ones like 40 Winks. Some of these games had levels with a horror atmosphere but wasn't meant to be scary. Just lighthearted fun with a creepy factor. For some reason those levels really inspired me as a kid, and now that my feeble brain has grown to comprehend how to use a game engine, I can now make these games of mine come to life, lol. Every donation helps support me to continue this little hobby of mine and hopefully someday I can turn this hobby into a fulltime job. Wouldn't that be somethin' huh?

I have a few pretty large scale projects in the works, one of them being, Dracula's Castle. Dracula's Castle is an action adventure horror game inspired by Castle Vania and Banjo Kazooie. In this game, you play as a vampire hunter seeking revenge on Dracula. To do this, you must traverse his magnificent castle and defeat all sorts of monsters, ghouls and ghosts to make it to the final floor and defeat Dracula. The game is currently in beta (though honestly I'd call it an alpha considering I want to rework a lot of stuff with the game). There are two alphas and a "beta" build available to the public. I plan on releasing the full game on Itchio, Gamejolt and Steam as soon as it's ready. I'm really hoping to be able to finish it in the next two years, but considering I have a couple other projects taking priority and plans to be going to a trade school this year or next year, I just don't think it'll be ready anytime soon. Thankfully my current project, Around the Clock, is still on schedule and set to release early 2020! Along with Shopping Nightmare 2 ready to be worked on right after AtC releases next year so I can have both these projects done before I have to start prioritizing important life stuff.

$1 Patrons and above have access to the following games:

$5 patrons and above have access to the following games:

Anyway, I hope you'll consider supporting me if you have the spare funds. It really does help motivate me to continue to make more horror games. If you wish to check out what I've made so far, here's a link to my Itch.io gamepage. https://dave-microwaves-games.itch.io/

If you wanna stay up to date with my latest nonsensical posts, here's my twitter page: https://twitter.com/The_Toonimator