news and blog posts on science, religion, and our ethical ranch.

If you can't afford the $5 tier but still want access to my exclusive Patreon posts, this level is for you. If even 10% of my followers contributed at this tier, I'd be able to launch my video podcast, write more books, and provide more free copies to those in need. :)

Help me give out FREE books! 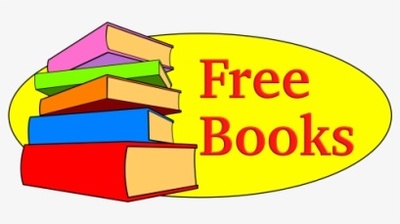 As a formerly homeless person, I am proud to have given away more free PDF copies of my books than I can count over the last 12 years. A lot of people have asked me how they can help support me as I continue to give free books, even when publishers ask me not to, but I never had a mechanism to contribute. Now, I do. By subscribing at this tier, you're going to make it easier for me to afford to give out free copies to those who can't afford my books. Thank you all! 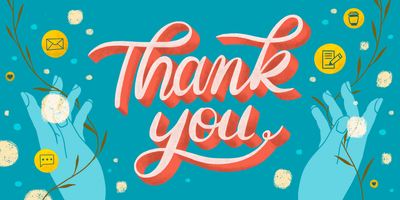 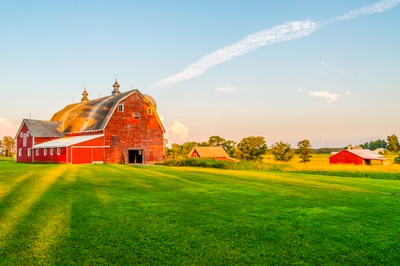 At this tier, in addition to exclusive posts each week, you will also be helping to support my blog on the science of agriculture as well as our sustainable homestead in the High Desert, and you'll receive an exclusive sticker with a quote by me in the process. Once we are more settled on the ranch, we will be sending out handmake gifts from our homestead for everyone at this tier. <3

I spend hours upon hours each week responding to and educating trolls who often fight against science, civil rights, and freethinkers in general. For the price of two cups of coffee per month, you can sponsor one of these wrongheaded individuals and help compensate me for taking the time to deal with it. Someone's gotta do it! Signing up for this tier also gets you a free sticker with my quote on it. :) 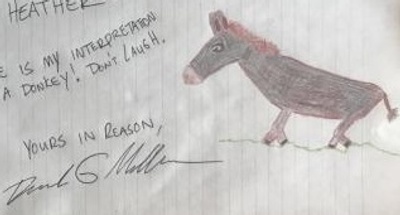 $10
per month
Join
or save 10% if you pay annually
I am not an artist, which makes this doodle even more special. In addition to getting the satisfaction of contributing to skeptical news, and additional perks, you'll get a random original drawing with an autograph.
Exclusive Sticker
Fulfilled by Patreon
This is a sticker with my viral quote about megachurches. :)
Global shipping included

Facetime With A Farm Animal 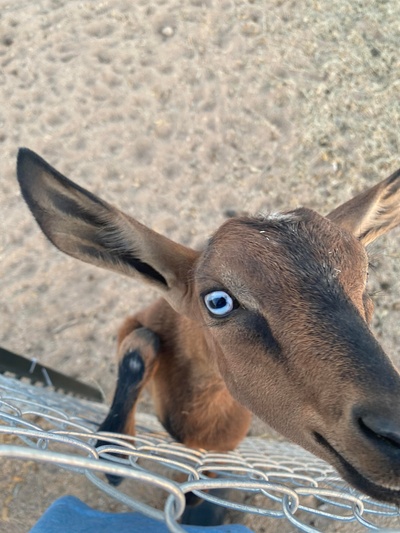 Contributing at this level will get you something you can't get anywhere else: a Facetime (or Zoom, or Skype, or whatever) call with a farm animal! We have 22 farm animals to choose from, including goats, chickens, horses, and an Anatolian Shephard livestock guardian dog. Calls will last five minutes, and patrons can get one call per month with the animal of their choice. I will facilitate the calls. :) 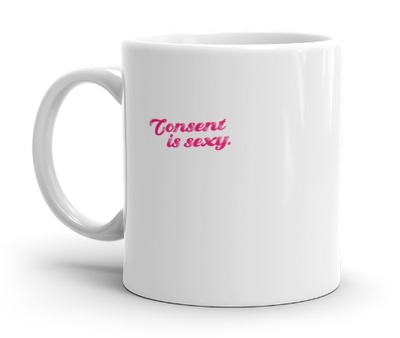 $15
per month
Join
or save 10% if you pay annually
Exclusive Mug
Fulfilled by Patreon
This is a mug with my catchphrase "Consent is sexy" in pink.
Global shipping included

Poster about Mega-Churches and morality 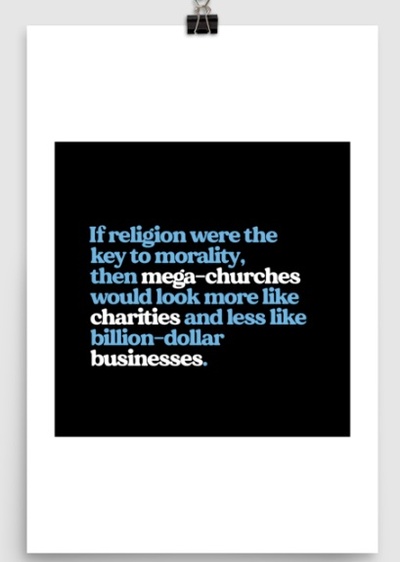 $20
per month
Join
or save 10% if you pay annually
Exclusive Poster
Fulfilled by Patreon
Free poster with my quote about Mega-Churches and morality.
Global shipping included

"ANOTHER POINT FOR ATHEISM!" shirt 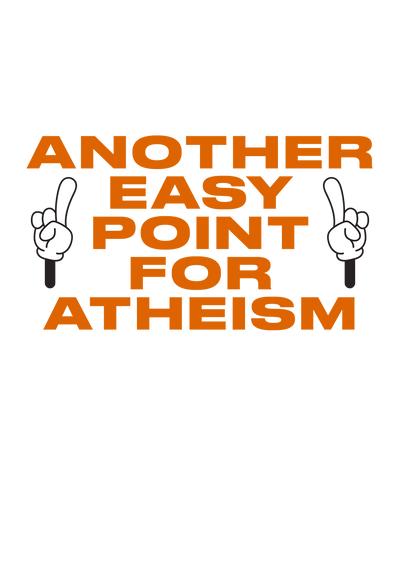 In honor of one of my most infamous trolls, I have created the "Another point for atheism!" shirt to ensure all the points are tallied appropriately.

$25
per month
Join
or save 10% if you pay annually
Exclusive Sticker
Fulfilled by Patreon
Science doesn't need your worship! Sticker
Global shipping included

Get Your Name In My Next Book

$50
per month
Join
or save 10% if you pay annually
* You get everything below this tier, plus your name in my next book. I'll be listing those who contribute at this level in the acknowledgements.
Exclusive T-shirt
Fulfilled by Patreon
In Logic We Reason! A reimagination of my first design.
Global shipping included

If you are into science, skepticism, and sustainable and ethical agriculture practices, you're in the right place! For more than a decade, I've covered all things at the intersection of religion and science, at times breaking worldwide stories on my Patheos blog (No Sacred Cows) and elsewhere. By contributing here, you're not only allowing me to continue this work, but you'll also get posts about the development of our five-acre homestead and exclusive access to posts nearly every single day. And if I get enough support, I'll be launching a new weekly video podcast series, too.

In addition to bonus perks you get when signing up for different tiers, such as shirts, stickers, etc., you'll get unique posts almost every day that aren't posted anywhere else (those on social media will receive a few paragraphs as a preview).

David G. McAfee is a Religious Studies graduate, journalist, and author of Maggie and Daisy Explore the Farm, Hi, I'm an Atheist! What That Means and How to Talk About It With Others, The Curious Person's Guide to Fighting Fake News, No Sacred Cows: Investigating Myths, Cults, and the Supernatural, Atheist Answers: Rational Responses to Religious Questions, The Book of Gods, The Belief Book, and Disproving Christianity and other Secular Writings. He is also a contributor to American Atheist Magazine. McAfee, who writes about science, skepticism, and faith, attended University of California, Santa Barbara and graduated with bachelor’s degrees in English and Religious Studies with an emphasis on Christianity and Mediterranean religions.