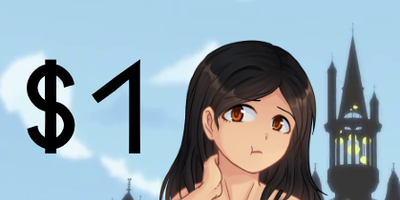 1) You get Official Patron status, which means you will be able to see early updates on the game's development, including lineart sketches and non yet processed backgrounds. You'll also access to special areas of the CBLT's Discord server.
2) Your name or nickname will be featured in the credits section of the game -unless you want to opt out of it-.
3)  You'll get a special link to be able to download a selection of CBLT covers of RWBY songs like Red Like Roses, and I Burn.
4) You will be able to download each update of the game 48 hours before it is publicly released!!! 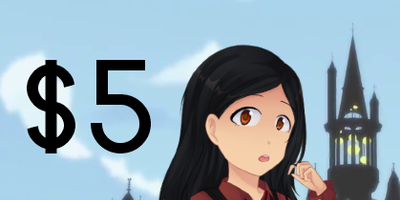 1) All the rewards from the previous tier.
2) You will be able to see rough sketches and concepts of all new visual additions 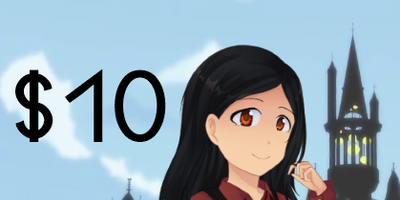 1) All the rewards from the previous tiers
2) You will get each month a special video preview of the new version of the game.

NONE OF THE MONEY DONATED FOR CBLT GOES TO COVER MY LIVING EXPENSES. THE DONATIONS ALL GO TO COMMISSIONS TO FURTHER DEVELOP MY PROJECT, AND ANY POSSIBLE TAXATION INVOLVED.

I repeat, I'm not here looking for people to cover my food or board, I already have a job.

That said, hello there, and welcome to the Patreon for my fanmade RWBY Visual Novel, titled Team CBLT.

This is a completely free Visual Novel I’m coding, writing, scripting and editing, based on the RWBY animated series. It’s a story set during the timeline of Volume 1 through to Volume 3, developed in Ren’Py and runs on Windows, Mac, Linux and Android Phones. Depending on how many and which bonds you will have made during your semester at Beacon Academy, you may influence the ending of the storyline and even canon events from the show. I invite you to support the original release by Rooster Teeth.

Team CBLT is also a mod for Meinos Kaen's own VN, Project JPDE, and uses many of the resources he has collected for his game, including sprites for the canon characters, and backgrounds. I've just commissioned some resources of my own, and put a whole new story in place of the old one Meinos is writing. I also invite you to check out and support his work.

WHY PATREON?
I can't draw or model, so I have to commission almost everything and it's only fair that those people get paid for their effort and skills, especially since for some art is a living. People like Amaco -who's the talented person who made both JPDE's sprites as well as CBLT's, along with some of the CGs-, as well as many others such as Bunnyvoid, who made all of the backgrounds for JPDE.

While many of the RWBY characters already have sprites, and the backgrounds are mostly done, there are some who don't, and there are going to be OCs that need sprites as well, not to mention the story and route CGs. So while there's plenty of work already done, there's plenty more that still needs to be done.

HOW CAN I HELP?
First, I invite you to download the latest version of CBLT, you can find the link right here. Then, join the community on our Discord Server. We're fun and we don't bite, I swear :D
If this project sounds like something you'd like to contribute to, please think about becoming a Patron by choosing one of the reward tiers on the right. Lastly, even if you can't spare any money -I understand that, there are more important things you could spend it on than a RWBY Visual Novel which is also why the tiers are not that crazy-, please try and spread the word around.

Thank you for your attention and enjoy!