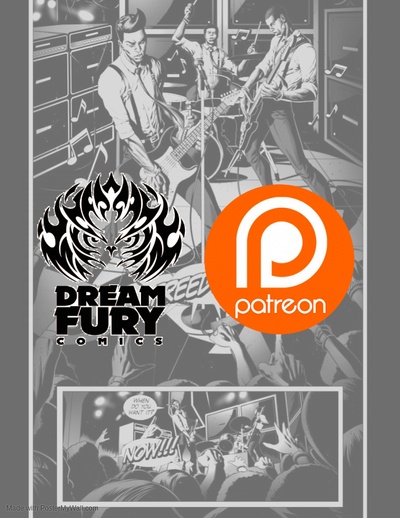 $1.99
per month
Join
Looking to just support us? You appreciate indie creators like ourselves and want us to continue creating as long as possible. This is the tier for you! We appreciate you all in FULL! 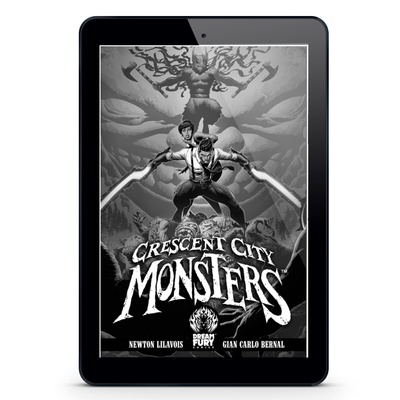 $5
per month
Join
If you're a fan of the amazing Gian Carlo Bernal's artwork, then then check out these digital goodies: 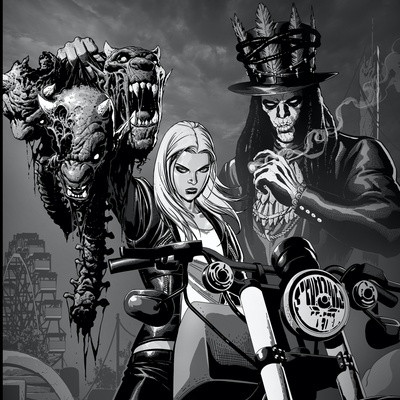 $10
per month
Join
You love what we're doing and want to support us while getting some cool swag and deals. Check this out.

Get a behind the scenes look with creator Newton Lilavois and artist Gian Carlo Bernal as they take you through the process of creating both the CRESCENT CITY MONSTERS and GALAXY CADETS comic series!
Dream Fury Comics is a publishing company owned by Dream Fury Inc., and founded in 2016 by author and computer programmer, Newton Lilavois. In March of 2017, the company debuted its first web comic series entitled Crescent City Monsters. After building up a fan base, Dream Fury Comics launched a crowdfunding Kickstarter campaign in 2018 to fund the printing of issue one. Following the first successful campaign, two more successful Kickstarter campaigns were funded for the printing of issues two and three. Dream Fury Comics is also currently working on an all ages sci-fi adventure series entitled ‘Galaxy Cadets’. The series is collaborating with YouNeek Studios with production. They will be assisting in inking, lettering, and coloring of issue one. Lilavois is the writer, as with ‘Crescent City Monsters’. With a desire to write something that his daughters could enjoy reading, he created a story with two smart females (Marie and Sophie) that get into crazy dimension jumping adventures with their cousin Andy. We want to give our new and current fans a look into behind the scenes look at the collaboration between myself, Newton Lilavois (writer), and Gian Carlo Bernal(artist). You'll get first look at the whole process from written script to the sketch pages to the final page. The whole process is fun and I hope you join us and enjoy watching Gian and I create this unique story.


What People Are Saying 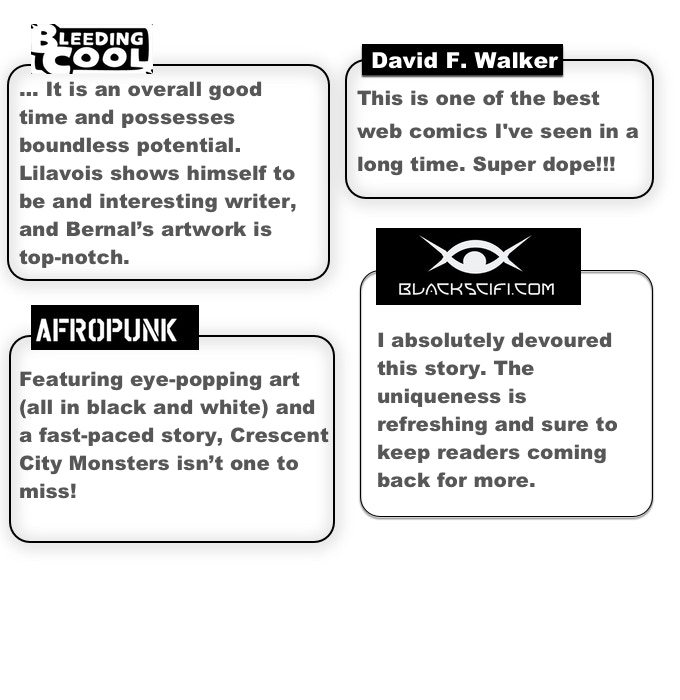