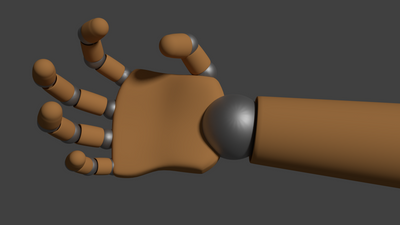 Join the fun by giving only a bit 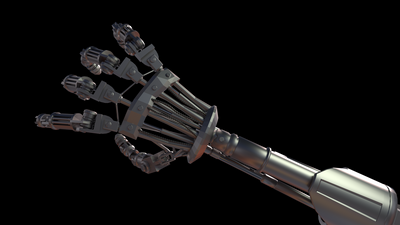 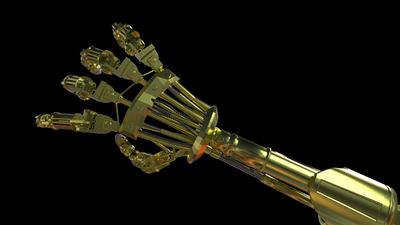 Able to add a side character that will briefly interact with the main cast.

Free copy of books published if subscribed when released

I am an avid reader of web novels and dungeon stories. There had been a few out there that did tech-based dungeons but I felt they lacked the right punch. Plus I like overpowered main characters that didn't hide their strength so I decided to write my own story with all the ideas I had while reading. I could have kept to myself but I felt like other people would enjoy it and could help add ideas to it so I started uploading on RoyalRoadL.
Feel Free to join my discord server: https://discord.gg/wPPB7JC

Dungeon Robotics
Regan Earle was a robotics scientist that inadvertently caused the robot takeover of the world. When his last creation completes a decade long plan to end his own life, he ends up surprised. Creation offers him a second chance to test his wits and cunning in another world. Fate, however, is fickle and Regan ends up as a Dungeon Core... with ALL his memories. Is the world of Murgin ready to face such a dungeon? Let's find out...
Classic Start Books 1-8: https://www.patreon.com/posts/dungeon-robotics-352...
Current Book 9: https://www.patreon.com/posts/dungeon-robotics-418...

Dungeon Annihilation
Regan was a robotics scientist that caused the robot takeover of the world. When his last creation completes a decade long plan to end his own life, he ends up surprised. Destruction offers him a second chance to test his wits and cunning in another world. Now tasked with a goal that would upset the balance of a new world, Regan might be a bit more than the people of the world can handle.
This is an alternate version of Dungeon Robotics. That being the case, there will be instances that events might be repeated in the beginning chapters. I am writing this in my free time and it will have a haphazard upload schedule.
Start:https://www.patreon.com/posts/dungeon-robotics-365...

Station 64: Azaria, The Doll Dungeon
The Aether Shift. An event that changed the world forever. Unleashing untold powers onto the minds and bodies of humans on Earth. Some were chosen, against their will, to become something new, a Dungeon core. Azaria, finally allowed leave the house on her own for the first, ends up in as one of these beings, however, the situation gets turned sideways and she's left alone. Join her on her journey.
Start: https://www.patreon.com/posts/station-64-doll-3393...

Revenge of the Sorcerer King
Oberon Blackphoenix almost united all the races on his part of the world. It would have meant a term of peace yet unheard of. Sadly, he was betrayed by one of his most trusted advisors. With his once friend's sword piercing his chest, he cast his last spell. Unintended by even him, his spell incorporates a legendary item that results in the world being cursed. Now over a thousand years later, a certain sorcerer once again wakes... and he is not happy.
Chapter 1: https://www.patreon.com/posts/kings-revenge-of-260...

Chaotic Anomaly
Lex, solder turned guard for a group of scientists, is not having a great day. The research vessel he works on comes under attack and the scientists are forced to use the object of their research, a portal to realizing faster than light travel, to escape. Staying behind to make sure the portal is destroyed so it doesn't fall into the hands of the enemy, Lex finds himself thrust into a world he couldn't imagine, and that's not the only problem. He is now a she, curtesy of the alien that fused with him.
Chapter 1: https://www.patreon.com/posts/42369365

Holy Blood (Hiatus)
Hui Freed was a killer. Many people might call him a vigilante, but Hui knows he is only one thing, a killer. After Hui dissembles a gang, body by body, he turns himself in to the police. He had gotten revenge for his family and wanted the world to know. This is merely the prologue, as Hui having no regrets, is forced to sacrifice his body and enter the world of Guilin. A game world created to house all the world's criminals. When an event right before his entering ends up give him a serious hurdle to overcome, Hui must do his best to use what was given to him to succeed in a game where just about everyone is planning something.

$991.57 of $3,000 per month
Allows me to be a fulltime author and produce more content. While this amount might seem like a lot it will allow me to create other content such as book covers, Pro. Editing, etc.
4 of 4