ELH is creating content you must be 18+ to view. Are you 18 years of age or older?

In addition to past tiers, you also get:

In addition to past tiers, you also get:

Some of you may know me from the Monster Girl community, where I've been active since 2013. Others may recognize me for my tabletop content, which stretches as far back as 2014 with Khornette Quest. Or you might have noticed my name via scanlation content I do with Raptor Scans. If I'm entirely new to you then I'll say "Hello!" once more!

I primarily write Sci-fi/Fantasy and run Tabletop RPGs. The former covers things like quests, short stories, and visual novels. The latter is pretty self-explanatory, though I also do create homebrew content. Even entire systems sometimes!

At the moment I run four streamed Tabletop RPG games:
In the past I ran STA: Arcadia, Ophion, Amalthea, Avenger, Akagi, and Adiona. I hold all my games to a high standard, making sure they are both fun to play in and to listen to. You can find all of my games either live on my Twitch, in the archives on Youtube, or in podcast form on PodBean, iTunes, Spotify, and Google Play.

On the writing front I am currently working on a Monster Girl themed Visual Novel: Monster Girl 101. It's a college-themed VN and has been a labor of love since 2014. Baring any major delays, the plan is to release whatever I have done by Valentine's Day.

This Patreon is definitely a tip jar more than anything else, though as of August 2019 it is one of my few sources of income. I have a lot of projects and only a finite amount of time in a day to spread among them. Getting support through this Patreon would allow me to put more time and effort into them. That means things like more frequent streams, better visuals, custom art commissioned from actual artists, deeper story arcs, more homebrew content, and so on.

If you don't want to or can't support me then that's perfectly okay. I currently do not have any plans to ever gate my content behind a paywall. This is just here so that I can justify taking time to make bigger and better things. Plus, all the cool kids have a Patreon these days so why not? 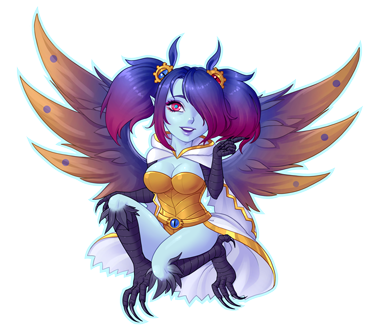 Thanks for taking the time to read all this, and for following and supporting my work!