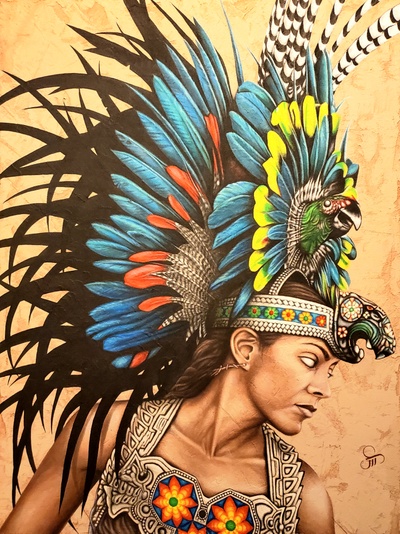 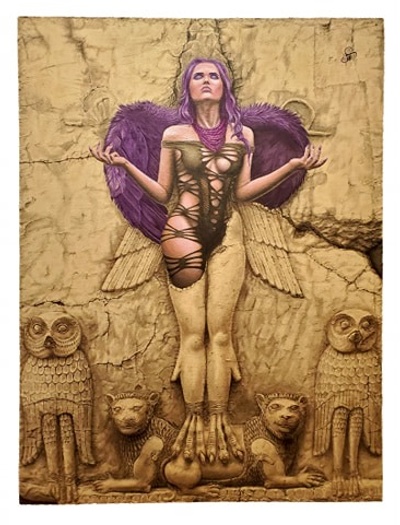 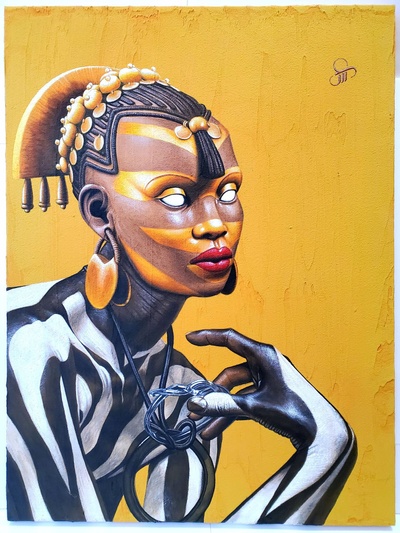 EnTactus- To Touch Within
EnTactus is the brain child of artist Casey J. Wullner. It is the sum total of his creative works, throughout his life, both past and future. It is the relentless pursuit of self-improvement, made manifest through art.
The name EnTactus found its way into the world 10 years ago first as the title one of Casey’s most widely beloved paintings. The painting was the first work that ever came to Casey in a vision, crystal clear in both its message and its visual complexity. Casey, who was barely conscious at the time, rose abruptly from his near slumber and raced to find pen and paper and immediately began to sketch. He would then spend the next year devoted singularly to manifesting that vision, knowing full and well that the vision was well past his ability to create. Still his devotion did not waiver. He slaved over it tirelessly, reworking to painting over and over again, continually improving his skill until he was good enough to call the work complete.
EnTactus is not a painting. Nearly 10 years ago Casey completed that work by the same name but throughout the entire year it took to complete, Casey new that it was more than could ever fit on a single canvas. That painting depicts only a portion of the Mayan calendar and an extrapolated continuation of the mandala, the majority of which is unseen, but clearly implied. This is symbolic of those inexorable truths, that although an artists potential is limitless so to is his work never complete, never perfect and never done.
EnTactus is a promise. A promise to Casey made to himself when he completed that single work. A promise that he was not now, nor would he ever be done. The painting is merely a symbolic of his devotion, but EnTactus… EnTactus is all that might manifest from it.
I do not devote myself to perfection, because it is not attainable. I instead devote myself to the pursuit of perfection, because it is only in its pursuit, that to perfection we may come near.
Join me in that pursuit. Chase that beacon of light that you see on your own horizon for that beacon is purpose, and without it, I know not meaning in life. My beacon is not yours, but if though my work you find inspiration, if your beacon has cast its light upon me, then may your support grant me the strength to guide you on your way, as you may guide me along mine.
By becoming a patron, you'll instantly unlock access to 29 exclusive posts
81
Images
1
Link
9
Writings
By becoming a patron, you'll instantly unlock access to 29 exclusive posts
81
Images
1
Link
9
Writings