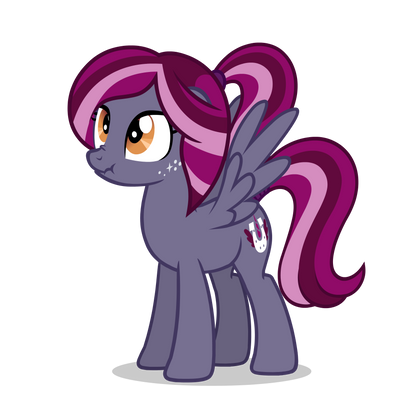 Every little bit helps! Earn the Supporter color on our Discord server. 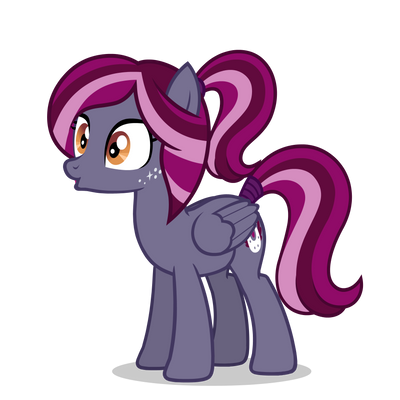 Get your OC pony added to the Patreon Supporter Hall of Fame!

-All rewards kick in the following month 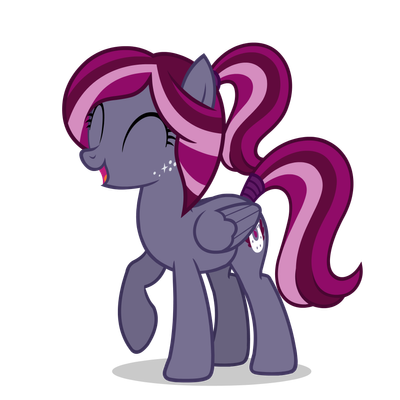 Your name will be added into our Monthly Patreon Thank You post! You rock!

-All rewards kick in the following month

In the glorious year of 2011, at the start of one of the greatest nerd culture fandoms of the 21st century, a burgeoning community of cartoon equine enthusiasts was creating an endless supply of amazing fan interpretations of a show that would take the internet, and eventually the world, by storm! Unfortunately, said creative tsunami was completely overwhelming for those that couldn't spend every waking hour monitoring it, which spawned a simple little pony blog to corral it all up, going by the name of Equestria Daily!

The fandom exploded, and with it, so did we. What started as a side project soon became a full time, 24/7 news, spotlight, and general silliness pony website dedicated to keeping the spirit of the show alive while waiting for more official stuff to build even more off of. It has been a long and sleep depriving road, but we've enjoyed every day of it! For almost five years we have been gathering up everything great about the fandom, as well as digging into what makes it, and the show, so uncontrollably awesome! Albeit with a typo or two...

Here we are in 2016, with this new thingy that everyone is doing called Patreon. Quite a few of you have recommended we add this over the past year. Equestria Daily has always been run off of simple Google ads, and other pony-based sponsors, which, if we are being realistic, aren't the best way to keep things going and really never have been. With the world of mobile taking over (EQD app included) and Adblock (understandably) dominating browsers everywhere more and more, it's looking like a good a time as any to try this out.

Patreon is becoming an awesome system for people all around the internet, from Youtube vloggers to EQD bloggers. It allows creators to dodge the need for traditional obnoxious business things that we, as the internet generation, have come to hate.

Why not better ads or other ways of raising money?

I've always avoided going heavily aggressive on money making, as other sites have always driven me nuts with how many popups, link units, subscriptions, full page "wait 5 seconds...", and other cumbersome money makers they implement. EQD has run almost exclusively on simple Google ads for all these years. It was enough for me to be able to run it full time.

Unfortunately Google ads aren't really going to cut it as we move on to 2017 and beyond. A huge amount of you have switched over to our Mobile app, which cuts site traffic almost in half. The ads on the app are about 1/20th of what the ads on the site pay, which hurts. Our mobile site has also grown a ton, and this uses the same style of ad the app does. The world is going mobile, and outside of painfully annoying full page ads that I'm sure many of you are tired off on your various apps, they really haven't caught up to traditional website ones.

In other words, I hate ads. I have always hated ads ever since they became flash based. Nothing is more frustrating on mobile than an ad popping up and sending you somewhere when you go to tap something. The last thing I want to do is add more or enable aggressive ones.

Some suggested Paypal donate buttons, but those tend to be shut down relatively quickly by Paypal and typically don't work at all. On top of this, Patreon has made it more fun, as we can reward and interact with all of you that do donate.

Outside of ads, the other option would be sponsorships beyond just the usual We Love Fine, 4DE, and Enterplay buttons we have on the side bar. The last thing I want to do is pretend to be excited as I open boxes of random stuff for you all while trying to convince you that its actually fun. We review pony stuff we actually like, and always have. Brony centered merchandise with our fandom in mind is what I love to see and promote, which is why these three get the nod. Everyone else got sent TO THE MOOON! Why would EQD need money at all?

EQD is beyond a full time job in the sheer amount of time it takes to keep things stable. I in particular (Sethisto) haven't taken a real vacation in 5 years, just due to how impossible stepping away for more than a day is. If I'm not home, I'm dedicating a huge amount of time on hotel/phone wifi doing things on the laptop. Between the posts themselves, coordination of projects, managing review teams, gathering fan content, and camping the submit box to get the news and major fandom happenings out quickly, EQD really doesn't allow much time for breaks (or sleep), and it won't be able to function if I and others can't dedicate complete attention to it.

The dream would be to get enough to actually hire, as we can't force our volunteers (and we are fortunate to have lots of awesome ones) to work anywhere near the amount of hours required. This has always been nearly impossible with Google Ads being the sole source of income for the site. But keeping things stable as we move into a mobile and Adblock world where Google Ads just don't cut it is a good goal too!

And so, we start the Patreon up. Here you can help us out for everything from small shoutouts in a monthly post to a creator ad space on the side bar for people seeking commissions. We will add more as we think of more fun things, and as always with EQD, we are open to suggestions for things you'd like to see!


Will this limit my access to EQD if I don't donate?

Absolutely not! None of this will ever gate content behind week long waiting periods or "donor only" sections. If you come from a background of video games like I do, you share my frustration in how obnoxious that stuff is. EQD will be business as usual outside of our monthly supporter party post taking an hour slot.

Expect some numbers to change around as we adjust. In all honesty, it's hard to tell how well a patreon will do for bloggers and reporters! Everything helps though! If even 1/10th of you donated a buck each month it would help tremendously.

If you have any questions, comments, or concerns, feel free to toss them in the comments here and I will try to answer anything at all. I've always asked you guys to challenge us at our convention panels, and it's no different here.