is creating Hand drawn maps for RPGs, like dnd and pathfinder

*Note this level has reached the cap, levels and rewards will not be changed*

And welcome to Eri Makes Maps. A place where I aim to make as many maps as possible for Dungeons and Dragons, Pathfinder and other RPG games, although more orientated towards fantasy games. Eventually I'll also add other RPG systems and themes as well.

I am rather new to the whole Dungeons and Dragons phenomenon. Another of those that became consumed with Critical Role and then began starting to play at the beginning of 2017 but falling in deep and hard. I run 2 of my own games, one online and another IRL - with another more random one with friends occasionally. What all this has done though is instill a love of making battle maps to enhance the experience.

What I aim to create are the maps I enjoy using in my own games. Maps that are simple, clean, and colourful.  I also enjoy creating maps that involve larger battle areas as I feel this makes encounters more fun and strategic as players are able to move, plan and take advantage of the terrain. 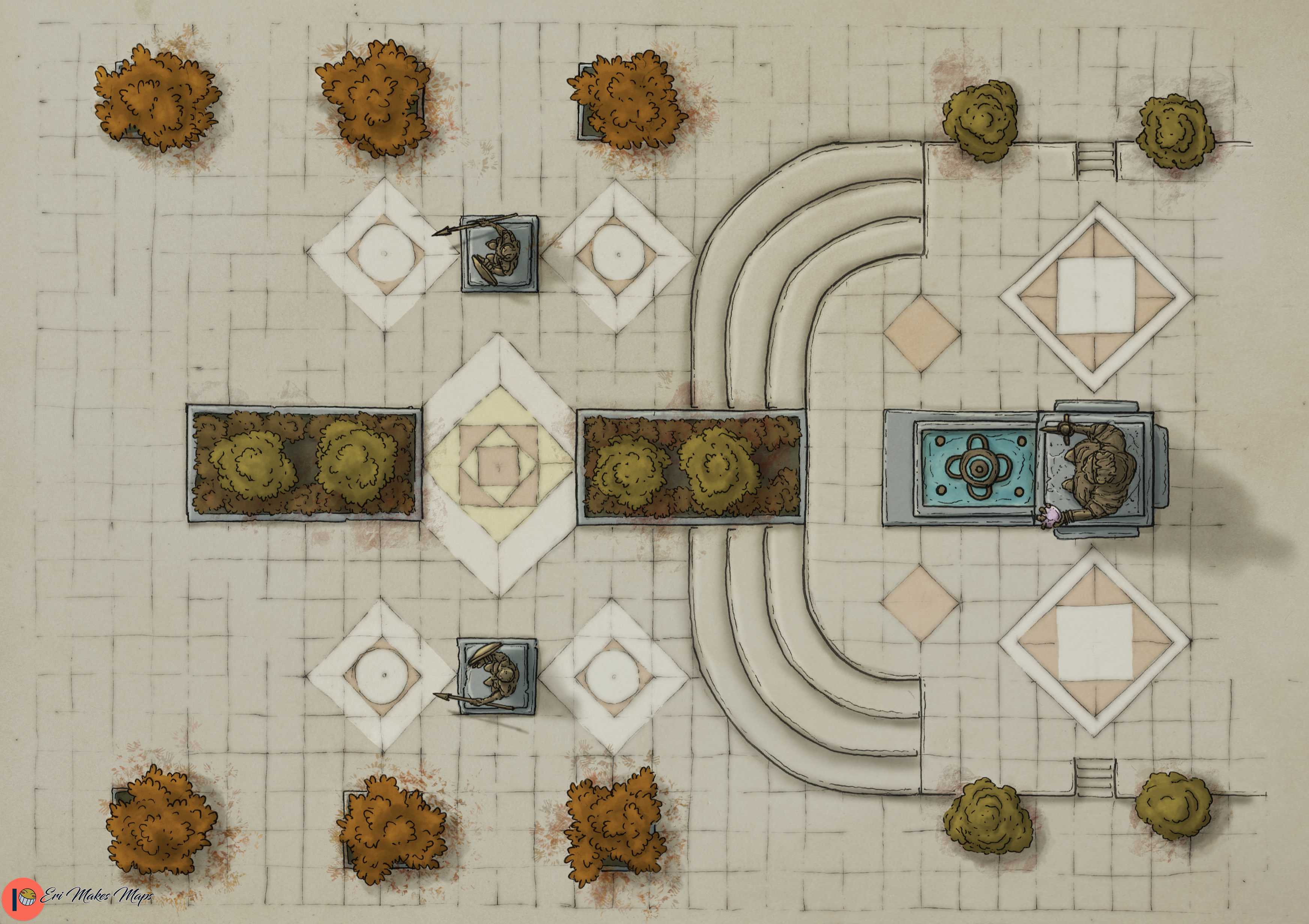 My work process involves drawing out the maps first on pen and paper, scanning them, and then digitally colouring in Photoshop. While the lower pledge will get the completed final product (both with grid and without), higher pledges will get access to the clean pen line drawings, Photoshop file for the battle map, as well as various different effects and styles.

I will also aim to create the occasional city map as well, that will be released from time to time, as well as regional maps. 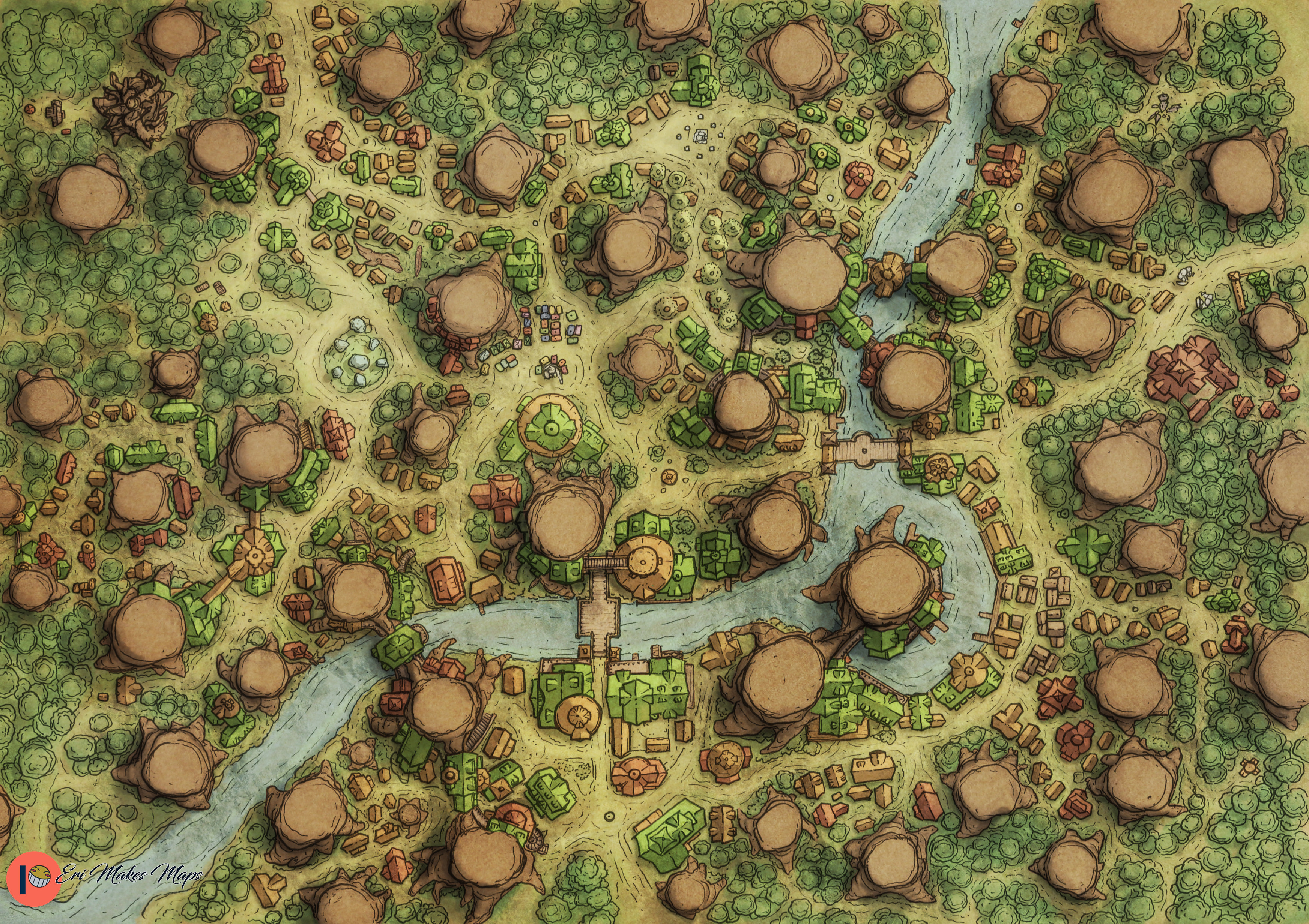 I have gone for a monthly Patreon option here as well instead of by the map and right now will always make sure that there will be one patreon map, and one free map per month. That is the absolute minimum though and typically I finish around 2-4 maps a month. This is to allow enough time to spend on the maps while also giving you the opportunity to score more awesome maps as a bonus.

Those that become patrons will also have access to the Discord where you will have the option of picking themes and ideas for the next created map. Typically I'll have a few drawn mock-ups that will be done during the week and then decide which of these to colour. All drawn maps that are completed as a draft will be available, scanned at 300dpi and cleaned up for everyone because of all you patrons. These may or may not be coloured later on - depends on what you the patrons ask for. 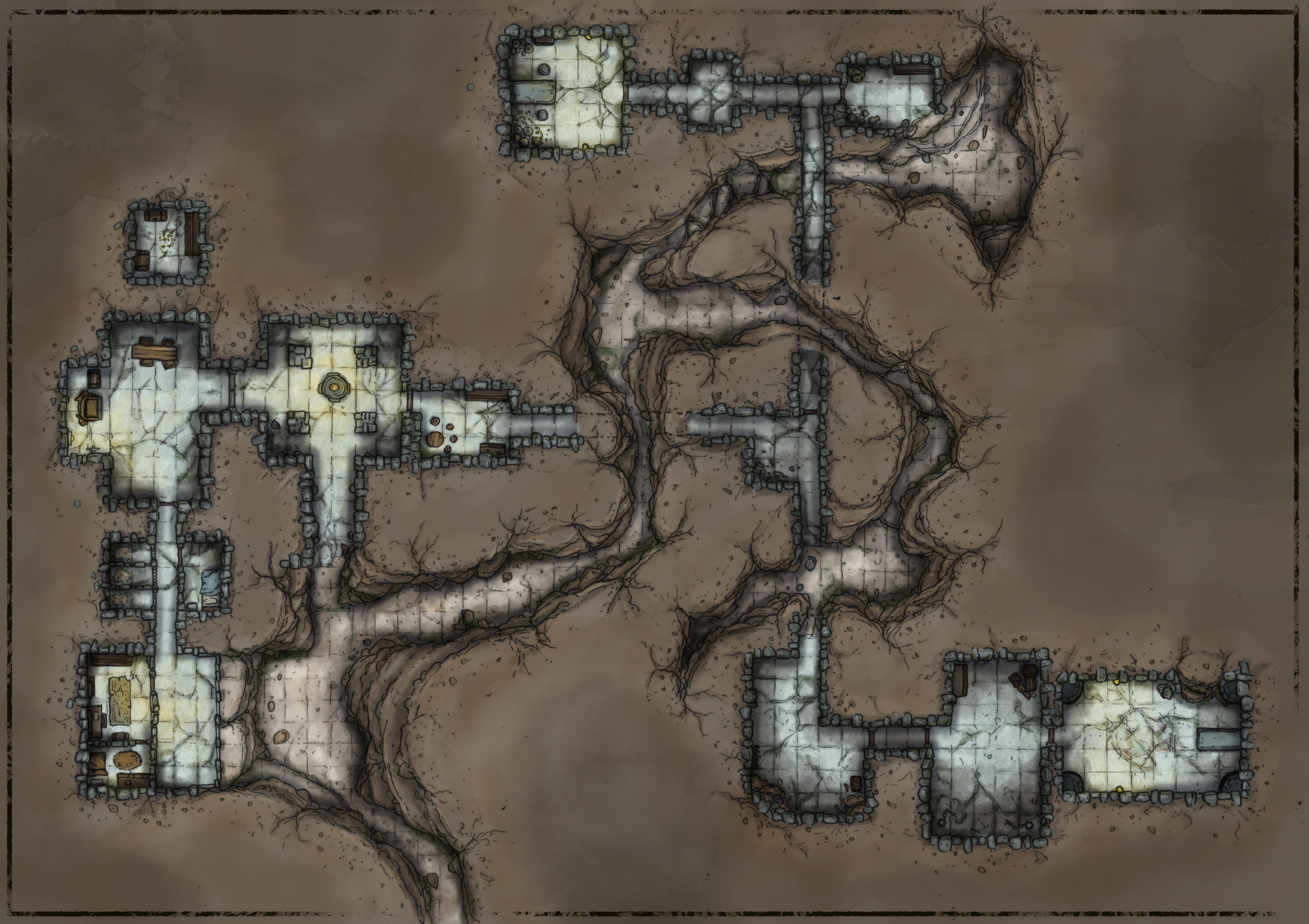 Commercial Use
My maps are available for personal and small-commercial use, and is covered by the creative commons - attribution license. This means you are freely able to distribute, remix, tweak, and build upon this work in your own way, even commercially, as long as you credit the map creator (Eri) and also the patreon website here. I do require you to be a patron here if you are using my maps in such a manor though. It would also be nice if you sent me a message about where and how you are using them beforehand because I'd love to see my maps in action.

I have gone for a monthly cost as well and this won't change to per map later on either. The cost is minimal right now due to the lower map completion rate however the pledge levels will change eventually as I begin to regularly create more maps a month for Patreon. Those that have already pledged will not have their pledge changed in any way and will continue to get the set rewards. This is my thanks to those that subscribe early on to my content.

And lastly THANKS for checking me out and becoming a patron

$200 - reached! per month
At $200 a month I will create a large megadungeon. Once the goal is complete we will take a community vote whether the goal is to create a large connected section of room, cavern and corridor battlemaps with an overall zoomed out map, or one complete Megadungeon design in a much larger resolution.
1 of 1