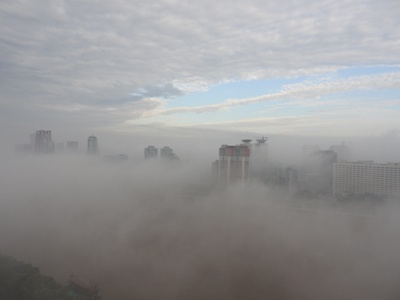 *In Bil'in, Palestine, 2007, at a demonstration against the wall Israel has built on false premises of "security", stealing 60% of the residents' land. The Israeli army routinely abducts Bil'in residents in hopes that they will cease to protest the theft of their land. Prior to the tear gassing, soldiers surrounded us kicking at our bodies and heads. Full account here. Video here.

Since 2007 I've been writing from and on issues in the Middle East, mainly occupied Palestine and in recent years Syria, fighting for its existence under a foreign war of aggression.

In 2017, I was short-listed for the prestigious Martha Gellhorn Prize for Journalism. The award rightly was given to the amazing journalist, the late Robert Parry [see his work on Consortium News].

What I offer is years of actual on-the-ground experience, which continues with every investigative trip I make to Syria, Venezuela, Crimea, Donbass...

My concerns in my writings, interviews and lectures are primarily an end to the Imperialist, Zionist, Gulf and allies' wars and invasions (and aggressive acts like sanctions) against sovereign nations and innocent people, as well as holding not only the aggressors but the lying, war-propagandizing media accountable and exposing their complicity. I refuse to compromise my principles and beliefs, and refuse to endorse the corporate media which brings us almost exclusively Fake News.

As you can imagine, doing so and remaining true to my integrity and values means that I don't contribute to corporate media, but rather a variety of independent media, the sole exception being sometimes-contributions to the Op-Edge section of RT.com. A list of the different media I've contributed to in recent years can be found on the right hand side of my blog.

As I have written before, writing with integrity either doesn't pay period, or pays very little. I may take one day, or up to a week or more for a single article and receive $50, or for some sites I've contributed to, nothing at all--but I do so for the message and the sharing of important news or testimonies.

In recent years, I added a "donate" button to my blog, after readers repeatedly asked me how they could support me.

Otherwise readers have kindly out of the blue sent me money, such as one very generous Lebanese reader after I wrote about the silence around terror attacks on Lebanon and Syria, including visiting the terrorist-attacked areas of Bourj al-Barajneh, Beirut, and al-Zahra'a, Homs.

In January, a colleague suggested I join Patreon, but I kept delaying, instead prioritizing finishing writings based on my 2016 Syria visits and then my June 2017 visit (see: Syria War Diary: What Life Is Like Under ‘Moderate Rebel’ Rule).

However, I've finally decided to venture onto Patreon in hopes that an actual and steady income can allow me to delve into the realm of interviewing interesting people, which I will open up here on Patreon, also posting writings, videos, photos and... we'll see what develops!

With my extensive experience in occupied Palestine, Syria, participation in conferences, and years of writing, and my recent visit to the DPRK/North Korea, my contacts list is quite long, and I'm sure many of those who have interviewed me in the past wouldn't mind taking stage to share their knowledge.

If you support this endeavour, welcome to my page. Coming up in the near future, some interesting interviews and discussions on North Korea, Syria and other important issues people may still be confused on.

Longer Bio: About Me

My interviews on Palestine

My interviews on Syria

My writings on Syria: