FindChaos is creating content you must be 18+ to view. Are you 18 years of age or older?

Thank you so much! We'll give you all the digital kisses, plus early access to comics and exclusive comics!

You get kisses and hugs! Plus:

All the smooches and cuddles! Plus:

What Comics Do You Create?
Currently, we have two ongoing comics: ChaosLife & FindChaos. We've also created several short story comics in the past: Every Day, Forever, and Never. We're also the creators of Lesbians 101, an educational, all-inclusive comic about... Lesbians! On top of all of that, we've contributed to three different anthologies so far: Smut Peddler 2014, The Beyond Anthology and Blood Root -- and maybe a few surprises to come!

Hopefully we'll have time to create even more comics with your support!

Who Are You?
A. Stiffler is a freelance illustrator, full-time comicker and passionate birder. Stiffler is agender, a strong supporter of trans* inclusiveness and queer rights globally.

K. Copeland is married to A. Stiffler, which is pretty rad. K. Copeland writes comics, GSM educational material and possibly several sex toy reviews. She's a passionate bibliophile, student of all things arcane and struggles to find a shampoo that works for her hair.

Stiffler and Copeland's works have been featured on Australian Broadcasting Corporation productions, The Discovery Channel Blog, The Washington Post, MSN (Japan), Gizmodo, AutoStraddle, OutLook magazine and NerdApproved, among many other online and print venues. Both Stiffler and Copeland are strong advocates for same-sex marriage, LGBTQI/GSM rights, environmental issues, mental illness awareness and preserving the arts.

We've turned our entire apartment into a fully stocked studio/office/place of business/anti-social hideout, including our living room, which has pretty much the same set-up as Holden & Banky from 'Chasing Amy'. We're... pretty proud of that. 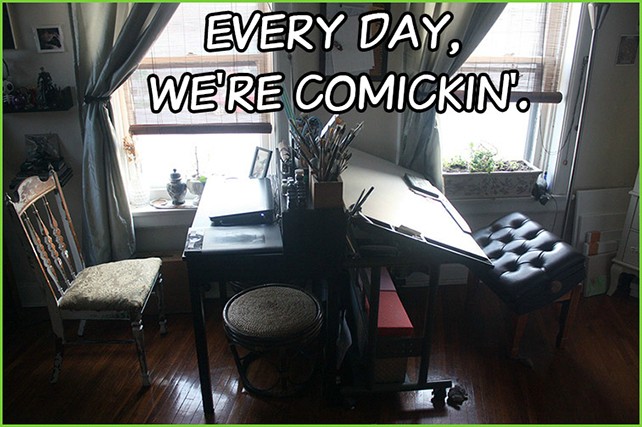 Our interests include comics, horror movies, animals, towels and probably anything else you could imagine. We're against elderberries, East African swallows and bigotry.

Why Should I Support You?
Because you're very kind! And because it will give us wiggle room to make more comics and art, travel to meet you and keep on keepin' on!

We currently supplement our income with commissions, which means much of our time is eaten away. With more support, we can devote more time to making comics. On top of this, supporting us means we'd be able to update the equipment we use, how often we travel to meet folks and how much free time we're able to dedicate to other projects! 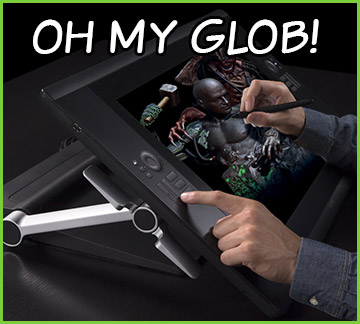 We're also offering all kinds of cool stuff as rewards, like behind-the-scenes looks at our comics (both past and present), video tutorials, podcasts, videos, in-depth answers to burning questions, sketches, script samples, .PDFs of some of our comics, and, oh yeah! More Comics!

We'd be able to update ChaosLife and FindChaos more than once a week, which is our main goal!

Sometimes it's hard being a queer couple in comics, but with your support, we can make it happen!

What Are Your Comics About?
All sorts of stuff.

ChaosLife is a humorous strip that's mostly autobiographical, but has a few political or topical one-offs thrown in. It's meant to be entertaining, funny and sometimes educational! It mainly features the day-to-day life of us, our cats and our never-ending chaos!

FindChaos is our graphic novel. It's for Mature Audiences Only. It focuses on Arthur Carroll and his adventures in a world that's more supernatural than natural. It features a cast of diverse characters and scenarios -- and also has vampires, were-creatures, demons, angels, psychics, robots, witches and even a guy that drives a vintage Ford and drinks tea all day. It also contains a lot of violence, nudity, strong language and gore. We love every minute of creating it, and the cast is primarily queer!

Lesbians 101 is an edu-comic that's all about lesbians and personal identity! Stereotypes, questions, and even some rude e-mails we've gotten are explained, answered and dealt with in an educational manner. Lesbians 101 is trans*, poly, bi, etc. inclusive and strives to be a down-and-dirty guide for those that want to know about the GSM community or need a quick lesson on it!

Every Day, Forever & Never are our short comics (so far!). Each one is a different kind of horror story, though some have happier endings than others. Each is in a stark artistic style, ranging from chalky to sumi-e ink, but with a similar storytelling aspect -- making them a trio of horror tales.

Whoa There, You Guys Make 8 Comics Per Month, At Least?!
Don't worry, you don't have to support every single one, especially if we start making more per month! In fact, you can set a pledge limit so you only have to support so many, even if that's just one per month! Only read FindChaos? Only pledge for 4 updates a month! It's totally up to you and we're thankful for any support we get!

So.... You Said "Cats" Somewhere In There?
Yep! Here's our derpy cats: 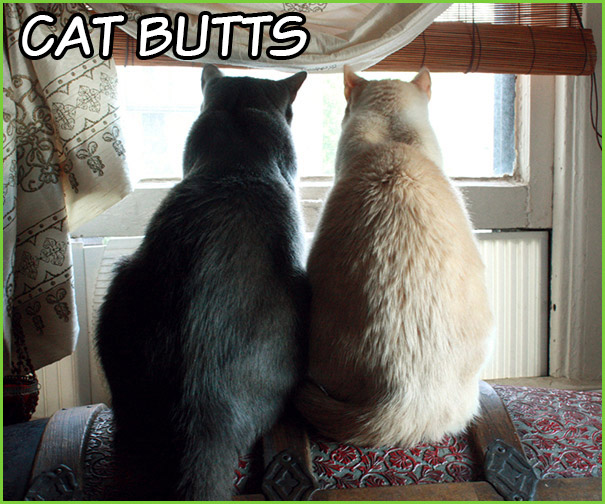 And our newest, Jiji! 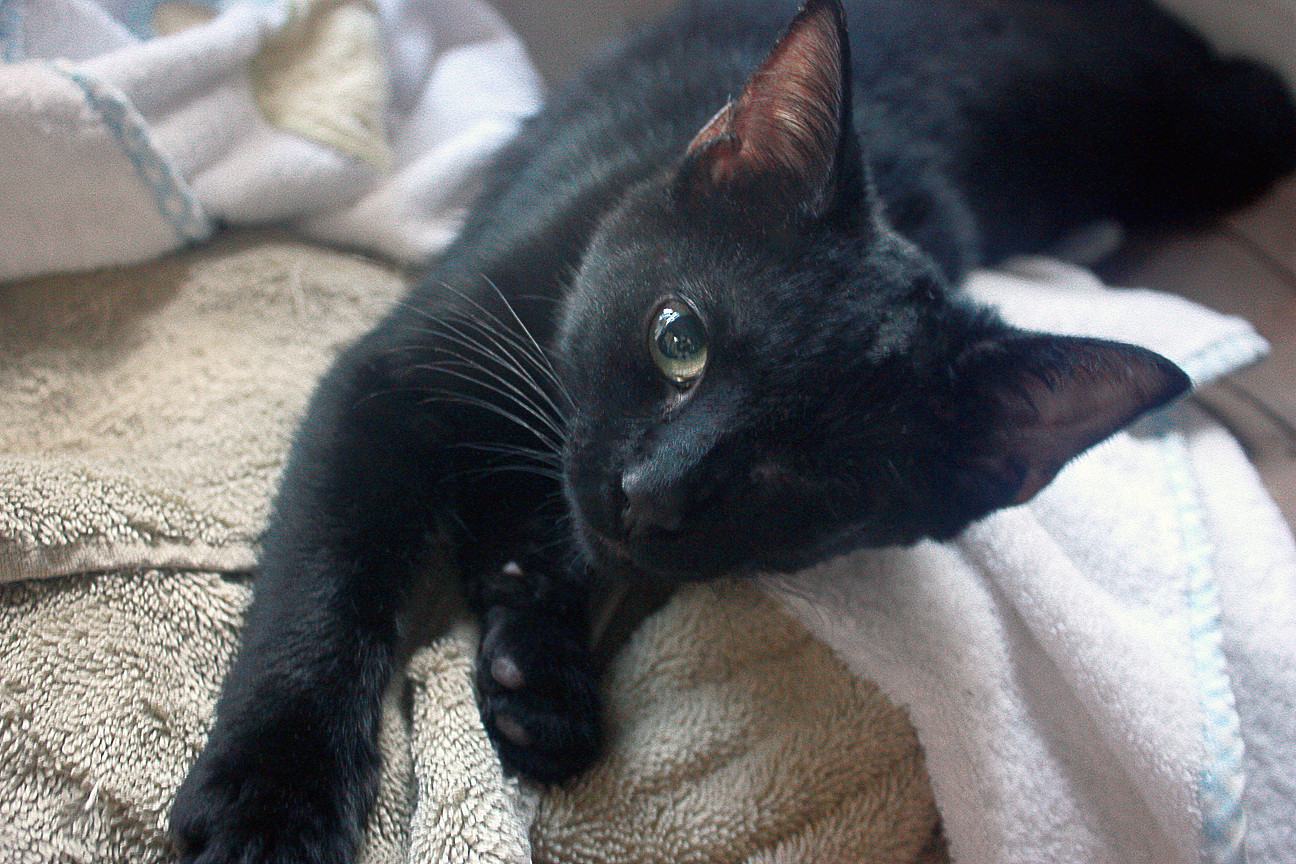 Oh, and there's a comic for each of them, Peter, Konstantin, and Jiji... Enjoy!