$10
per month
Join
or save 16% if you pay annually
Thank you for your support!

A little above the minimum. This includes everything in the above tier, plus you get a world named after you. Keep it clean. 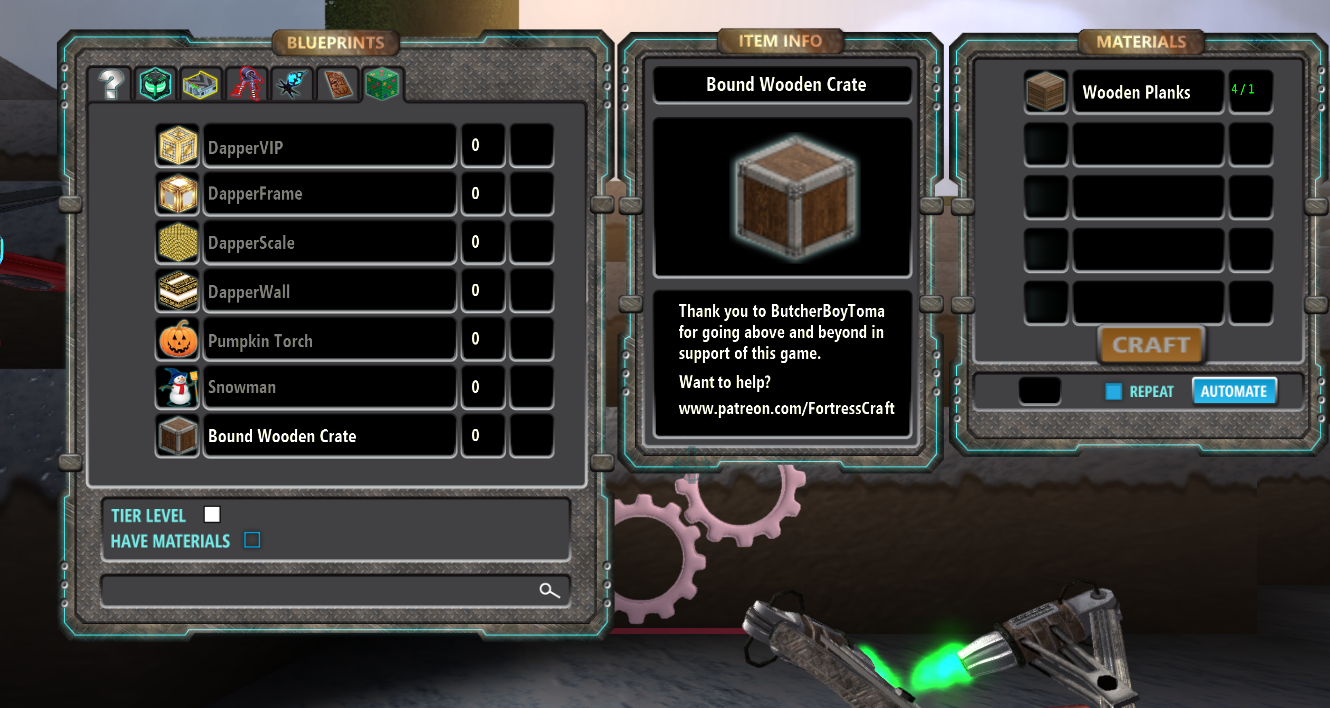 FortressCraft : Evolved is a complete, released game. After over 5 years of development, I have finally had to say goodbye to it. This was entirely to having run out of money - I had so many bugs and features and improvements I wanted to add, but sadly couldn't.

Work has now started on the sequel, tentatively called FortressCraft : Phoenix - this is almost entirely funded via Patreon donations.

At the end of Evolved, there were 122 weeks of planned features:

...and more are being added and suggested daily.

As a dev, I got a very small proportion of the proceeds from the sales of the game (Tax, Publishers and Valve all whittle that away) - FortresssCraft Phoenix will be a self-published game, giving me much more control over pricing and sales. I would love to be able to continue to work on this game long-term - and by 'long-term' I mean the next 5 to 10 years. PCs are gonna get a lot faster in that time!

I do not want to have to get a part-time job to support myself writing this - I want to continue to plough 100+ hours  a week into improving the game I love. Hence, Patreon (Tax aside, I should receive 95% of the money taken through this!)

The advantage of Patreon is that it's regular, guaranteed income - as an added bonus, it gives extra motivation to get the next mainline patch out! Steam income comes and goes; Summer and Winter sales are AMAZING - whereas the lull around February/March is horrible.  Just to be clear, this is mainline releases, not the daily Bleeding Edge patch!

What's in it for you?

I've requested a 'private' DLC AppID from Valve, and Patreon backers above $10 should receive that. This will, at a minimum, contain a unique skin, a unique ARTHER skin, a unique SpiderBot skin, and access to the TechAxe.


I plan to continue releasing patches on the same cycle as currently. This is roughly 2 weeks of frantic feature addition, 1 week of polish, and 1 week of bug testing. This should mean patches come out roughly once a month.

Pledge now and be the first to get the exclusive Patreon skins! ;-)