is creating an app connecting audiences to content by women for everyone.

A few bucks a month. 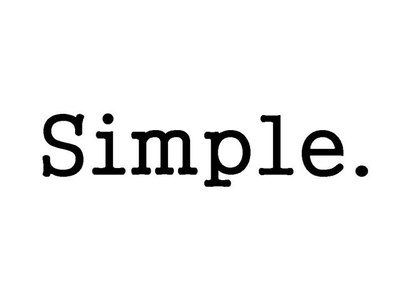 $3
per month
Join
Nothing fancy. Keeping you in the loop over email. 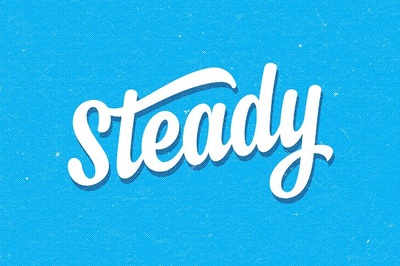 $10
per month
Join
Now I'm a line item in your budget. You get access plus to my mini-vlog filled with startup realness. 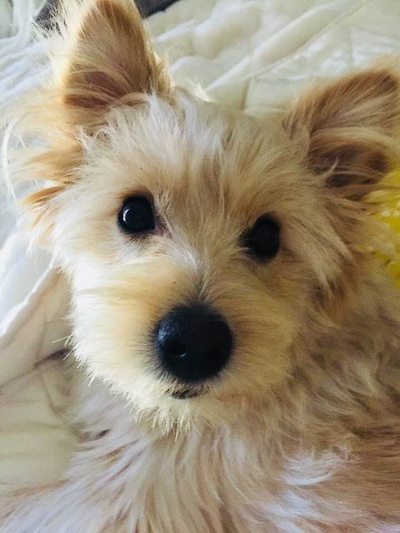 $25
per month
Join
A monthly thank you pic from Fuzzby, my pooch.

Hey! I'm Melinda. A startup woman building the first movie ticketing app that curates AND connects audiences to content directed, written by and/or with women as the central protagonists. There's a an "ah-ha" when I refer to it as a "feminist Fandango", usually followed by a "right on!" or "COOL!"

I'm a rebel-preneur. I've been on my own since I was a teenager, am a first-generation college grad, a wife, proud fur-mom, a dedicated friend, mentor and OG supporter of many.

One of the biggest reasons I'm launching my Patreon is because I need to advocate for myself in this endeavor. The sexism and investment gap is real in the startup world. Having monthly supporters who care about my work and my well being is the kind of accountability I deeply need and wholeheartedly welcome.

In the era of the #MeTooMvmt and #TimesUp, audiences have the opportunity to impact the biggest medium of our time and drive the culture-shift audiences’ hunger for --- inclusion, equity and sustainability. I hope you believe in Tanji and me!

Thank you for reading and for your support.

With kindness, compassion, humility, and a shit-ton of moxie,

Backstory -- A Curator Was Born
When I learned that 96% of the last 1100 films (through2017) are directed by men, I couldn't believe it. I still can't. I started to curate my own super-watchlist tracking movies and content directed by women, written by women or with women as featured protagonists. Here's the thing...it wasn't easy. I was gleaning cultural and critic reviews (that weren't white men), industry rags, entertainment and pop culture magazines, feminist blogs and social media. If it was THAT hard for me to make it a priority, what's it like for others?! Soon, like-minded friends with time to binge and the need to easily locate this kind of content were coming to me for recommendations. A curator was born.

Data & Daringness
Because I'm a living, breathing woman on this planet, I know that expectations of me in the workplace/force require me to work harder for what I earn. Part of that requires a level of preparedness, case-making, and maintaining a soul-crushing level of imposter syndrome and professional stress. I know I needed to make a strong market case. I needed data. Here's what I've learned.

Exhibitor data:
**Women are the driving segments of movie-goers -- by ethnicity, age, frequency, showtimes.
**51% of all movie tickets are bought by women -- a $5.6 BILLION box office force

Not-so-Niche market data:
**84% of ALL media consumed in households is driven by women.
**Women consume the most media and most screen time across screens (theaters, online, devices).
**89% of women prefer to purchase with a purpose.
**Women use their phone as their main device AND for purchasing.

Being a woman in tech, founder, and media creator is radical act.

Down with R & D, yeah you know me:
So far I've created a an early & distinct social presence for Tanji, grown a beta-subscribers list in the thousands, conducted feasibility conversations with angel investors, initial ambassadors, film market innovators, filmmakers in front of the camera and behind it, distributors, festival programmers, exhibitors, social and economic researchers, targeted fandoms, beta testers, and natural partners. There's a desire for new ways to engage and build audiences, people care about taking collective action as consumers (social benefit), and there's a desire for trusted curation in content and advertising. Audiences have a major role in changing this, and the influence to do it.
Diversity and inclusion pays off at the box office:

Progress so far:
I've also built & tested early versions of our app at audience-driven film festivals, including our soft-launch at Tribeca Film Festival (hosted by our advisor Paul Feig), and at community driven festivals committed to gender parity, like Mill Valley Film Festival. We've been meeting with women in film advocates through women-centric media conferences. As a baby startup, we've pitched in front of angel groups, female founder events, and at ComicCon. We've strategically yet diligently applied to a dozen accelerators/incubators/fellowships. We were a featured startup at Cannes Lions - the global festival of creativity. All of this and above is important work in the pre-seed stage for a startup, but it also requires resources, time and a gigantic leap of faith.

The Plan:
Implementing our full-on beta service and go-to U.S. market launch in 2019.

Bootstrap & Hustle:
Bootstrapping is always tough, but if I don't believe in myself who will. I've financed/drained personal resources to get to this point but going without a steady income is tough. As a woman it's extra scary. I've had a steady side hustle consulting on social media and producing with actress Ellen Burstyn, assistant producing a podcast, social marketing an award-winning short campaign, and co-producing a short film festival spotlighting emerging women directors. I'm trying to hustle in ways that help build Tanji up maintain some scratch.

Your support goes a LONG way:
All personal support goes directly to toward empowering me as a founder & woman in tech in my startup: building code, creating an experience users want & expect, maintaining security and privacy, legal/tax/accounting guidance, marketing and pitch materials, maintaining frugal yet safe travel expenses, and towards basic entrepreneurial self & mental health care.

From the bottom of my heart, thank you! xoxo