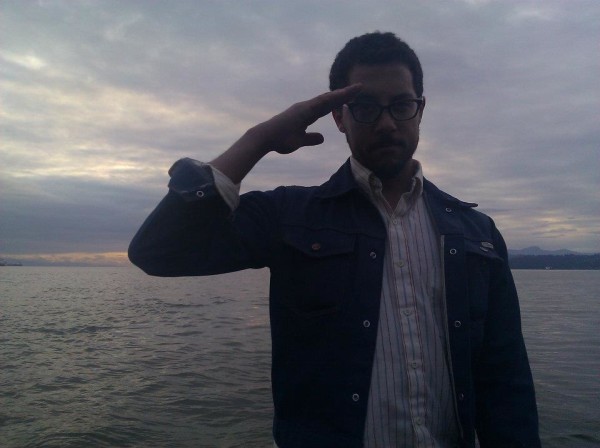 Thanks! A dollar per month is a great way to let me know you support me and my work! You'll receive my sincere thanks and access to general Patreon updates!
$2
per month
Join 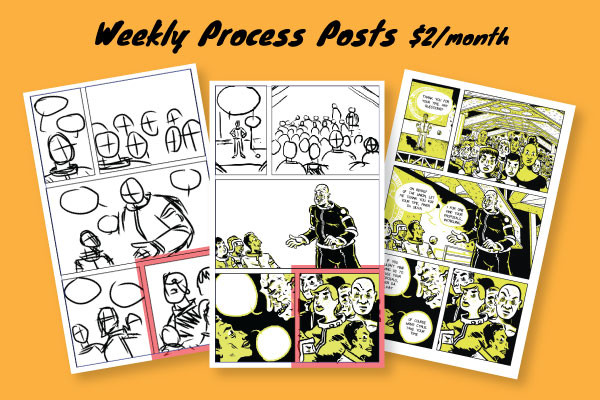 Thank you so! This is the level to pledge if you are interested in seeing weekly behind the scenes process posts, including sketches, notes, and exclusive previews of upcoming work.
$5
per month
Join 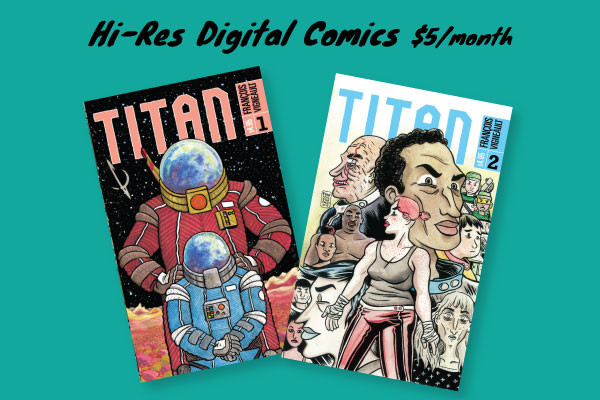 My goodness! Thank you! At this level you'll not only gain access to my weekly process posts, but also a download link to high-quality PDFs of Titan and you'll also receive occasional special updates throughout the year with miscellaneous shorter comics old and new!

Hi there! My name is François Vigneault and I'm the creator of the sci-fi comic Titan, the artist of the YA series 13e Avenue and the new monthly comic book series Orcs in Space, and lots of other fun stuff. I was recently nominated in the "Best Cartoonist" category for the 2018 Joe Shuster Awards! 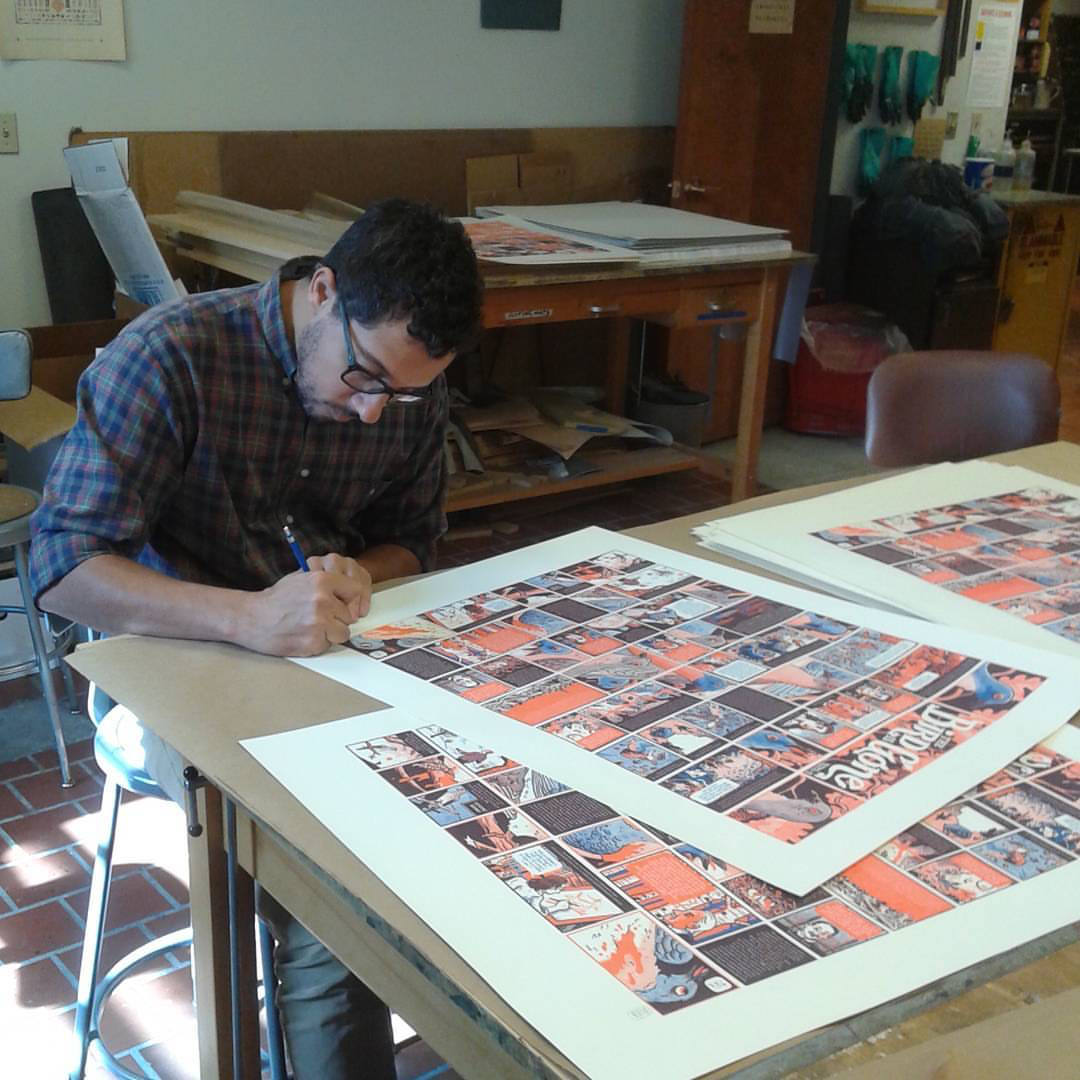 I've been creating comics and illustration work professionally for over a decade, including projects about birdwatching, angsty grifters, goofy hackers, and rebellious gargantuan workers at the edges of the solar system. I’m very excited to announce that my graphic novel TITAN will be published in Fall 2020 by the good folks over at Oni Press! TITAN has been called "one of the most realistic scifi webcomics we've read in ages" by Lauren Davis of io9 and "a spectacular science fiction comic" by Phillipe LeBlanc of The Comics Beat. TITAN was serialized online and in print by Study Group Comics, and Éditions Pow Pow published the book as a 200-page French-language graphic novel in 2017. The book was nominated for  SIX major prizes in Quebec: The Prix Bédélys Québec, Prix Réal-Fillion, Prix Des Libraries Québec, Prix BD des Collégiens and the Prix Aurora-Boréal! An English-language edition will be released in English by Oni Press in Fall 2020. 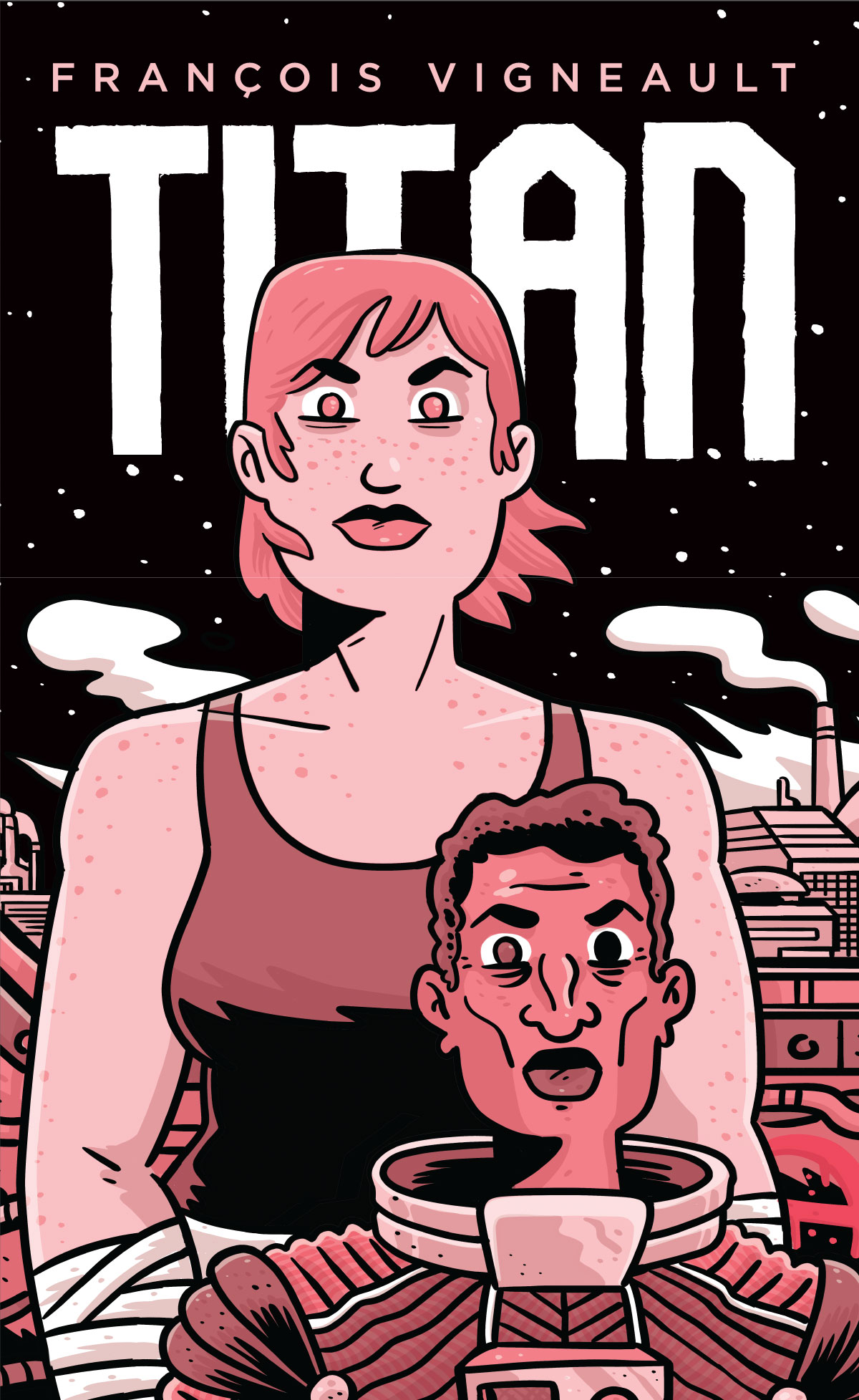 In 2018, I completed my second graphic novel, 13e Avenue Vol. 1, the first book in a YA comic book series created with the author Geneviève Pettersen and published by Éditions de la Pastèque. 13e Avenue has also been nominated for a bunch of prizes, inlcuding the prestigious Prix Bédéis Causa, the Prix des libraires du Québec and the Prix des collèges which will be presented at the Festival International de la BD Angoulême next year. 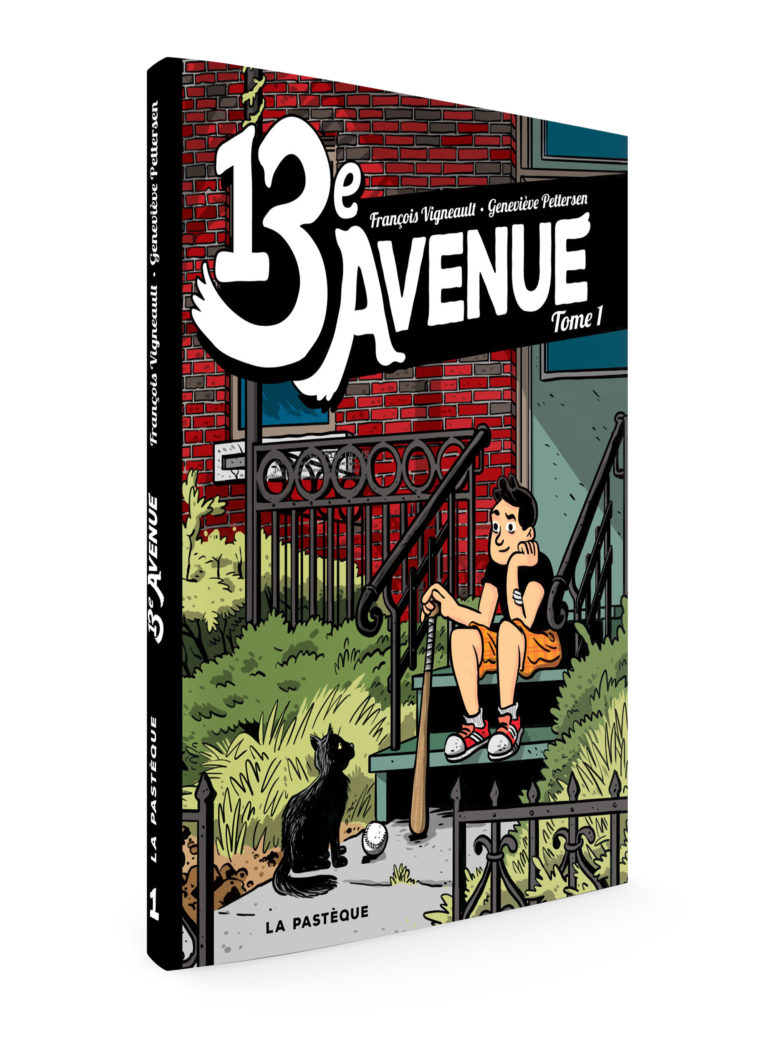 A little over five years ago, I made the leap into being a full-time freelance creative! I've always made the majority of my comics and art "after hours," and it is incredible to be able to dedicate myself to it as my primary job for the first time in my life! I've already seen my productivity increase by a huge amount. In addition to my freelance work I'm hard at work on personal work like Titan and I've been able to make time for unique projects like my Cent Jours de Montréal sketches. My current major projects are the next volume of 13e Avenue and Palace of Memories, a sci-fi/fantasy graphic novel that will be completed in 2022. 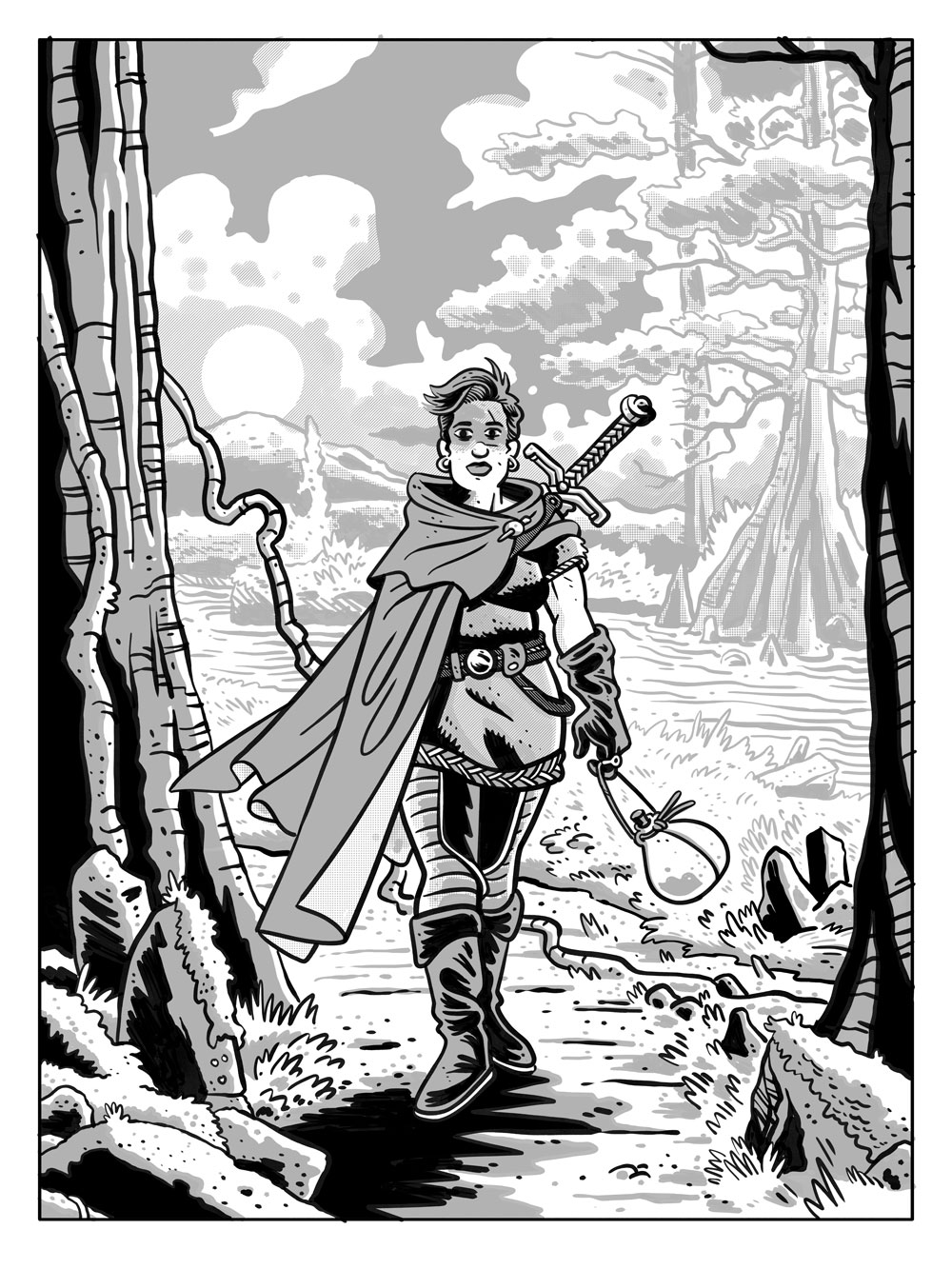 But with this freedom comes the well-known ups and downs of the freelance lifestyle! I've been lucky enough to have found some amazing clients already, but this work can be feast or famine at times. In order to help balance things out, I'm turning to you to help me create more work, more often! 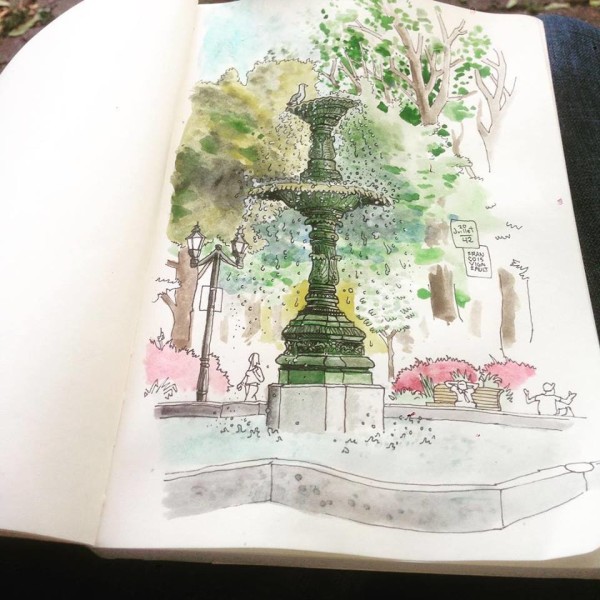 How does this work?

Patreon is a platform where generous people like you can become patrons of the arts by directly supporting creators like me. If you have ever supported a Kickstarter campaign, you'll understand the basic idea of crowdfunding, but in this case it is smaller amounts over a longer period of time. You pick an amount you'd like to send me each month, and in return you gain access to Patreon-exclusive content (check the full list of perks below for details) and you'll have my eternal gratitude. You can change or cancel your patronage at any time, and you'll only be charged once a month at the amount you choose to give. 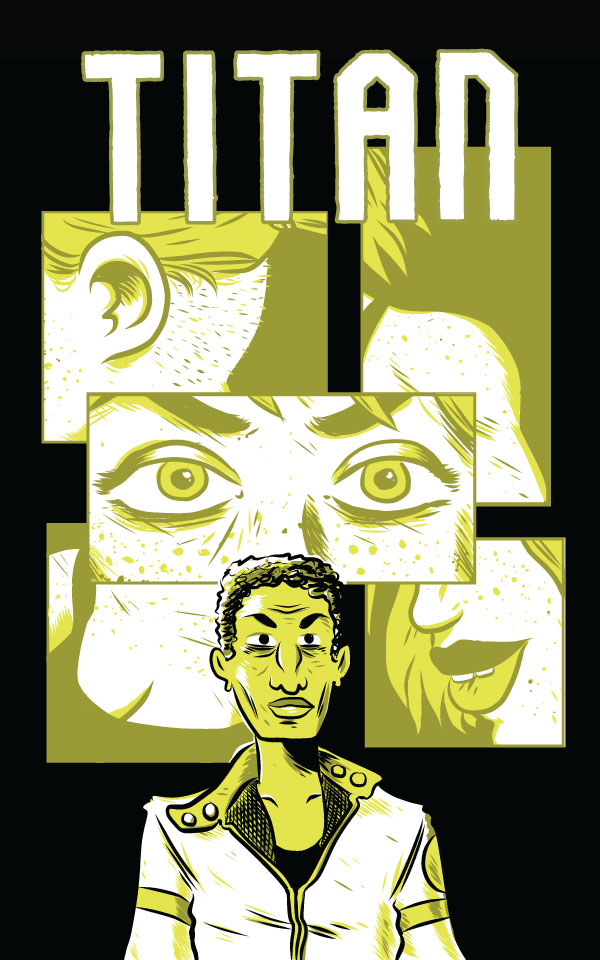 Other Creators Charge Per Comic, Why Aren't You Doing That?

While the majority of my creative energy is currently going into creating 13e Avenue, I've also got lots of little side projects going on too, from font design to printmaking and my daily sketches. I believe that a monthly contribution on your part will more accurately align with my various projects, which you will receive exclusive behind-the-scenes access to as they are created!

Thank you so much for your interest in what I am doing. I am extremely excited to be dedicating more of my time to creative work in the coming years, and I couldn't do it without your enthusiasm and energy for my work. I hope you will consider pledging your support for me at a level you feel comfortable with, but no matter what I truly appreciate that you took the time to read through my page!

Signup for my monthly newsletter!