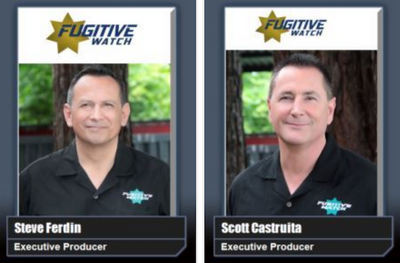 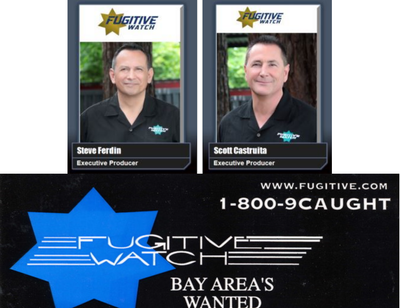 About Fugitive Watch Most Wanted

Fugitive Watch was founded in 1992 San Jose police officers, Steve Ferdin and Scott Castruita. Fugitive Watch is a reality-based television show, newspaper and website, fugitive.com. We can also be found on social media such as Instagram, Facebook, and Twitter.

Most importantly, Fugitive Watch helps save police officer's lives by locating fugitives for law enforcement so they can more safely arrest them rather than unexpectedly running across them through extremely dangerous routine “chance encounters” such as routine traffic stops. As law enforcement officers know all too well, These “chance encounters” have resulted in countless officer killed or injured.