Who am I?
Hi there, it's Galoo! I am a Colorado based Hungarian animator who loves in cartoons, comics and illustration.
Some of you might be familiar with my characters who live in the Fallout universe from my tumblr, some of you might be new to them. Either way, welcome! What am I making?
My husband and I have been creating comics for a couple years now, some of which you can read on Tapastic. If you like them and would like us to continue making them, you can support Cam and I in telling the origin stories and adventures of our characters in comic form.
The main source of my income is from commissions so I don't quite have the time to make comics on a regular basis but by pledging here you allow me to free up some of my time for them! In exchange for your patronage I will create a series of comics. For now I only update once or twice a month. I set up this page so that you only get charged when content is produced, to make it fair for you! If we hit higher goals, I will be able to produce content more frequently and give you cooler rewards! (Follower mod, postcards, unique merch, etc.)
I would like to keep such things as occasional tutorials and streaming sessions available for all of my followers, therefore these will not become patron rewards in the near future. However, you get to see WIP-s and step-by-steps that do not get posted anywhere else and you may receive personal rewards depending on the tier you pledge to. Comics in the planning:Additional story ideas:
Polly's origin story, travel to New Vegas, pre-war stories including Hauser, NSFW comics of our pairings and strips featuring comic relief characters such as The Chore Ghoul and Scaggles, the Musical Deathclaw. Honestly, at this point it feels like we'll never run out of stories to tell. What does the future hold?
With more patrons I could get more time to work on personal stuff and provide you with more content and rewards. It would let me appear at cons where I can meet you and create more merch to offer for you. I love making stickers, pins and charms and I would love to be able to create exclusive and custom stuff for you! I could create a second line of comics of other characters or stories featuring my fantasy characters. Who knows, maybe with time you even get to accompany me through the process of making an animated short!

Much love to you all and thank you for checking out my Patreon!

$250 - reached! per comic page
Cam and I will make a simple follower mod for Fallout 4 so that you can run around abusing (or embracing) your own Buttons in-game! 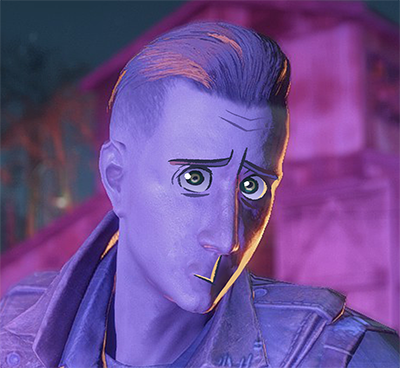