is creating Past Daily - A site Devoted To History, Pop Culture and Music

A Little Goes A Long Way 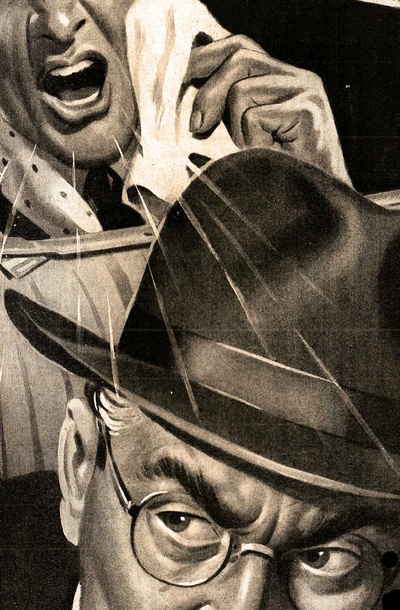 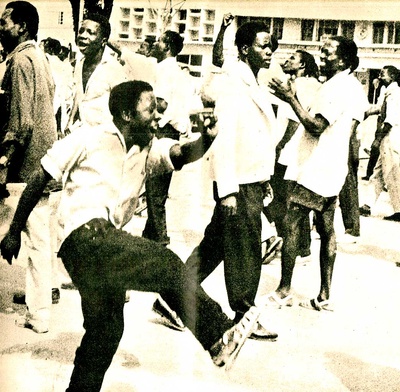 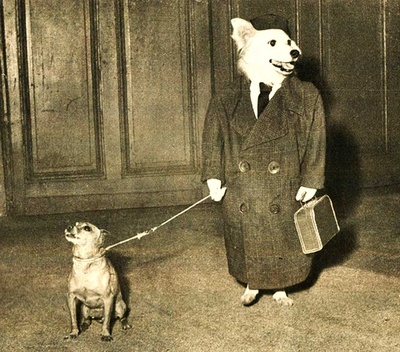 What Is Past Daily And Why Should You Care.

Past Daily is an extension of my Archive. It is a project I work on every day, 12-14 hours each day. Why? Because I am committed to bringing history to as many people as possible.

Here's the deal - I began collecting sound by accident. It all started on November 22, 1963 - a day I was home sick and, like most kids, bored out of my skull. I was playing with my parents tape recorder, just randomly recording anything that sounded interesting at the moment. And when the very first bulletins came in that President Kennedy had been shot in Dallas, I felt horrified, helpless and oddly curious about how this was going to turn out. So I kept the tape machine running. I went through one reel and grabbed a second and a third and a fourth. It was then I realized I needed to keep these as a way of proof that I witnessed an event. Soon, I began to make a habit out of recording, going even further to becoming a teenage dumpster diver, digging for recordings radio stations, which I lived blocks away from, were tossing daily into the trash. And over the years it has continued - no longer dumpster-diving, but getting phone calls and offers from other collectors and radio stations to take these little slices of history off their hands. Over the past twenty years, the collection has amassed to some 150,000 reels of original tape and over 30,000 transcription discs (the method of recording in the 1930s and 1940s), and a warehouse fairly overflowing with history.
But then I started thinking; "why do I have all this stuff if I can't share it?" - I have known collectors who jealously guard what they have acquired, and it seems a shame that, here we are, in a period of time where being aware of history is crucial and I'm sitting on all of it. About 10 years ago streaming audio began making strides, and it became the perfect venue for me. The ability to share a two hour Khruschev Cold War era address from 1959 as well as a historic concert from London or Boston - I could do all that and I could offer it to people who have never heard it before, were studying a period of time or were just curious about how events of the past unfolded. And so I started Past Daily in 2012, and committed myself to putting my entire collection online and make it available to anyone who wants it.
And then I realized that, now that I have this forum and this place to turn people on to things, why not build on it to include current discoveries and Popular Culture? Having a website doesn't necessarily mean having only one thing to offer, it can be an eclectic mixture of all sorts of things that the visitor can pick and choose what they want to hear when they want to hear it. Basically, it's a bit like a French, Spanish or Swedish radio station. I don' t know if you've ever listened to Radio France Musique, but their programming is an eclectic mix of Classical, Jazz, World Music, history and interviews, all during the  course of a day, and all of it an aural feast. And since the Internet is a vast cafeteria of materials to pick up, avoid, or put on hold, it was the perfect platform for Past Daily to exist. During the week it's historic news, interviews, events, speeches - all from 1898 to yesterday. At night it's music, a mixture of old and new, familiar, lost or undiscovered. On the weekends it's a mix of Pop Culture (Top-40 radio of the 60s - an interview with Bill Graham, and on and on), historic Rock concerts, as well as Jazz concerts - and everything dealing with Popular Culture. We run the gamut - from Wanda Landowska to Prince. The only prerequisite is that it's good, thought provoking and interesting.
For the past five years I have posted, without letup, a minimum of three a day. At present, there are almost 6,000 posts to search through. This is a daily job for me - as I said, it takes from 12-14 hours every day, seven days a week, to research, digitize and write each post. But that's my commitment: that is what I have pledged to my audience to do.  It has been difficult to sustain the level of output because of the time and the need to raise money in order to live and to be able to continue doing what I love, I am also a published author and have several unfinished projects I just need the time to finish. And the occasional nights sleep of more than 5 hours would help too.
I have a lot to offer and a lot I want to accomplish - I am also actively turning people on to new artists and just trying to make a difference by doing what I know how to do best.
And with your help I can keep doing that.
Best wishes,
Gordon Skene - Creator of Past Daily

$286.22 of $2,500 per month
My goal is $2500 a month, which will take care of space rental, vintage equipment upkeep and the ongoing digitization of over 150,000 original reels of tape and some 30,000 transcription discs of recorded history going from 1890 to the present. At present, I am posting a minimum of 2-3 posts per day based solely on materials from my Archive.
1 of 1