Hopkin Looking To Curl One...

Hopkin Looking To Curl One...

is creating daily features, opinion and insight into the world of CPFC 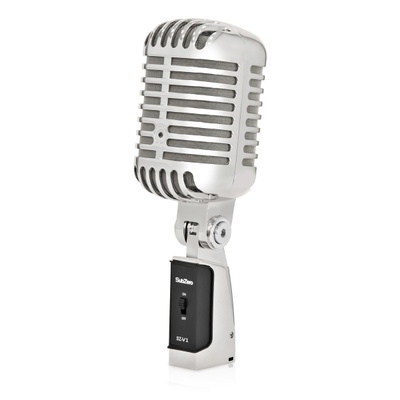 The freedom to submit questions for guests from month to month.

What is this all about?

Hello, my name is Dan and I run a website (www.hltco.org) dedicated to Crystal Palace FC that a few people seem to enjoy. I’ve been the sole driving force behind the site since it began in 2011, watching on with amazement at the growth and ever-increasing engagement I’ve been able to cultivate amongst our own supporters and football fans in general during that period.

Until very recently, my only source of income from HLTCO has come from direct advertising through banners placed on the website itself or bespoke references made to companies via my social media accounts.

I won’t lie to you, I hate that side of things with a passion but until now, there has been no way around it.

There are plenty of huge advertising platforms that will readily place banners on any site and pay you for the traffic you generate each month without any care or thought for the specific preferences of your readership. I care deeply about the perception of both HLTCO and myself to those who regularly read the site or engage with me over Twitter and have taken a number of measures to ensure that I’m not looked upon as a “sell-out” after a period of something approaching success.

That being said, the way online media companies operate is changing at a rapid pace, with the biggest movers and shakers placing more and more pressure on the shoulders of the individuals (me included) who create daily content for a small but extremely dedicated readership. Having started HLTCO as nothing more than a hobby, I am now extremely conscious of allowing my tone and style to change forever because of decisions made by some faceless executive in an office on the other side of the Atlantic.

It is with this in mind that I have taken the plunge and created the page you now find yourself browsing. If you have read this far, it means you are at least mildly interested in HLTCO and for that I thank you and encourage you to have a look at my plans going forward.


How are things going to change?

In essence, everything will remain exactly the same to start with. I have established what I like to feel is a personal style of writing that offers Palace fans (and interested onlookers) an easily accessible and relatively authoritative opinion on everything going in SE25 from day-to-day, whether that be through articles placed on www.hltco.org or on the Twitter page @HLTCO.

With that in mind, I’m weary of trying too desperately to fix something that isn’t already broken, although I am aware that there are plenty of people who would love to see the club covered in far more detail than I can already manage, which is something I have always looked towards as the ultimate and (until now) unreachable goal of the site, until now.

I would love nothing more than to devote all of my time to writing about the club in its numerous different strands, without having to worry about holding down a 9-5 job alongside it. The site really has gone from strength to strength in the seven years it’s been up and running but I now regularly find myself banging my head against a figurative glass ceiling when attempting to step up the level of coverage I am able to offer because of a lack of hours in the day and the need to sleep each night.

I could continue to muddle through, maintaining the status quo for the foreseeable future but the last few months have seen me grow a tad restless, keen to push things onto the next level and produce content with far more regularity than I already do; sadly, to do that, financial considerations are dragged kicking and screaming to the forefront of my mind.


How much are you asking for?

I’m not exactly comfortable with the idea of asking people for money in exchange for what tumbles out from inside my brain onto a page, which is why I will be asking for the minimum monthly donation of $1 from each of you, rather than implementing any sort of tiered reward system.

In line with that, it’s important to say that the website itself will remain completely open and free to anyone who wants to access it; I don’t want to wall-off content or demand that you open your wallet to contribute, I would much rather know that the people who have decided to send any pennies my way are doing so because they appreciate the effort and care that goes into running HLTCO.

Whilst I will of course have to make occasional references to Patreon in a bid to raise awareness, I don’t intend to ram it down your collective throats; you’re here to read about a football club, not be bombarded by a glorified begging campaign.

At this point, I feel compelled to say that $1 is the base level of funding that Patreon allows, meaning that if you are able and willing to send a little bit extra my way, you can. It goes without saying but if you do want to give anything more than a dollar, I would be eternally grateful to you forever more.

I know it’s a well-worn supermarket catchphrase in the minds of many these days but every little really does help. You’d be surprised how quickly an extra pound here and there adds up when it’s done on a large scale.

I’m lucky enough to currently work for a company that will allow me to gradually lessen my workload over time in accordance with the potential growth of my earnings from HLTCO, meaning that the eventual aim of this venture is to become a full-time writer, dedicating a complete working week to covering Crystal Palace FC.

With that in mind, I have broken down my current monthly salary into five bite-sized chunks of $600 (between £480-500), meaning that each time I hit the next target, I will be able to remove a day from my regular working week and dedicate it to HLTCO instead.

Obviously, should the level of funding ever reach the fifth “goal” I will be able to quit my current job entirely and begin to run the website on a completely full-time basis but for now, I’m cautious of getting too far ahead of myself.

I should say that I am keen not to come across as greedy when laying out my long-term aims for the site but as I’m sure many of you will fully understand, the need to pay bills, keep up with my mortgage payments and occasionally put food on the table means that I have to allow a little leeway in my financial planning. If, by some minor miracle we ever make it above the final target, I will revaluate and look at further expansion but for now, let’s keep our feet firmly on the ground.


How will HLTCO change with direct funding?

As previously touched upon, the need to drive readers towards advertising is something of a dark cloud hanging over every independent blogger aiming to make a bit of spare cash in the modern world but with your help, I hope to be able to adapt the website so that it is completely advert and pop-up free, focussing purely on news and opinion relating to Crystal Palace FC.

I hate clickbait articles as much as anyone, believe me. In many ways, it’s the bad taste they leave in the mouth which has led me here, desperate to clamber off the slippery slope towards the black hole of advertising dependency before it’s too late to escape.

There has been a worrying shift towards a style of “journalism” that focuses solely on pulling you onto the page without anything substantial for you to sink your teeth into once you’re there, I would love this venture to provide me with a platform to avoid that side of things altogether but without meaning to sound too soppy, I simply can’t do it without your help.

I’m pretty sure that covers everything for the time being although, if anyone does have any further questions or queries I’ll make sure to get back to them in a prompt, professional and friendly manner.

This is completely new territory for me and to tell you the truth, it’s an extremely nerve-wracking thing to ask of people. It’s obviously an extremely exciting prospect but it remains hugely daunting too.

For seven years, HLTCO has attracted a lively and ever-growing army of Palace (and general football) fans to interact with, enabling me to improve as both a writer and a person and for that, I can do nothing other than thank every one of you for the support shown to me.

Now, I am hoping that the same feelings of goodwill and a core appreciation for the site can lead me towards producing content designed directly and solely for you as a reader, without any hint of reliance on multi-national advertising companies run by apathetic executives with no feel for what the everyday supporter wants.

Thank you so much for reading this sprawling ramble, the fact that I even feeling capable of asking something like this of you says a great deal.

72% complete
The third "goal" would officially allow me to start dedicating more hours per week to HLTCO than my current full-time job; the sort of target that I would thought to be utterly impossible were it not for Patreon and all of you.

In simple terms, this would mean that I could put at least 35 hours a week into running the site, allowing a great deal more detail and thought to go into the content that is created with all of you in mind.

This would be incredible.

Recent posts by Hopkin Looking To Curl One...