The most famous chapter in Irish history is the War of Independence from 1919 and 1921. Its little surprise that this story woven around gun running, revolts, riots, ambushes and jailbreaks has captured the imagination. At the time the David vs Goliath nature of war attracted world attention

However the fascinating history of the war is often lost in the fiction and myth that surrounded the conflict.

In my new 24 part podcast the history is retold in evocative detail. With your support, I want to retell the story of the war looking at the perspectives of people who lived through the conflict. Using accounts from the time the series will create a sense of time and place, enhanced by  additional narrations from professional voice actors and sound effects. Using the latest archival releases, the series will also provide new perspectives on the conflict.

For example the series opens by focusing on the First World War, looking at how it transformed Ireland setting the stage for the war of Independence. This gripping narrative is structured around previously unpublished letters from soldiers at the front and political activists back in Ireland.

While podcasts are free to download, this series is costly to create. Research, sound design, and the voice actors are just some of the costs involved. However with your support we will do justice to this remarkable history, bringing our story to new audiences.

The amount you contribute to the series is up to you - every donation counts and patrons get lots of exclusive content depending on the Patrons Pass they choose.

Experience
I have a wealth of experience in historical research and podcasting. My show - the Irish History Podcast is one of the longest running and most popular independent podcasts in Ireland.

Previous series have covered stories from the Norman Invasion through to the mysterious Maamtrasna Murders of 1882. Recent topics incldude the story of the Great Famine 1845-1851 and Partisans which looked at the stories of Irish people who fought in the Spanish Civil War. Key to the success of these podcasts has been the high quality and accessible narratives of each show.

I have also published two books on Irish history 'Witches, Spies and Stockholm Syndrome, Life in Medieval Ireland' (2013) and '1348: A Medieval Apocalypse - The Black Death in Ireland' (2016).

As a historian I have also worked on history projects for RTE (Ireland’s State Broadcaster), The BBC and The Irish Times. 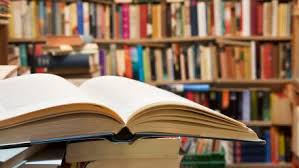 I have really big plans for the next 12 months.
Firstly I want to increase the number of podcasts through a second series 'This Week in Irish History'.
Secondly I am already planning a major series on the War of Independence. This will focus on 8 ordinary people whose lives were changed in the heady events of 1919 - 1921.
To deliver these I need someone to help with research.