$5
per month
Join
Get a patron-only perspective on my work.
Become A Patron 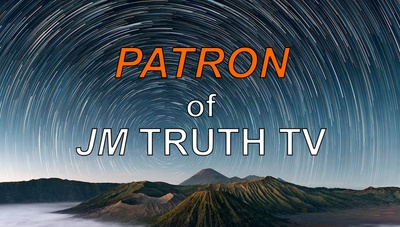 $5
per month
Join
Unlock exclusive content and join my community of patrons. Thank you! 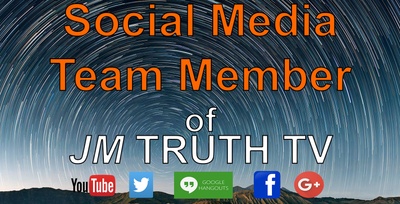 Hello my friends,
My name is Joshua Michael and I am an independent Physicist & research scientist, based out of Hamilton, Montana. Welcome to my JM_TRUTH website. This website (https://www.jmtruth.com) has been built to present truth through scientific experiment and research regarding many different topics, from the cosmology of our earth, to healthy living. On this page I will do my best to cite all my sources as well as make documents available for download. I have also tried to the best of my ability to place pages in a sequence that makes the most logical sense according to the evidence I have presented. Sometimes we must unlearn what we have learned to find TRUTH! A wise man once said,"You shall know the TRUTH, and the TRUTH will set you free!"
I would like to give you a bit of back ground on myself, so that you have an opportunity to see that I am not just some crazy guy, who woke up one day and decided the earth was flat. I am hoping you might see that I have applied both intellect and scientific reasoning to Flat Earth.
I am a veteran of the United States Army. During my 12 years while I served as a Combat Medic I earned my EMT National Registry and was deployed to both, Operation Enduring Freedom and Operation Iraqi Freedom. After 9/11, right before being deployed, I began to notice things no longer made sense. After being Honorably Discharged in 2005. I went back to school in 2009. I earned acceptance to both the Dean's List and the Presidents list and was accepted into the
Phi Theta Kappa fraternity.
In 2012, I earned my Bachelor of Arts degree in Film Production. One area of emphasis was in film and video editing and analysis, as well as graphic design. I also owned my own film production company for a time. So I am well versed in determining the difference between a real photo and a photo realistic picture or computer generated image as well as video and filming special effects. In 2013 my wife and I moved with our children to Texas. Jackie and I spent almost 4 years learning and researching many different things. In December of 2015 I graduated with my Masters of Science in Instructional Design and Technology.