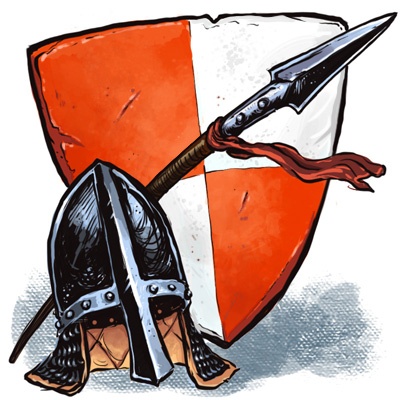 $1
per month
Join
Welcome to the Red Company soldier! Stop squawking and start marching, cause you're in army now. You apes wanna live forever? 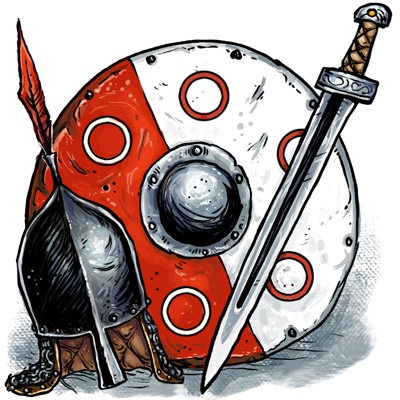 $2
per month
Join
Sergeant's lead the troops with courage, discipline, and harsh language!  As an NCO, it's your job to keep the grunts in line and lead by example. 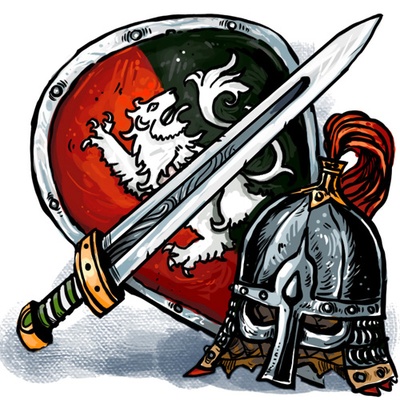 $3
per month
Join
As an officer, it's your job to organize, lead, and keep the troops motivated. Sometimes you have to bust a few balls to get the job done, but hey, someones gotta do it!  More importantly, when a Council of War is called, you provide your 2 cents for what it's worth.

I'm Jared Blando, and welcome to my Patreon page! Are you aching for new large encounter maps to throw at your Adventurers? Want ambushes, fallen keeps, sunken cities, and dangerous dungeons? Look no further! Join in the discussion, voting process, and the rewards of being apart of the Red Company! Each map is perfect for use in the various VTT tabletops available, or go and print them out for table use!

Join the company and get access to the latest massive 1" grid encounter map! Each is beautifully rendered and ready to be played with immediately. Depending on your tier level, several versions of the same map can be included. The higher your tier, the more versions of the map are included, along with many other benefits and perks. I periodically release new maps and update my Patrons with progress reports.

To be clear, you get access to the latest released map, not all maps.

BENEFITS  (Please read the Tier levels carefully to see what levels have access to what Benefits!)

How it Works!
Every Map Selection I put up a post with three Map Ideas. Captains cast votes on these ideas during a Company Map Selection Post. Once the voting cycles ends, the votes are tallied and the new Company Map is selected. Over the course of a few days, I post updates on the maps progress as I work on it. Once completed, I post a Map Finish Post, which has the Company Map file as an Attachment which can downloaded and used by Patrons!

My Goal!
As a Patreon creator, I paint up poster size encounter maps of various adventure locations that serve as play maps for online use.  DM Version maps have easter eggs, mysteries, notes, and such that can all be interpreted however a GM would like. The maps also have plenty of adventure seeds, so GMs can fit the map into their campaign as they see fit.

Telling a good story requires a bit of mystery and intrigue, which helps draw players in. An encounter map filled with subtle drama, unknown and mysterious glyphs, and with a look as though it was scribed by someone who may be of that time and place can lift players into the game, not to mention leading to unscripted side quests.

Who am I?
I've been a professional Illustrator in the RPG/gaming/publishing industry for 12 years and still going strong. It's been my job to create maps that are both inspirational and functional in some of the most iconic games on the market, including Pathfinder, Dungeons and Dragons, as well as a host of other products. Maps are fun and potent tools for creating atmosphere both in real life and on the gaming table.

Join my trusty band of sellswords, the Red Company, and go forth to victory!
~JB