$1
per alien
Join
I don't get much from these pledges, but I don't want to cut you out of my creative flow! Patreon tried eliminating this pledge level because the creator only gets about 60¢ from each pledge, but I still really appreciate that support.
Includes Discord benefits

$2
per alien
Join
Every time I create something for xenoglyph, I'll get you an update so you know it's coming! You'll have access to online high-res files, process photos and most importantly, you'll be able to ask me leading questions for me to answer with future art!
Includes Discord benefits

$3
per alien
Join
Join the xenophilia Discord for playtests, live conversation about worlds, ideas, and art!

You'll get completed xenoglyph creations in eReader-friendly formats so you can read them on your eReader, tablet, or device of your choosing!

You'll also get full access to the glyphpress PDF library, including  Shock:Social Science Fiction and Shock:Human Contact PDFs so you can play with these kinds of ideas with your friends!

I make a lot of science fiction. You might know my roleplaying games Shock:Social Science Fiction (the 2006 Only Science Fiction Roleplaying Game) and Shock:Human Contact (my devoted-but-skeptical love letter to Ursula K. Le Guin, Iain M. Banks, and Star Trek), or maybe the tabletop wargame Mobile Frame Zero (Tiny Giant Lego Robot Fight!). But I do media other than games, too. Those creations go straight to xenoglyph. 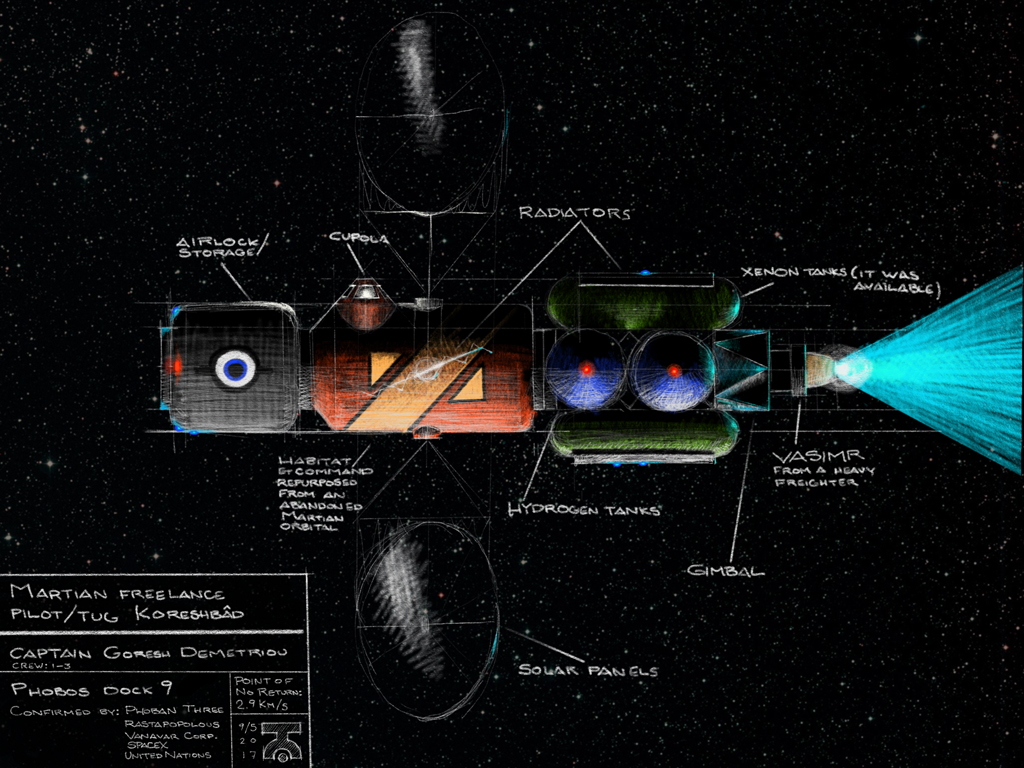 Exciting new stuff coming! Check out the pledge goals on the left, there! At the next several levels, you'll see that I'm going to start producing a new edition of my roleplaying game, Shock:Social Science Fiction. Shock:2 is an expression of everything I've learned about writing, science fiction, and game design over the last decade since I first published the game. You'll be the first to be able to play Shock:2 as it comes into existence by becoming a xenophiliac, from analytical and critical essays that help you understand the objectives and processes of my game design, all the way through the final, playable draft before I take it to Kickstarter, where my Patrons will have special goodies waiting for them. 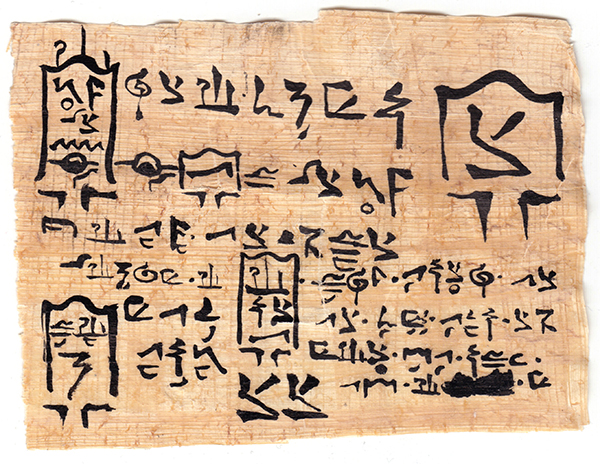 I write stories and essays, design and illustrate ecosystems, and build languages for societies other than our own, writing, drawing, and podcasting my creations.

Like, check out these  Warriors of the Southern Heart! They're herd animals from the planet Ashlesa that fight, herd-to-herd, in order to reproduce.

Life on Ashlesa is restricted to spots where geysers erupt, forcing chemicals from the planet's pressurized, boiling interior toward the surface, where they form isolated ecosystems. And so, far from the plains of the Warriors live the  Polar Piglets and the tri/penta/octaforms. 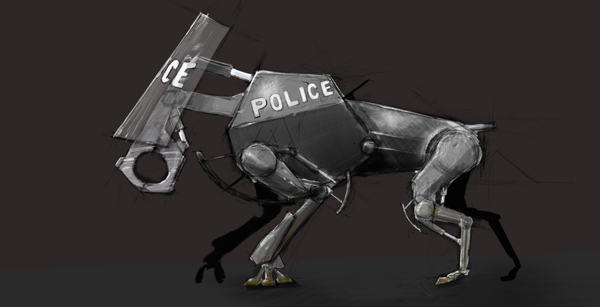 One of my great passions is language. You can see that love reflected in projects like Kefo-Rn, the language of the rational, starfaring Academy. It reflects and enforces the values of the society, much of which you can infer from the language itself.


And then, of course, there is  prose fiction, where these elements all take flight and interact like living things do. Mostly, these are short stories based upon a particular theme with which I'm experimenting. Sometimes it's about sex and gender construction within a society, or sometimes it's about a particular economic idea, or a world where rationalism doesn't work. Many of them take place within or at the edges of the Academy, but others take place in worlds that couldn't even be in the same universe. 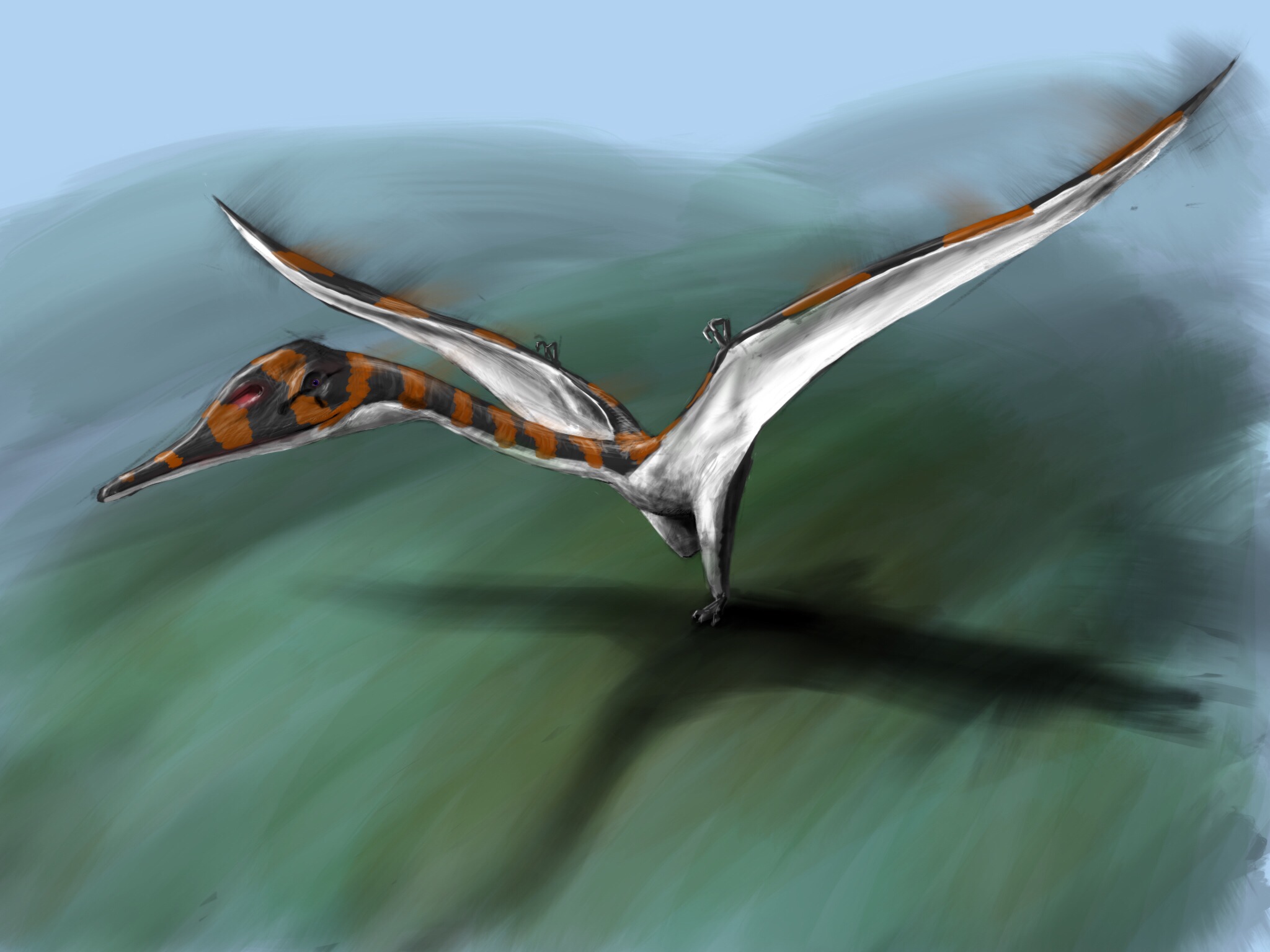 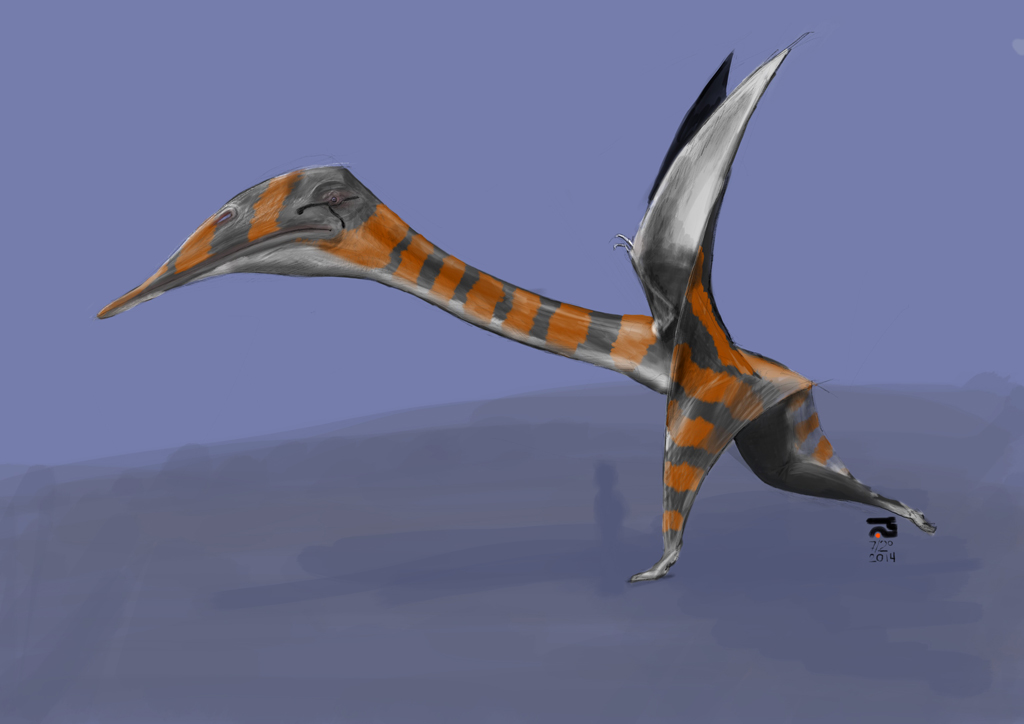 A quetzalcoatlus northropi takes flight in what turns out to be the wrong posture! Looking forward to doing a new pic of one of these guys taking off as a quadruped!

I also write   analysis and critique of science fiction books and movies, like this essay about Roy Batty, from Blade Runner, as representations and influences of our culture. Conversely, I reflect on how changes in our understanding of the universe might become fodder for fiction. A sculpture of an Ashlesan Warrior
Until now, these projects have been popular, but I haven't been able to devote myself to full-scale publication, so they fall behind other projects. But they're my greatest love. Yes, even greater than LEGO robots.

So if you support this  xenoglyph Patreon, you'll be getting these as they come about, every two weeks or so. Some will be big pieces that take many updates to complete, like extended fiction or particularly complex art like a language or sculpture, so those pieces will show the creative process. Some will be short and punchy, like a short story or drawing. Some are in-depth, long-form experiments, like the xenoglyph podcast. Listen and subscribe over here!

Patrons at higher levels will also be able to download .eReader-formatted PDFs of the creations that they can enjoy on the train or in bed, then collected editions of the larger projects.

So please help me publish these xenoglyphs — these alien scribblings — so that I can share with you these creations that make me so happy.

$367.72 of $400 per alien
Shock:2 essay series 3: Hyperdimensionality
My plan for Shock:2 is for it to act as a toolkit for science fiction settings — settings that anyone will be able to publish. Where Shock:1.x helped players create settings that were born in fire and burned out after one session, Shock:Human Contact was designed for longer-term play of 6-10 sessions, and even recurring casts of characters between series. This essay series will address how pre-designed settings will interact with games of Shock:2.