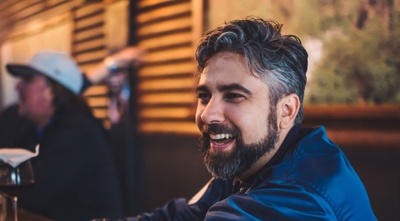 $1
per week
Join
Want to chip in and make independent political content possible? Hell yeah! You're also going to get access to my Discord.
Includes Discord benefits
Most popular

$3
per week
Join
At this tier you get two Headline Episodes of Politicsx3 in a special RSS feed. Three eps of Px3 a week!
Includes Discord benefits

$10
per week
Join
Give me your name or company and it will be credited at the end of each Px3 episode!
Includes Discord benefits

My name is Justin Robert Young. I do a politics podcast called Politics Politics Politics. It started as a way for me to dedicate my time to covering the 2016 election. I'd assumed that I would end the show on election day because people normally care way less about politics after election day.

The show continued but the purpose remains the same. Creating a smart show that analyzes politics as the weird carnival sideshow that it is. I want people from all elements of the politics Pantone scale to listen to the show and have a better idea about where their side stands and how the rest of the country is reacting to the issues and causes they care about. This isn't cheer leading, this isn't fear mongering, this isn't boring.

Want Justin to cover the election like an actual travelling journalist? We go beyond Iowa to travel to New Hampshire, South Carolina and wherever else you'd like him to go!
3 of 3