I'm a 3D Artist as well as a Game Developer. I'm using both these skills to create Adult Role Playing Games! If you're looking for a compelling story alongside Pornographic Content which will fulfill your desires, you're in the right place!

This page is seperated into different sections which are:

Just scroll through until you see the heading you're interested in reading about.


Isabella, burdened by crippling night-terrors, she feels lost and confused in her adult life. She's hear's about a Therapist in town who has a high success rate in helping people with similiar symptoms. She seeks out Dr. Dilner, a man who will commit completely to helping Isabella overcome her dark past of which she is plagued by.

Taking Isabella back to the start of her troubled teen life, filled with: bad men, bad friends, drugs, prositution, bad choices and humiliation. You (the player) will witness exactly how her life unfolded through the Therapy Sessions between Isabella and her Therapist. The sessions will take you through different time zones of her life, leading up to the present.

There will be moments of vast story-telling, alongside moments where the players gets to explore a large town where various job opportunities await the player to make some money.


The game will be seperated into 'Chapters'. Each chapter will be different in one way or another. For example:

The Prologue will introduce you to all the Characters and be the setup of the story.
Chapter Two will have you take full control of the player doing acts on your own to fulfill an 'objective'.

There's also two kinds of variables in the game which will affect the outcome at the end and during the game.


Now let me introduce you to some of the main characters that will feature during the most part of this project: 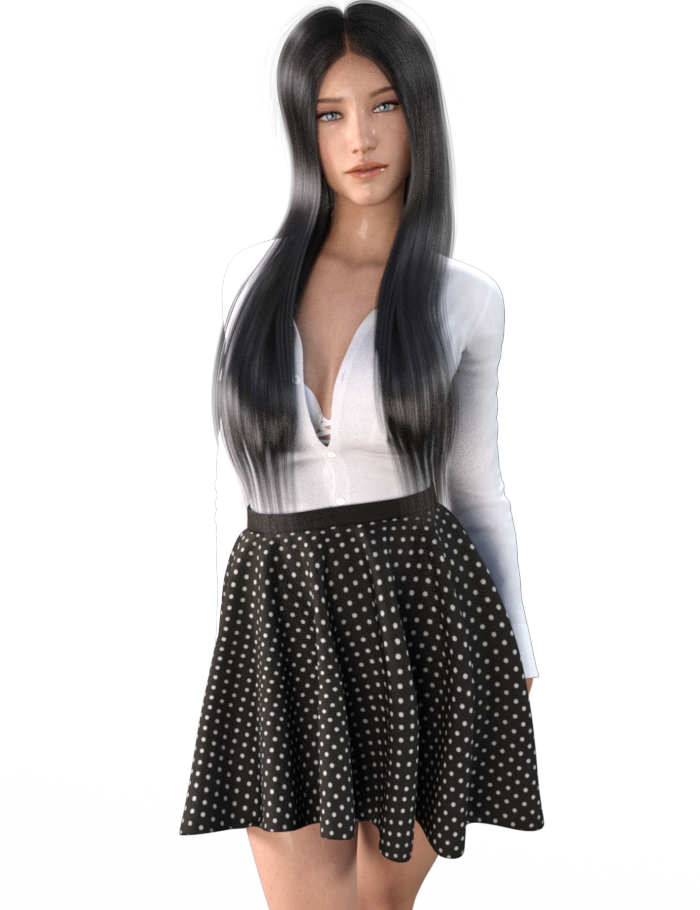 Isabella, a girl who has nothing going for her come the end of high school. She has no friends, no self-confidence. She hides herself in her study books and likes to keep to herself. As she leaves high school she realizes she's gone the entirety of hight school without any friends, without a boyfriend. She see's how other groups of girls have fun and she starts to finally envy the bond they share amongst each other. She wants to become like them. She wants to at least try and be something she doesn't think she is. Her story is about becoming something she didn't start out as. Something she thought she wanted to be, but it turns out that kind of life isn't all it's made out to be. 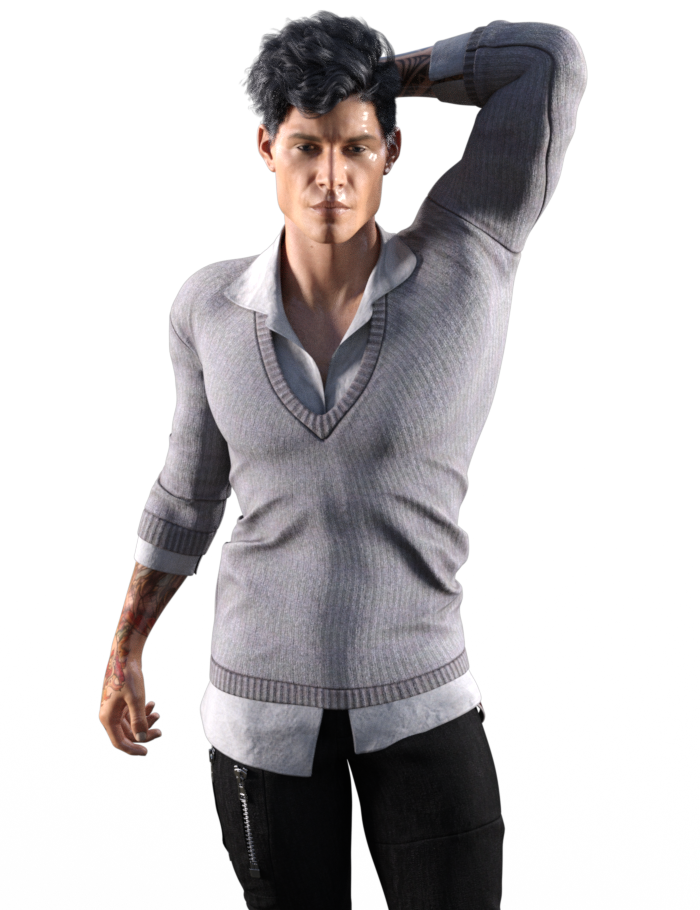 He is from a wealthy background. His Father isn't really involved with him, but he does support him. He pays for the apartment above Benny's Bar. Mason is Isabella's first boyfriend, or at least that's how she sees it. He gets Isabella addicted to drugs which leads to her gaining an addiction to sex as it enhances the feeling during intercourse. He get his grip on her by giving her compliments and flirting with her. This is something she's not used to, she's never had somebody give her compliments on thew way that she looks. She's never even really spoken to a guy, so when she meets him it's a big deal. He takes her to a hangout of his, which is a bar where he knows the bartender, this is where he first gets her drunk and on drugs, later taking her to his flat to have sex. This is where their relationship starts and he starts to influence Isabella to his own personal gain. Other than what's obvious to the player, his earlier life will be somewhat of a mystery. 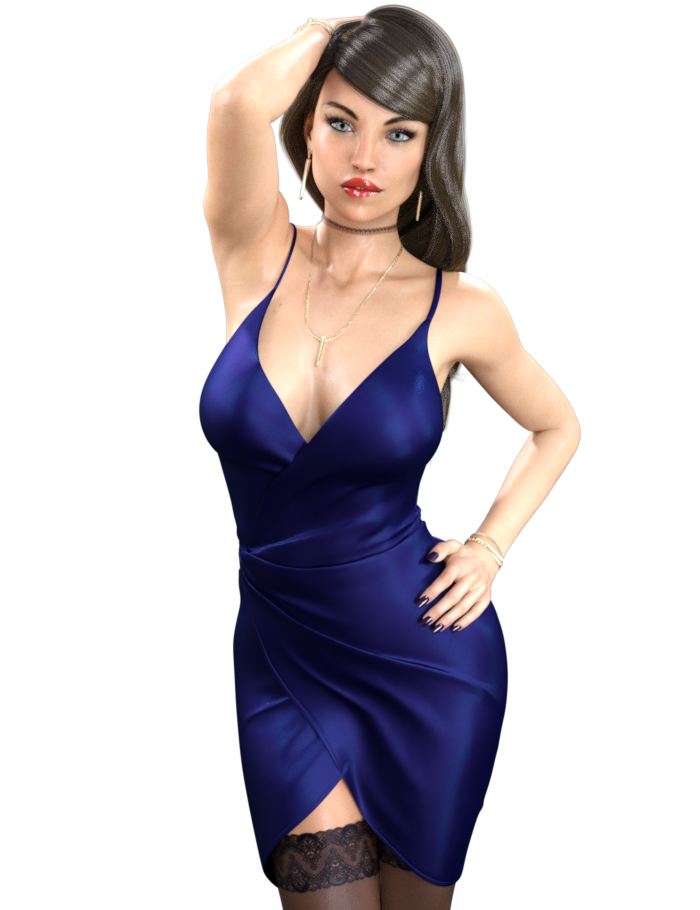 Olivia is a College student in the same class as Isabella. They quickly become friends as Olivia wants all the pretty girls to be her friend to push up her own social standing. Olivia is pretty out-going. She's had several boyfriends and is known to have slept with a few guys. This gives her more confidence than the rest of her "group" which look up to her. Olivia pushes Isabella to embrace her good looks and join her and her friends on misdeeds. She does this by bossing the others around, making them scared almost to say no. Afterall she's the most popular. She always will flaunt her expensive gifts around that she tells people her Dad bought her; when really it was down to her "secret" job. 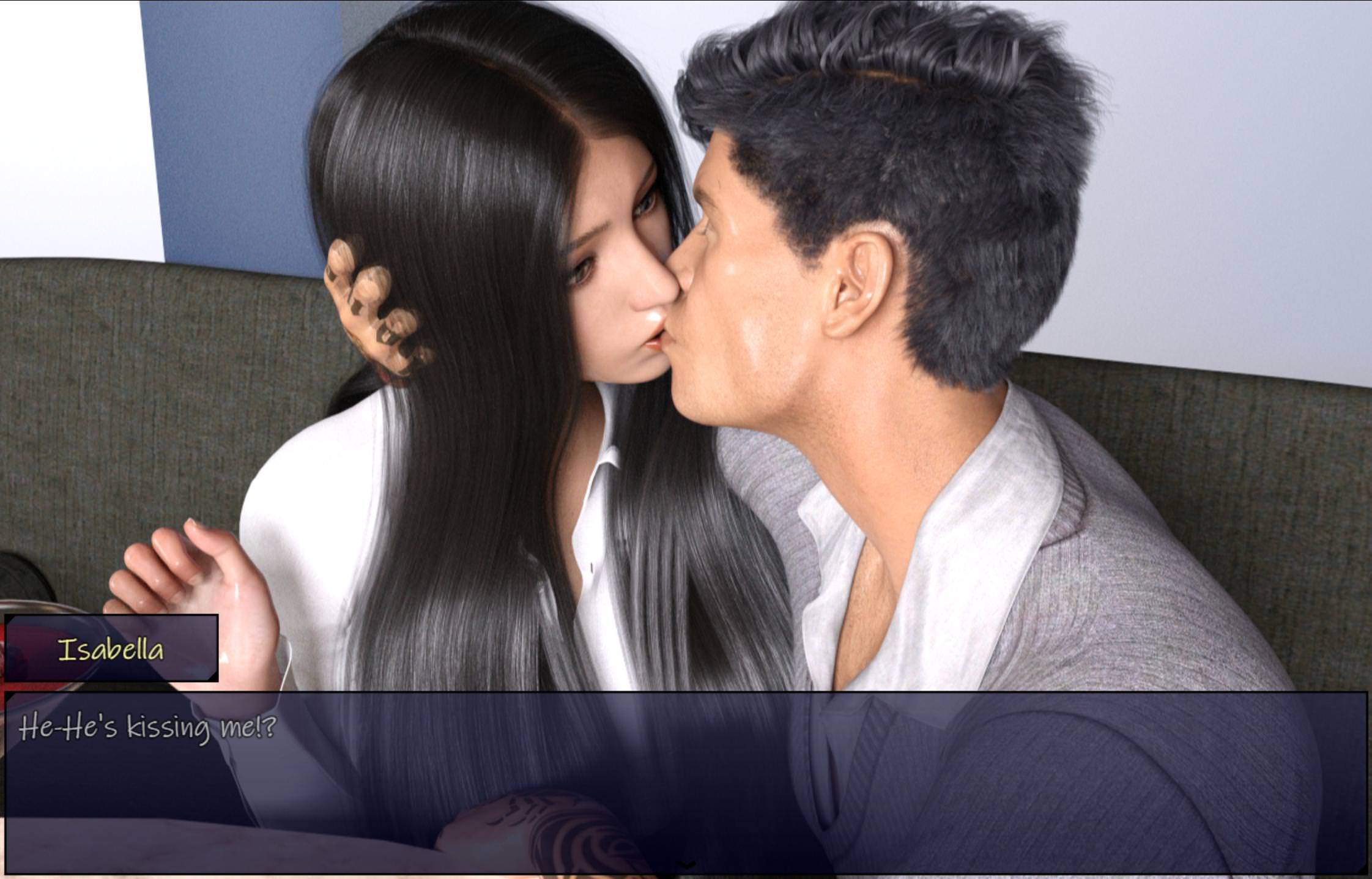 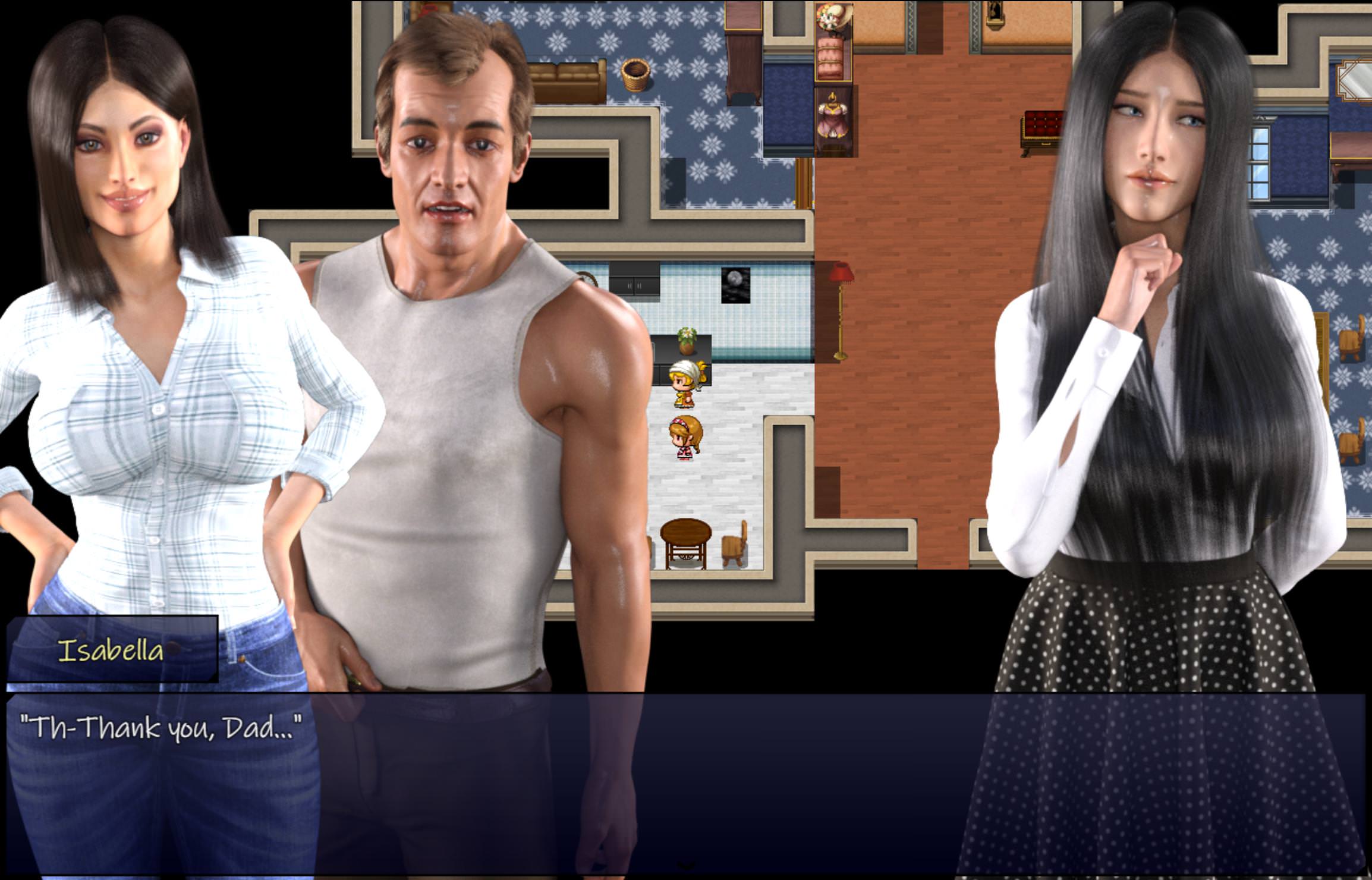 No NSFW ones allowed on the overview page, so if you'd like to see more adult related images, become a Patron to see them on my Patron only posts.

Check out the Prologue by downloading it from this link:

This is now COMPLETE! Read about it below and feel free to grab the game via the link at the end.

The story follows a young woman named, Chloe, on an adventure to become a great Police Officer. She comes from a bad background surrounded by abuse and neglect from her Ex-Boyfriend, Justin. She joined the academy to escape Justin, so that she could become a Police Officer and pursue an independent life without neglect and abuse.

Chloe posing for the camera during a hot scene in "Operation Infiltration": 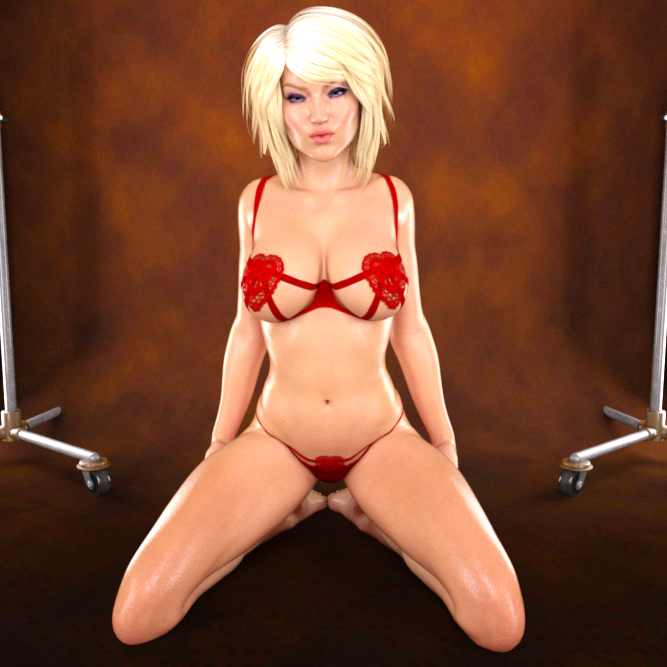 Chloe will start out as a Rookie Officer working for the respect of the Sheriff and the other Police Officers. This will take you across the first week of Chloe's life a Police Officer. At the end of the first week Chloe and the other Officers will learn of a Sex Trafficking Ring situated somewhere in town. The next week will take Chloe through the discovery of the Trafficking Ring, but to rightfully bring it down, it needs to be Infiltrated. This is where Chloe will go Undercover in the Trafficking ring as a "Hostess". The rest of the game will then depend on the choices the player makes for Chloe. There is obviously a lot more going on, but only playing the game will reveal these things. Will you get Chloe to the end of the case? Or will she fall into a Bad Ending? That's all up to you and the choices you make!

Along with the usual tasks of Police Work during the first week in game, and of course the time Chloe spends undercover, the player will be able to free-roam during the weekends. The weekends are Chloe's time off. This is where the player can go visit the Homeless and see if they need any "help" with anything. You could take Chloe for a photoshoot? Maybe you'd prefer to go down a dark scary alley? Who knows, you decide.

All scenes on the weekends are based on choice and the level of corruption you are at. If you're not corrupt enough then you won't be able to access a scene, but fear not! You can always go back at a later time and there are NPC's plotted all over which can help you to either get your Morale (Corruption) Higher, or Lower.

Here are a couple of examples of CG's using 3D images that will be used in the game:

The Sheriff keeping a dirty little secret with his Niece: 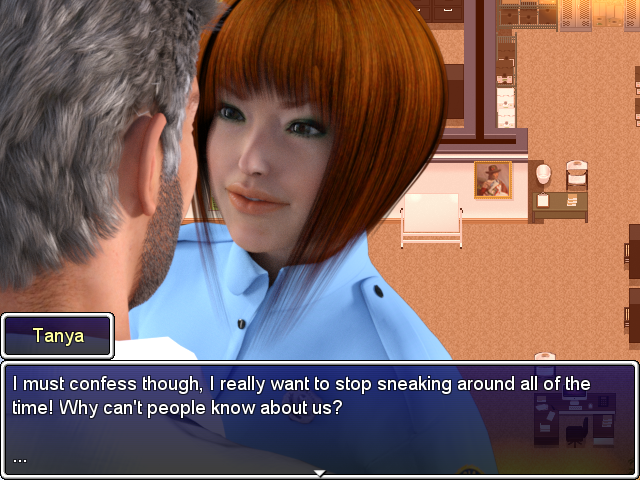 These of course are more Vanilla CG's, the game itself will include more Hard-core Fetish based CG's as the Character becomes more corrupt. Or not corrupt? It's up to you.

Link to the full-game without DLC's is found below. This isn't to the standard my work is at right now, due to the fact I'm constantly learning and improving things as I go. To find out all the improvements feel free to support me!


In addition to my main game I have also completed two mini-games:

My first mini-game is a Halloween based game which takes place at a house party which Chloe attends. There are several scenes included in this mini-game.

Chloe arriving at the party: 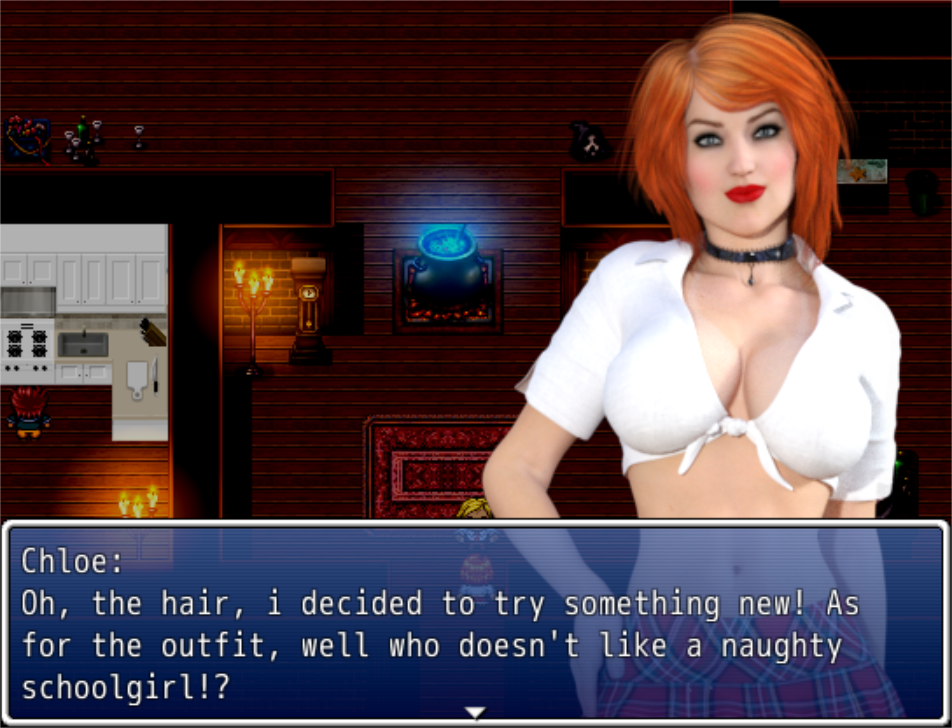 My second mini-game is a Christmas game which takes place when Chloe went home on year for Christmas. This is where she meets up with her perverted Step-Dad and his equally perverted Son.

Chloe being asked to play Blackjack by her Step-Dad and his friends: 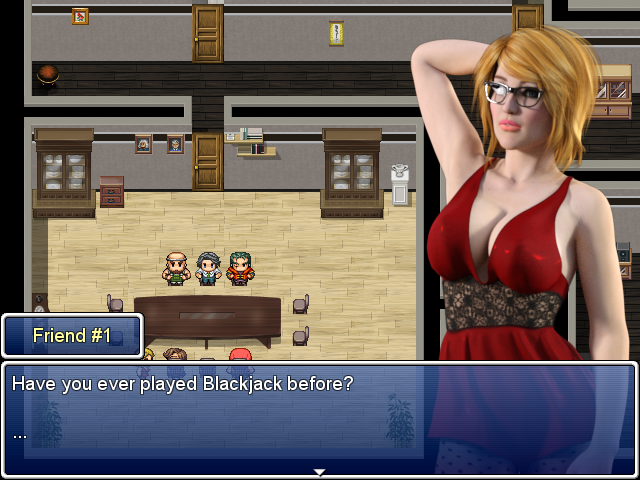 Both of these mini-games are available as rewards for certain Patrons. I'm also working on a third mini-game which isn't based on Chloe, but a new protagonist, Sarah. This will be an NTR game for all of those who are interested! Check the rewards and see if you're willing to support me on a level where you get these games rewarded to you!


Finally, there is one more thing I've been working on; Comics. I've already completed TWO comics which is titled: 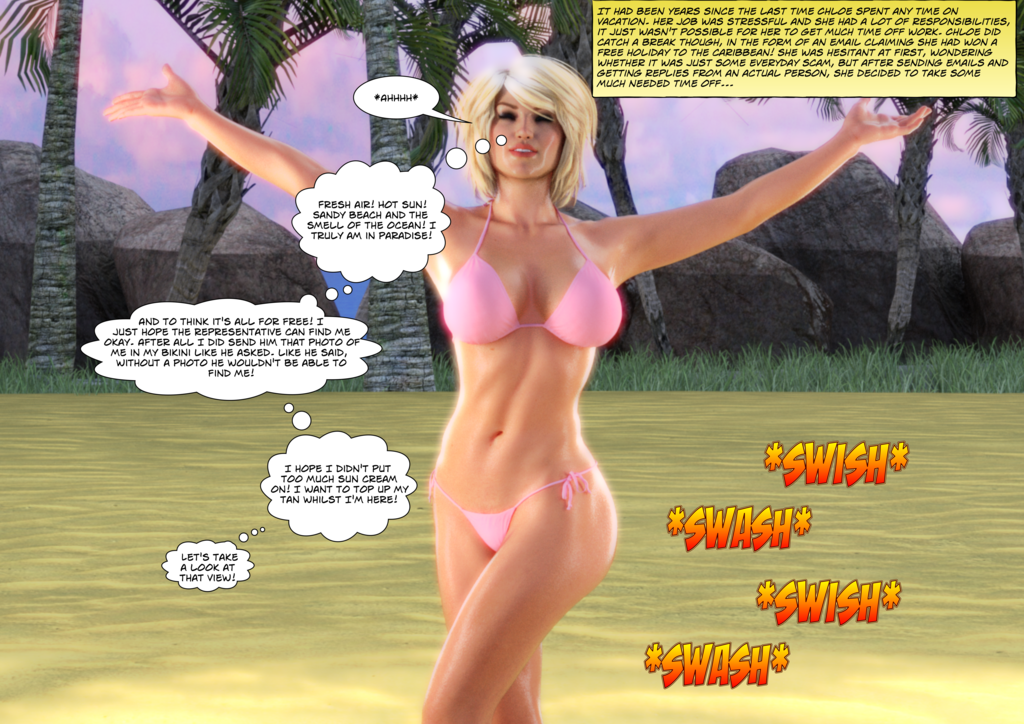 This Comic takes the reader to a sunny beach holiday resort in which Chloe won tickets to. This is where she meets the man setup the whole "competition". The thing is he's not all he seems to be, there's more to him, especially in his special drinks he makes Chloe. She just can't seem to remember what happened after that drink...

"Chloe's Beach Adventure" is finished, so becoming a Patron supporting me on a level where this is a reward, will grant you full access to this full comic. In addition to this Comic, I have also finished working on the first part of a second Comic titled: 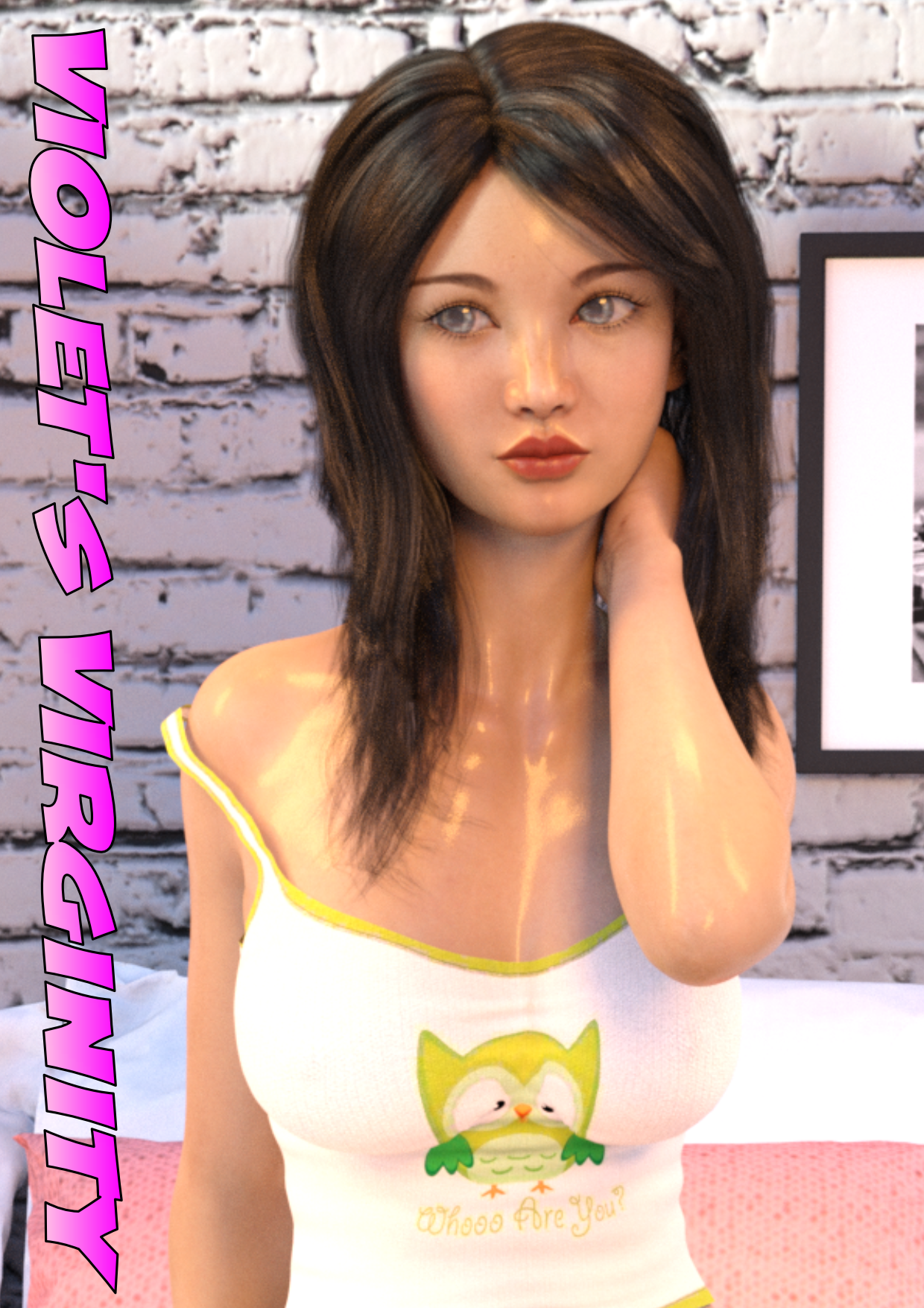 School life these days can be hard. Especially if you have a boyfriend who's not a virgin, yet you are. How will you keep your nerves when it comes to the big day? Is there somebody who can TRAIN Violet?

If you're interested in simply buying this comic and not supporting my current game to get a hold of it, then take a look at it here:

Here you can also take a look at some screenshots from the comic itself which include text.

The Second part is coming soon!

Thanks for taking the time to check out my Patreon page, I hope to see you In the future of Officer Chloe - Operation Infiltration and of course all of my future projects!