Kerni is creating content you must be 18+ to view. Are you 18 years of age or older?

$1
per major update
Join
A coin in the jar 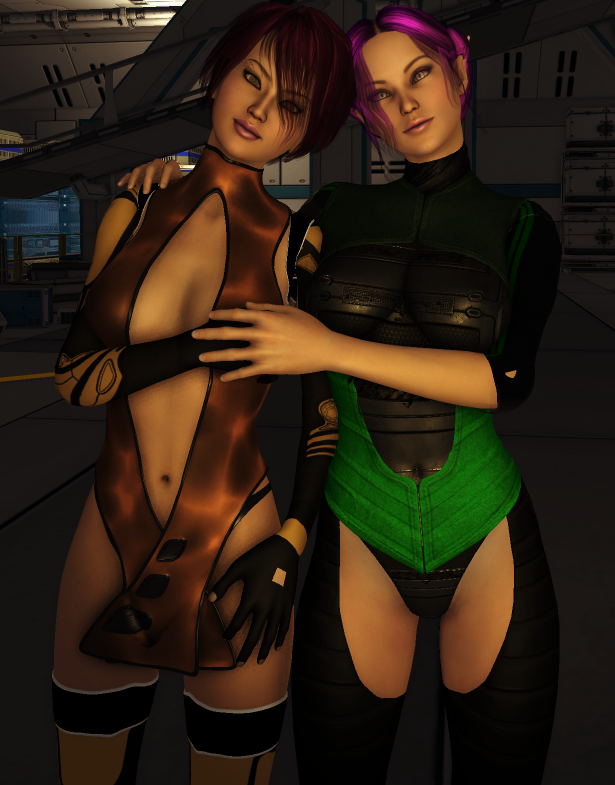 Beta tester Tier.
(Only for the ones who simply can not wait for the next chapter release)
When i have a beta version ready for a new chapter or some new features this tier will allow you to access the beta versions of the new features/chapter. Please mind that these versions are really beta versions , bugs are maybe included >_<.

$8
per major update
Join
This tier gives you access to a alpha build every month (windows only)
But please mind the following :
- The alphas are really , the current state of the untested game
(i just compile them to a executeable and upload it)
- There will be bugs >_<
(But you may tell if you found one xD)
-  Alphas are windows only
-  Alphas have no "this is the end of the game message"
-  You will see unfinished things
Includes Discord benefits

Since many people asked me where my patreon page is (I didn't had one) , i created one now.
I see this page as a tip-jar since i am just a hobby developer who works on this game mostly on weekends.

My current project is : 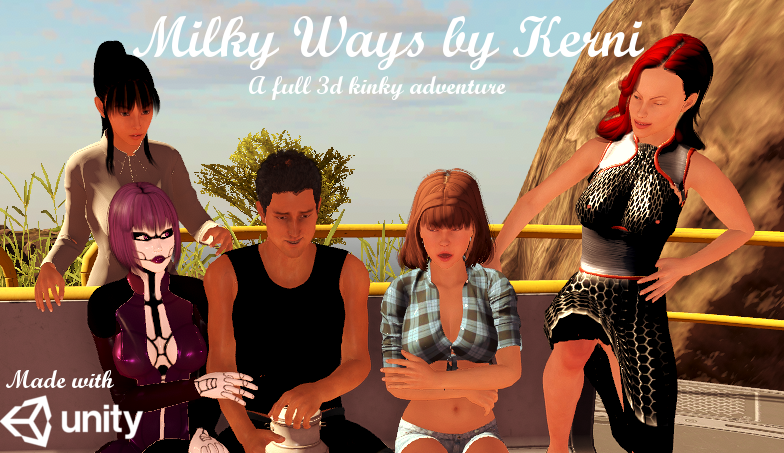 This time you play as Marc , a voluntary test subject for a new vaccine.
Just wanting to do something else than the usuall work on a spacestation and maybe having a shot at the CORE android on the planet.
But… you really hope the vaccine works… like intended.

Known bugs :
– Performance is very low due to high polygon 3dChars from Daz3d ( i did not optimized the models itself only the clothes a bit)
– My engrish is… ahmm.. xD
– Loading time for a savegame is horrible slow , thank Unity 3d For this! (C# related)

change log : Version 0.75.5 (Open beta release)
- Added A minimap (trigger with key M)
- Fixed a bug in which the "resett the keypad" quest is triggerd again


change log : Version 0.75 (beta release)
- Added about 500 VN frames (mostly repeatable events)
- Added simple mouth gag as useable device for the girls
- Added a few more events for when the girl is gagged
- Added the blindfold as equipable item
- Added a new cltohing set which can be aquired via Mayas optional event
- Fixed a bug with the mining droid

change log : Version 0.70.1
- Fixed A serious issue with the AI life system which corrupted the game and savefiles
- Fixed When played in one sitting , the chastity suit was not able to be given to Maya

change log : Version 0.70.1
- Fixed A serious issue with the AI life system which corrupted the game and savefiles
- Fixed When played in one sitting , th chasitzy suit was not able to be given to Maya

- Added 300 VN frames for main story (overall 7600 frames)
- Updated inventory is now scrollable with mouse wheel
- Updated 3d printer list is now scrollable with mouse wheel
- Fixed tons of little things (big thanks to the closed beta testers)
- Fixed Generic Pillory event is now Finish-able with Malia
- Fixed Game can now be saved if the Tentacle shower or the Sybian has been picked up
- Fixed Yoke will not be consumed if a girl uses the Tentacle shower#
- Fixed Player counts now as a navmesh object and can not be pushed away by npcs anymore.

- Added a fix to activate in the tablet menu to restart the metal mining drone (if you have a old save an the minig drone is not moving)
change log : initial version 0.2
– added about 3000 VN frames
– added A few restrain devices which can be found /unlocked in the story


A few hints for newcomers :
Press tabluator for the inventory , quest and minimap
Press Q to skip through the dialouge
F5 to F8 is quicksave and F9 to F12 is quickload

Our heroines (And a little bit backstory) : 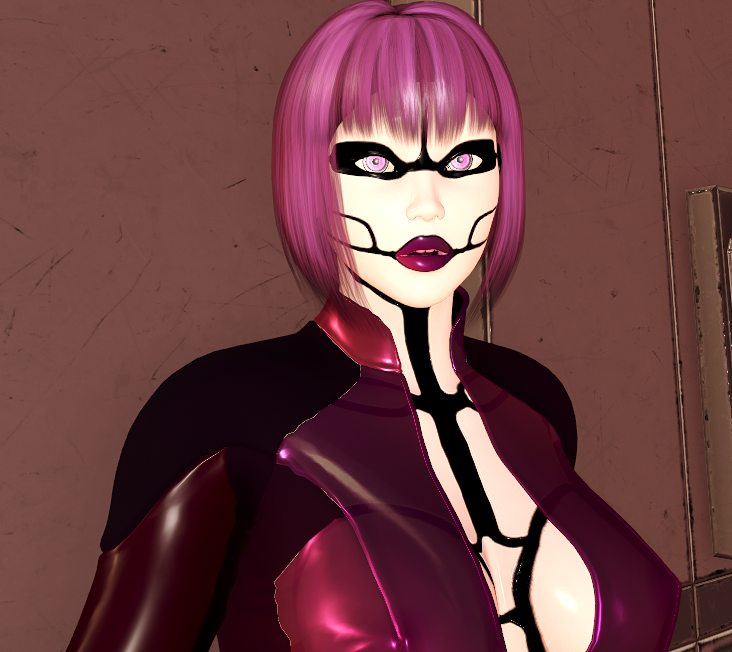 Android Yukari , A member of CORE (Centralalized Organisation of Robotic Evolution) and the current *manager* of the island. 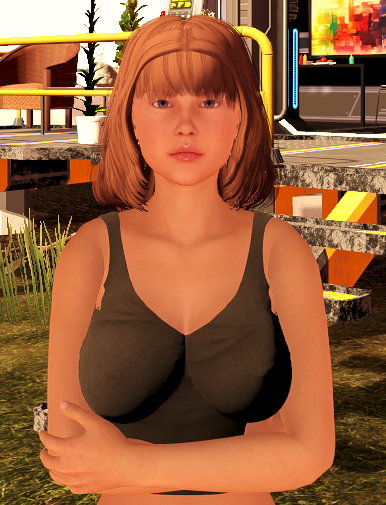 Malia , the free spirit of the island and also a former test subject for the first vaccine (which was targeted only for human females) 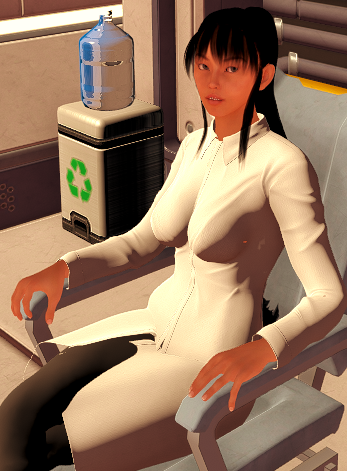 Maya , a researcher CORE hired to research the new materials on the island. She s also tries to make herself a name by finding a new material. 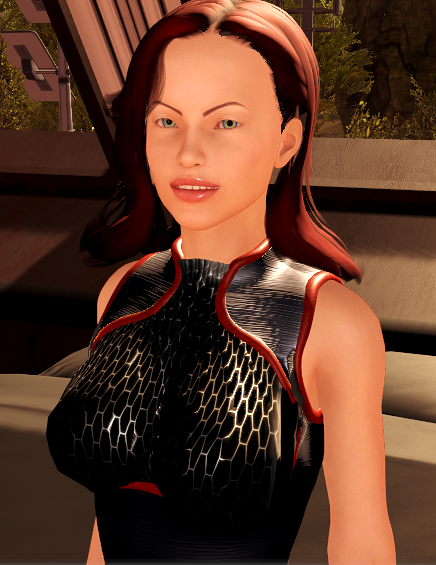 Juna is the heir of a little family business and now manages her own business remotely from the island. She is mostly here to escape the busy business life.

Why are you on Patreon ?
Because many people said i should do this.

Do you do this as somekind of job ?
No , this is purely hobby based (As i mentioned before i only can work on this on weekends and therefore i am slow)
(I have a regular job ^_^)

Did you do other projects ?
Yes , i started to make games in 2010 with flash and in 2013 i switched to Unity 3D. You can play my other games on : http://3dnovels.de/GnubbelWortzeugs/

Why no Patreon rewards ?
I see this page as a tip-jar and i would like to keep my games free for everyone... the world is cruel enough.

There are sooo many grammar and spelling errors!
I am not a nativ english speaking person ( i am from Germany >_<)

The game is running damn slow!
Since i am a hobby game creator i was not able  to create my 3d models alone so i used Daz3d and buyed a indie license.
Then i took the genesis 2 chars and stuffed them into the game... well.. they have many polygons..and very high detailed textures.
At best you try to use a lower quality setting.

The game is a boring linear game with shitty fights.
Please keep in mind that i am just a hobby developer and there are so many other good adult games out there.
(Like monster girl island from Redamz :D)

This is the amount of money i would need to be a full time developer of  NSFW games. This is if i consider to switch from "per creation" to "monthly".

If i would do "per creation" i would need double the amount if i release a public version every two months.