Bubblegum Raptor is creating content you must be 18+ to view. Are you 18 years of age or older?

Enter the Defiled Kingdom. Overrun by devils, this world can only be saved by the brave women. Put together your party of heroines to drive back the devils and reclaim the lands.

Set out on expeditions where you need to manage your resources and slay the devils in strategic turn-based combat. The woman of the Defiled kingdom are ready for you to command.

Thirteen moons ago, the sounds of thunder roared from the Dark Abyss.
Soon After, entire villages were consumed by a deep purple fog that swept over the lands. Only they who rode on horseback outran the black mass, and only when they reached the Kingdom of Light, they could rest.

There, four brave woman told their Story, for they witnessed the rise of Queen Spiderella and her Sisters of seduction. Shrouded in fog, these devils marched forward. All women who gazed upon them, soon became their willing allies.Their once beautiful skin turned purple as they bowed down to the spider queen.

Today I ask you, come with us and defend the borders of Light!

Bond with the characters through the story and help them out with their personal quests that lead to sexy rewards.
Equip heroes with the loot that you find throughout your adventure, bring down voluptuous bosses, and compete with other players to measure your strength. 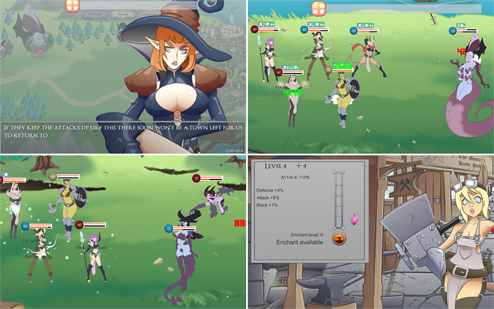 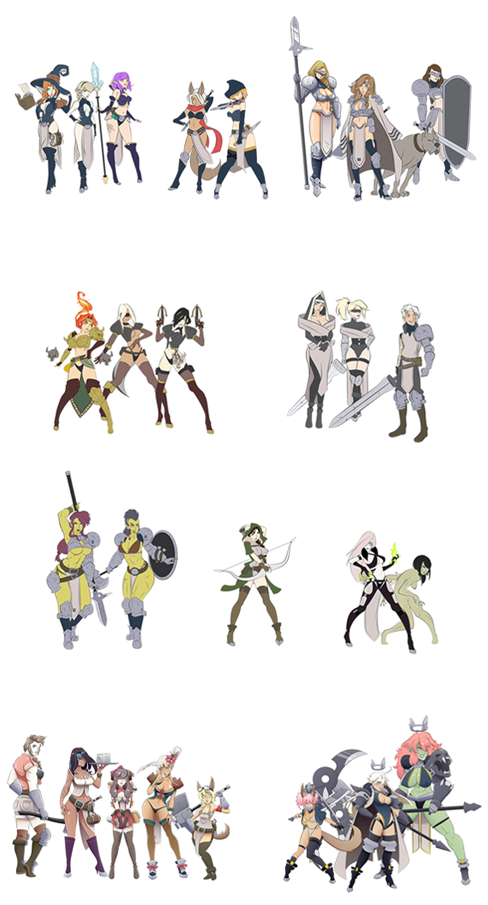 7 of the 23 heroines are animated

System is implemented and tested with Valentine's Day, Easter and Christmas.
We are going to improve this system to create more events.