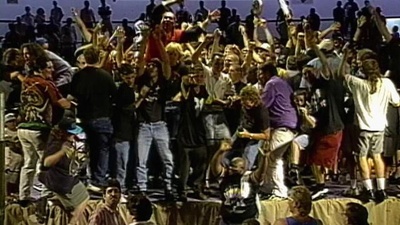 $3
per month
Join
This is the bread and butter of the Kings of the Ring show, earliest access to the EXTENDED editions of Season Two, with a bit of sugar sprinkled on top! 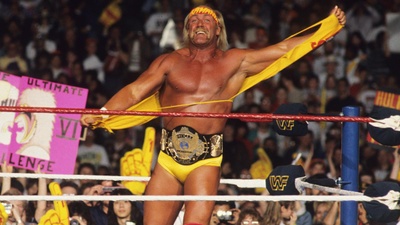 $5
per month
Join
You are showing a remarkable financial contribution to the show as a true Top Guy or Top Girl in the business, and we hope these offerings reward that!

About Kings of the Ring

If you just stumbled upon this show through Patreon, this is the first and only Audio Drama Podcast based on the behind the scenes world of 1980’s Pro-Wrestling, based on the Kings of the Ring book series. A gritty ensemble cast drama like Mad Men, the Sopranos, or Game of Thrones, but set in the sex, drugs, and muscles world of 80’s wrestling. For more info visit KingsOTR.com.

If you are a Kings of the Ring listener considering becoming a Patron, thank you for even coming to that point! Patreon has become a key tool for Audio Drama Podcasts and for Pro-Wrestling podcasts. The people involved in producing the Kings of the Ring are small in number, with Season One pre-financed out-of-pocket.

As creator and Executive Producer of the Kings of the Ring brand, I’m quite open about the end goal of this endeavor being for Kings of the Ring to be produced as a proper TV series on a Netflix, HBO, Amazon Prime, etc. And one of the key things that’ll make that a reality is for this show to have a large a following as possible, and the way to make that happen is to have the highest caliber of production and featured wrestling voice talent, and marketing and advertising this show to reach the most wrestling and Audio Drama fans as possible. And to pull that off the show needs money, and that’s where Patreon comes in! So please consider, even a $1 monthly donation which works out to basically $10-$12 spread out over a year for an entire season.  And if you kick in a couple bucks more you'll get the EXTENDED EDITIONS of Season 2 and most importantly you'll get it EARLY.  We have yet to see one single Season One Patron cancel their membership and I know you will find value in the offerings we have for you!

Now available to pay direct in USD ($), Euros (€), or British Pounds (£)!
Thanks so much for your support!
@SteveTeTai

Recent posts by Kings of the Ring