LaNøra is creating content you must be 18+ to view. Are you 18 years of age or older? 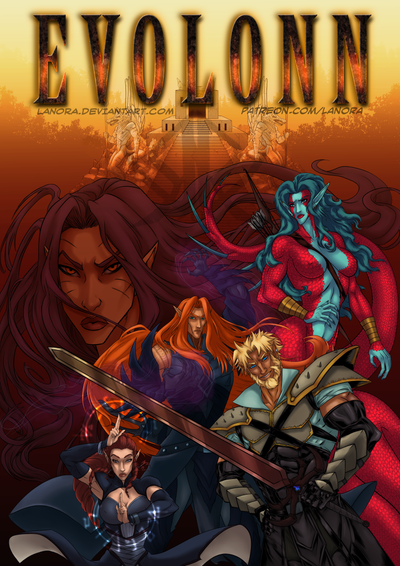 Additionally:
• Continuous support on this tier for a year or longer will ensure that your name or username is mentioned in Evolonn's production credits for the comic chapters you supported. 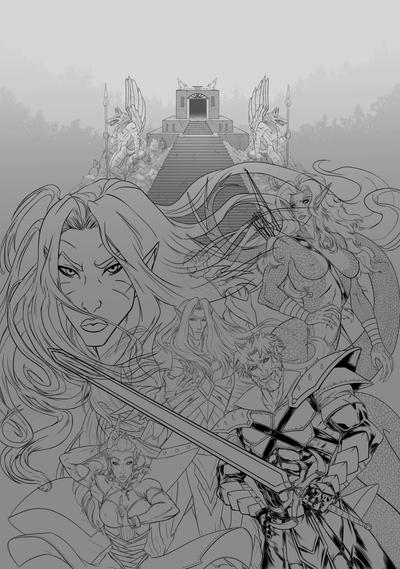 Additionally:
• Continuous support on this tier for a year or longer will ensure that your name or username is mentioned in Evolonn's production credits for the comic chapters you supported.
Includes Discord benefits 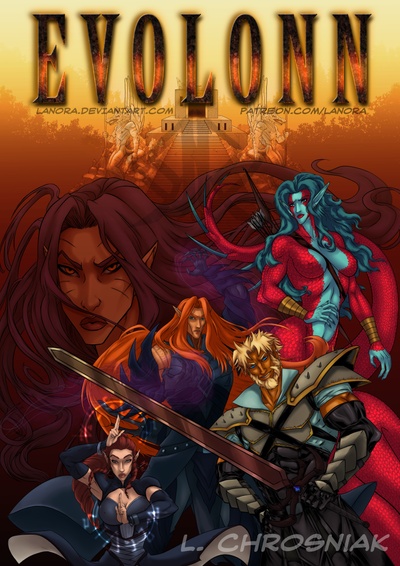 Additionally:
• Continuous support on this tier for a year or longer will ensure that your name or username is mentioned in Evolonn's production credits for the comic chapters you supported.

Korbik Bozwell and the Evolonnians travel in search of the fabled "Godstones" that Evolonn lost long ago in a malevolent attack known as the "Invasion of Evolonn".
Since then, the Godstones have changed hands, been sold, stolen, and have meandered across the world. Korbik's goal is to recover the stones to preserve the history of his people and make Evolonn a formidable power of the world again.

You'll get access to a lot of art already posted exclusively here just for becoming a patron. Each tier has its own awesome things to reward you with, so check 'em out and I hope you become a supporter.

There is a monochrome sample Evolonn comic (un-watermarked for patrons only) already posted through page 16 with an additional WIP of pg 17. It will be rewritten by the time it takes place in the story (don't worry- there aren't really any spoilers in it), but it's there to give you a feel for the art of EVOLONN, some of the characters, and their interactions with one another.

For Patrons of various tiers (fun things to look forward to seeing and having access to just for your general support on what I do for my comic):

EVOLONN is intended for MATURE audiences and will contain material that may not be suitable for children. Suggested age for reading: 18 and up

Blood, Gore, Violence, Adult themes, Crude Humor, Strong Language, Use of Alcohol and or Drugs, Sensuality, Nudity, Sexual Situations, Suggestive Themes, & Ideologically Sensitive Material.
*In addition to the above material, Evolonn may also contain references to homosexuality and bisexuality as well as DEPICT these types of relationships both sexually and non-sexually.
*All characters are fictional and those depicted in sexual situations on any artwork posted are age 19 years or older.
__________________________________________

*There are already lots of fun things on here for you to see if you become a patron now. Choosing the right tier for the additional content you would like to see will ensure you get access to that material when it is posted.

27% complete
Let's do a group voice chat to meet and greet my patrons for helping me reach this goal :D
We can do a screen share and I'll draw something while everyone watches!

Time & Date can be voted on (discord to chat, twitch for watching) :D