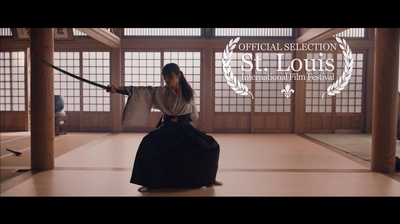 $5
per month
Join
You can enjoy these contents.

■Workshop movies
In this patreon page, she will upload workshop movie contents as below.
Sword performing, accurate shosa (conduct) of Katana, demonstration of motion acting.
She explains them in English and Japanese. It will be updated 2 or 3 times per a month.


■Online chat
You can chat with Kaori by entering Facebook private group or Youtube live stream page. It will be hold at least 2 times per a month. You can find chat link in the article. She talks in English or Japanese.


■Introducing Kaori's works
As sword performer, as an actress, as a singer, as a motion capture actor,,
Kaori has many careers. She introduces her works for each genres .

Being an actress with superb sword performance skills, her career includes appearances in many theatrical plays and movies. In 2019, A short film "LADY SAMURAI" has nominated in 6 movie festivals in Japan, USA and Canada. Lady Samurai - Trailer from James Latimer on Vimeo.


As a leading expert in motion capture acting, which the moves of video game and CG film characters rely on, she has played a large role in the globally praised video game "Final Fantasy" series, "NieR:Automata"(as 2B) , and a number of other well-known works.
Her latest work as motion capture actor is NETFLIX animation "GHOST IN THE SHELL: SAC_2045 ". Kaori performs main character "Motoko Kusanagi".


She is also known as a lead singer of Japanese art rock band KAO=S (pronounced as /kəɔs/).
Her beautiful voice and lithe, intense performances capture the minds of audiences all over the world.


She also leads the Samurai performance team IDEAL.
They have performed in many countries.