Pom is creating content you must be 18+ to view. Are you 18 years of age or older? 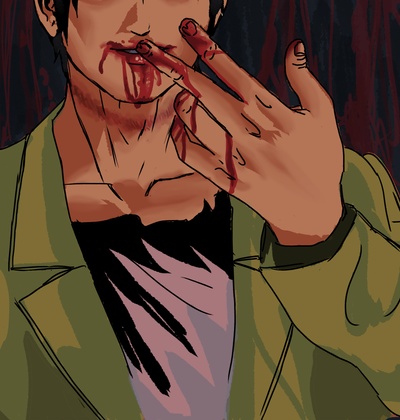 $1
per month
Join
Your support means the world to me! 👼 At Maggot, you get:
Includes Discord benefits 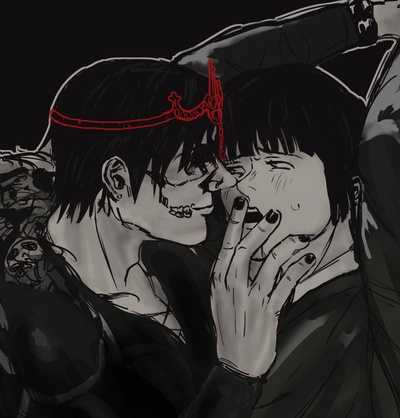 $3
per month
Join
Your support means the world to me! 👼💘👼💘 At Disciple, you get:
Includes Discord benefits 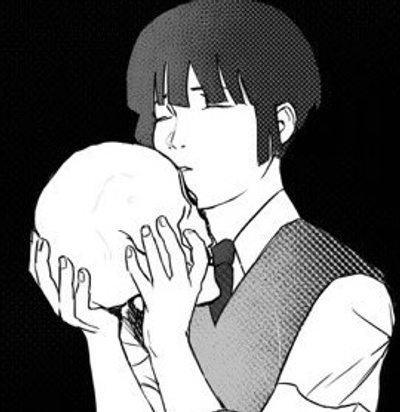 $10
per month
Join
Thank you for your generous support! 💗✨👼 This tier includes the benefits of Maggot and Disciple for a patron who wants to be a chief supporter of me and my work, and has a lot of extra funds for that. I love you so much!

Welcome! 🖤
My name is Pom and I create adult-themed illustrations, comics and chapter stories. My work is for viewers over the age of 18 only. I prefer to draw artwork that explores explicit topics, the queer, and the horrific. Thank you for choosing to check out my Patreon!

The Maggot Tier Is a general support tier. It offers benefits including up to 3 months early access to my art, voting power over what I draw for the month, SFW livestreams, and my exclusive discord server for chatting, art updates, and announcements.

The Disciple, Fanatic, and ArchRegent Tier will debut my new comic project, Little Death. As my patron on any of these three tiers, you will see new comic pages 3 months before they debut publicly! 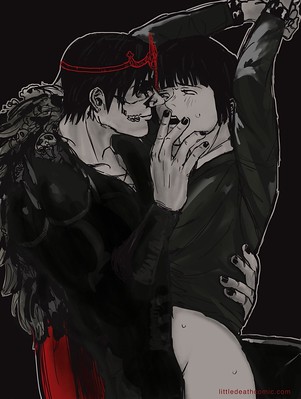 Little Death centers around Ellery, an unlucky student attending Lakemore School for Boys. While doing his best to fall under everyone’s radar after a traumatic experience—forcibly enrolled by his widowed father at an academy for girls—Ellery catches the interest of the disgraced son of an otherworldly monarch, a ghastly lich named Callisto. Callisto, who has been spying on Ellery for quite some time, takes a strong fascination with his divergent nature, and sees Ellery’s fragile mind as an instrument only he can masterfully tune. When Ellery finally works up the courage to confess to his crush, Benedetta, a worker on the school grounds, Callisto intervenes at just the right time to tamper with Ellery’s life and his love. By the time Ellery realizes that Callisto isn’t just a nightmare, it’s far too late to run…

This comic is a fantastical horror story with male/male romance elements. Ellery is a transgender boy and Callisto is a cisgender man. This comic contains NSFW (Not-Safe-For-Work) content, including dubious and nonconsensual sex acts, offensive language, unhealthy behaviors, abuse, blood, gore, and mental illness. Please keep that in mind and be mature enough to handle it. Starting from April 14th 2021, I will publish at least 2 pages of Little Death per week.

While I work on Little Death, I will also plan to debut my lesbian comic project, Putrid Flower.
It is about an unassuming college professor, Billie, and the ensuing conflict over their morally-wrong but obvious romantic chemistry with Nina, who is barely an adult. Comic release date To Be Announced in the near future. 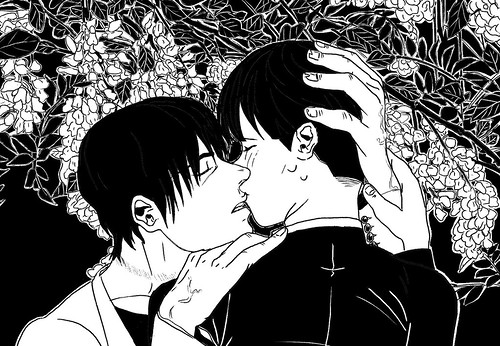 In addition I love to create fanwork and my favorite fictional pairing is Mob and Mogami from the manga Mob Psycho 100. I’m also currently into drawing fan art for many different fandoms. At Maggot Tier, you’ll get early access to my fanworks.

I am using Patreon as a way to support myself as an artist and to forge strong connections with people who love my work!

Thank you so much for taking the time to check out my page! 🖤

$147.11 of $2,000 per month
I considered pursuing this goal with a comic series reward in mind, but I believe in making art, instead of waiting for an excuse to make art! If I get here it will be a long shot, but every new patron brings me closer to realizing my dream of making a living telling stories which mean the world to me.
1 of 1